Relationships between colonists and Native Americans were complex and often violent. In 1761, Neolin, a prophet, received a vision from his religion’s main deity, known as the Master of Life. The Master of Life told Neolin that the only way to enter Heaven would be to cast off the corrupting influence of Europeans, by expelling the British from Indian country: “This land where ye dwell I have made for you and not for others. Whence comes it that ye permit the Whites upon your lands…Drive them out, make war upon them.” Neolin preached the avoidance of alcohol, a return to traditional rituals, and pan-Indian unity to his disciples, including Pontiac, an Ottawa leader.

Pontiac took Neolin’s words to heart and sparked the beginning of what would become known as Pontiac’s War against British soldiers, traders, and settlers. At its height, the pan-Indian uprising included native peoples from the territory between the Great Lakes, Appalachians, and the Mississippi River. Though Pontiac did not command all of the Indians participating in the war, his actions were influential in its development. Pontiac and 300 Indian warriors sought to take Fort Detroit by surprise in May 1763 but the plan was foiled, resulting in a six-month siege of the British fort. News of the siege quickly spread throughout Indian country and inspired more attacks on British forts and settlers. In May, Native Americans captured Forts Sandusky, Saint Joseph, and Miami. In June, a coalition of Ottawas and Ojibwes captured Fort Michilimackinac by staging a game of stickball (lacrosse) outside the fort. They chased the ball into the fort, gathered arms that had been smuggled in by a group of Native American women, and killed almost half of the fort’s British soldiers.

Though these Indians were indeed responding to Neolin’s religious message, there were many other practical reasons for waging war on the British. After the Seven Years War, Britain gained control of formerly French territory as a result of the Treaty of Paris. Whereas the French had maintained a peaceful and relatively equal relationship with their Indian allies through trade, the British hoped to profit from and impose “order.” For example, the French often engaged in the Indian practice of diplomatic gift giving. However, the British General Jeffrey Amherst discouraged this practice and regulated the trade or sale of firearms and ammunition to Indians. Most Native Americans, including Pontiac, saw this not as frugal imperial policy but preparation for war.

Pontiac’s War lasted until 1766. Native American warriors attacked British forts and frontier settlements, killing as many as 400 soldiers and 2000 settlers. Disease and a shortage of supplies ultimately undermined the Indian war effort, and in July 1766 Pontiac met with British official and diplomat William Johnson at Fort Ontario and settled for peace. Though the western Indians did not win Pontiac’s War, they succeeded in fundamentally altering the British government’s Indian policy. The war made British officials recognize that peace in the West would require royal protection of Indian lands and heavy-handed regulation of Anglo-American trade activity in Indian country. During the war, the British Crown issued the Royal Proclamation Line of 1763, which marked the Appalachian Mountains as the boundary between Indian country and the British colonies.

Coinciding with the end of the Seven Year’s War, the effects of Pontiac’s War were substantial and widespread. The war proved that coercion was not an effective strategy for imperial control, though the British government would continue to employ this strategy to consolidate their power in North America, most notably through the various Acts imposed on their colonies. Additionally, the prohibition of Anglo-American settlement in Indian country, especially the Ohio River Valley, sparked discontent. The French immigrant Michel-Guillaume Jean de Crèvecoeur articulated this discontent most clearly in his 1782 Letters from an American Farmer when he asked, “What then is the American, this new man?” In other words, why did colonists start thinking of themselves as Americans, not Britons? Crèvecoeur suggested that America was a melting pot of self-reliant individual landholders, fiercely independent in pursuit of their own interests, and free from the burdens of European class systems. It was an answer many wanted to hear and fit with self-conceptions of the new nation, albeit one that imagined itself as white, male, and generally Protestant. The Seven Years’ War pushed the thirteen American colonies closer together politically and culturally than ever before. In 1754, Benjamin Franklin suggested a plan of union to coordinate colonial defenses on a continental scale. Tens of thousands of colonials fought during the war. Of the 11,000 British soldiers present for the French surrender of Montreal in 1760, 6,500 were colonials from every colony north of Pennsylvania. At home, many heard or read sermons that portrayed the war as a struggle between civilizations with liberty-loving Britons arrayed against tyrannical Frenchmen and savage Indians. American colonists rejoiced in their collective victory as a millennial moment of newfound peace and prosperity. After nearly seven decades of warfare they looked to the newly acquired lands west of the Appalachian Mountains as their reward. 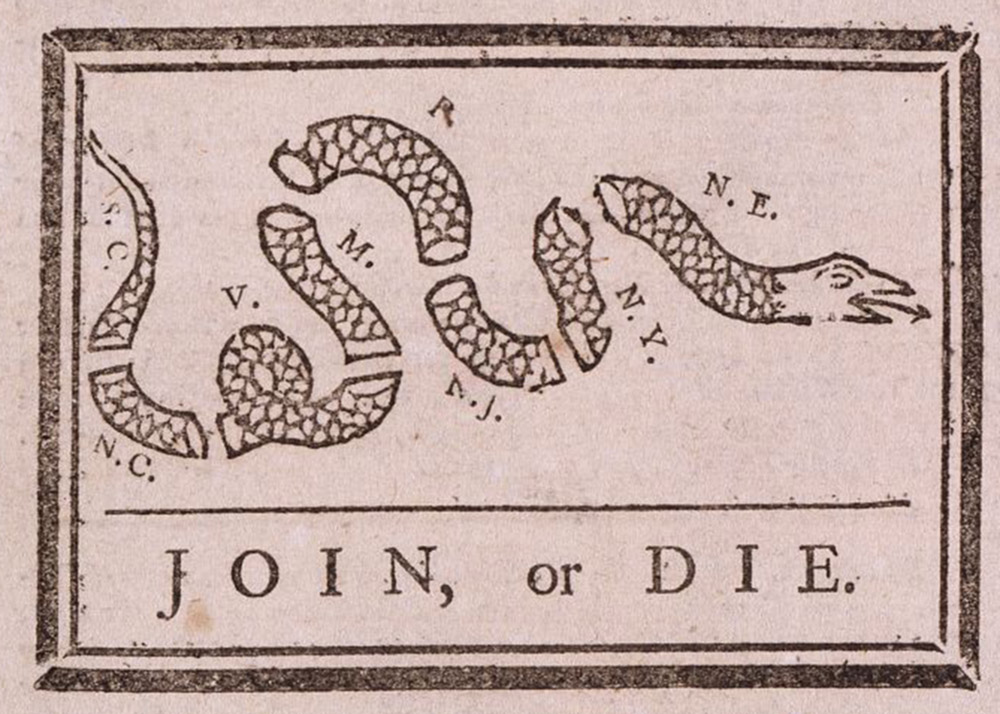 The war was tremendously expensive and precipitated imperial reforms on taxation, commerce, and politics. Britain spent over £140 million, an astronomical figure for the day. Tens of thousands of British soldiers served in America, and 10,000 were left to garrison the conquests in Canada and the Ohio Valley at a cost of £100,000. Britain wanted to recoup some of its expenses and looked to the colonies to share the costs of their own security. To do this, Parliament started legislating over all the colonies in a way rarely done before. As a result, the colonies began seeing themselves as a collective group, rather than just distinct entities. Different taxation schemes implemented across the colonies between 1763 and 1774 placed duties on items like tea, paper, molasses, and stamps for almost every kind of document. Consumption and trade, an important bond between Britain and the colonies, was being threatened. To enforce these unpopular measures, Britain implemented increasingly restrictive policies that eroded civil liberties like protection from unlawful searches and jury trials. The rise of an antislavery movement made many colonists worry that slavery, following increasing imperial involvement in trade and commerce, would soon be attacked. The moratorium on new settlements in the west after Pontiac’s War was yet another disappointment.