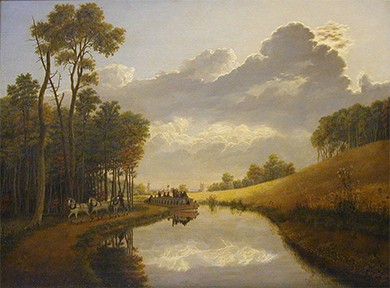 Toward the middle of the century, railroad construction kicked into high gear, and eager investors quickly formed a number of railroad companies. As a railroad grid began to take shape, it stimulated a greater demand for coal, iron, and steel. Soon, both railroads and canals crisscrossed the states, providing a transportation infrastructure that fueled the growth of American commerce. Indeed, the transportation revolution led to development in the coal, iron, and steel industries, providing many Americans with new job opportunities.