Recognize the impact of DNA mutations

In this outcome, we’ll learn just what mutations are and how they’re often connected to our DNA. 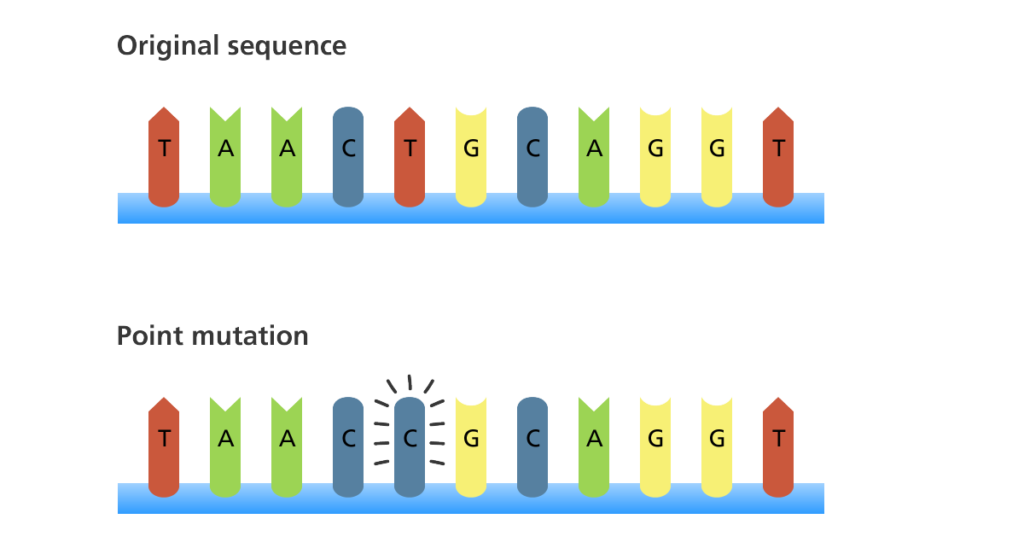 Figure 1. An illustration to show an example of a DNA mutation. Image credit: Genome Research Limited

Mutations in Somatic Cells and in Gametes

Let’s begin with a question: What is a gene mutation and how do mutations occur?

A gene mutation is a permanent alteration in the DNA sequence that makes up a gene, such that the sequence differs from what is found in most people. Mutations range in size; they can affect anywhere from a single DNA building block (base pair) to a large segment of a chromosome that includes multiple genes.

Gene mutations can be classified in two major ways:

Genetic changes that are described as de novo (new) mutations can be either hereditary or somatic. In some cases, the mutation occurs in a person’s egg or sperm cell but is not present in any of the person’s other cells. In other cases, the mutation occurs in the fertilized egg shortly after the egg and sperm cells unite. (It is often impossible to tell exactly when a de novo mutation happened.) As the fertilized egg divides, each resulting cell in the growing embryo will have the mutation. De novo mutations may explain genetic disorders in which an affected child has a mutation in every cell in the body but the parents do not, and there is no family history of the disorder.

Somatic mutations that happen in a single cell early in embryonic development can lead to a situation called mosaicism. These genetic changes are not present in a parent’s egg or sperm cells, or in the fertilized egg, but happen a bit later when the embryo includes several cells. As all the cells divide during growth and development, cells that arise from the cell with the altered gene will have the mutation, while other cells will not. Depending on the mutation and how many cells are affected, mosaicism may or may not cause health problems.

Most disease-causing gene mutations are uncommon in the general population. However, other genetic changes occur more frequently. Genetic alterations that occur in more than 1 percent of the population are called polymorphisms. They are common enough to be considered a normal variation in the DNA. Polymorphisms are responsible for many of the normal differences between people such as eye color, hair color, and blood type. Although many polymorphisms have no negative effects on a person’s health, some of these variations may influence the risk of developing certain disorders. 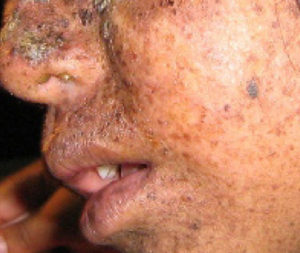 Figure 2. Xeroderma pigmentosa is a condition in which thymine dimerization from exposure to UV is not repaired. Exposure to sunlight results in skin lesions. (credit: James Halpern et al.)

A well-studied example of a mutation is seen in people suffering from xeroderma pigmentosa (Figure 2). Affected individuals have skin that is highly sensitive to UV rays from the sun.

Mutations may have a wide range of effects. Some mutations are not expressed; these are known as silent mutations. Point mutations are those mutations that affect a single base pair. The most common nucleotide mutations are substitutions, in which one base is replaced by another. These can be of two types, either transitions or transversions. Transition substitution refers to a purine or pyrimidine being replaced by a base of the same kind; for example, a purine such as adenine may be replaced by the purine guanine. Transversion substitution refers to a purine being replaced by a pyrimidine, or vice versa; for example, cytosine, a pyrimidine, is replaced by adenine, a purine. Mutations can also be the result of the addition of a base, known as an insertion, or the removal of a base, also known as deletion. Sometimes a piece of DNA from one chromosome may get moved to another chromosome or to another region of the same chromosome; this is also known as translocation.