Explain fetal development during the three trimesters of gestation 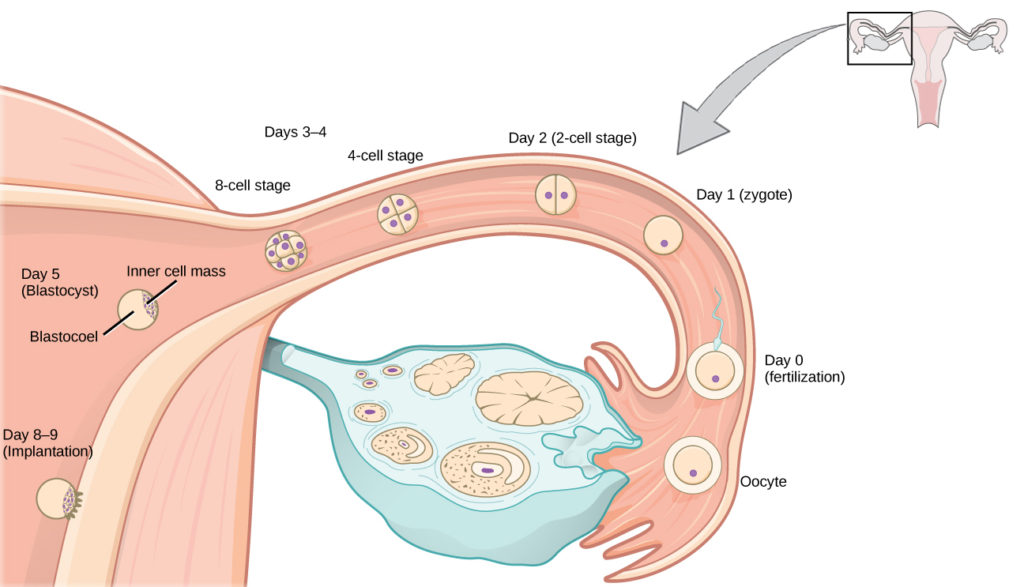 The gestation period is divided into three equal periods or trimesters. During the first two to four weeks of the first trimester, nutrition and waste are handled by the endometrial lining through diffusion. As the trimester progresses, the outer layer of the embryo begins to merge with the endometrium, and the placenta forms. This organ takes over the nutrient and waste requirements of the embryo and fetus, with the mother’s blood passing nutrients to the placenta and removing waste from it. 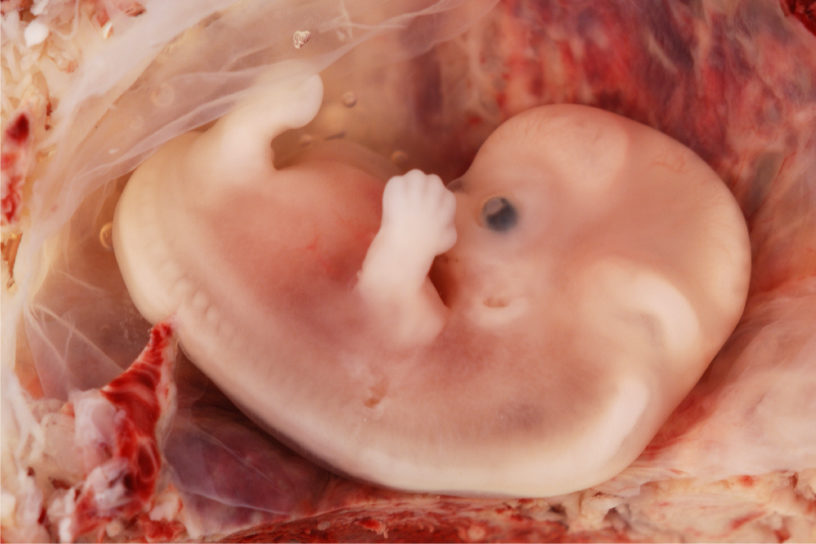 Chemicals from the fetus, such as bilirubin, are processed by the mother’s liver for elimination. Some of the mother’s immunoglobulins will pass through the placenta, providing passive immunity against some potential infections.

Internal organs and body structures begin to develop during the first trimester. By five weeks, limb buds, eyes, the heart, and liver have been basically formed. By eight weeks, the term fetus applies, and the body is essentially formed, as shown in Figure 2.

The individual is about five centimeters (two inches) in length and many of the organs, such as the lungs and liver, are not yet functioning. Exposure to any toxins is especially dangerous during the first trimester, as all of the body’s organs and structures are going through initial development. Anything that affects that development can have a severe effect on the fetus’ survival. 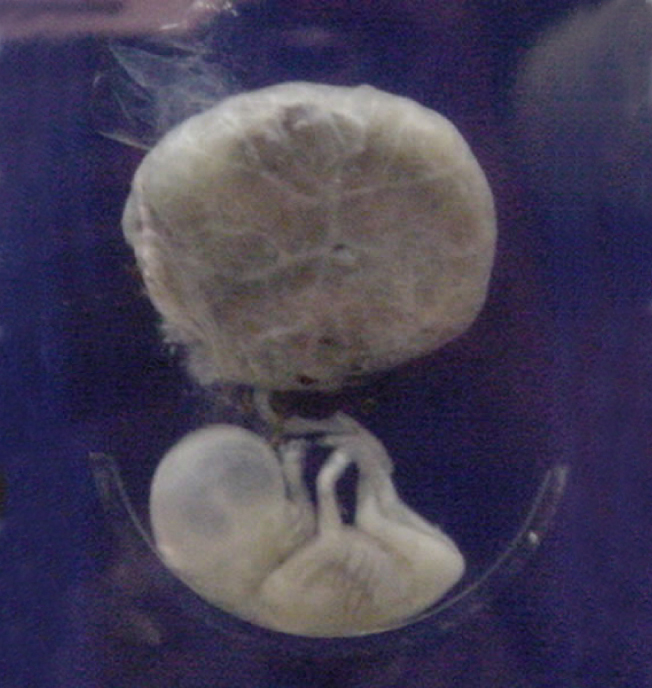 During the second trimester, the fetus grows to about 30 cm (12 inches), as shown in Figure 3. It becomes active and the mother usually feels the first movements. All organs and structures continue to develop.

The placenta has taken over the functions of nutrition and waste and the production of estrogen and progesterone from the corpus luteum, which has degenerated. The placenta will continue functioning up through the delivery of the baby.

During the third trimester, the fetus grows to 3 to 4 kg (6 ½–8 ½ lbs.) and about 50 cm (19–20 inches) long, as illustrated in Figure 4. This is the period of the most rapid growth during the pregnancy. Organ development continues to birth (and some systems, such as the nervous system and liver, continue to develop after birth). 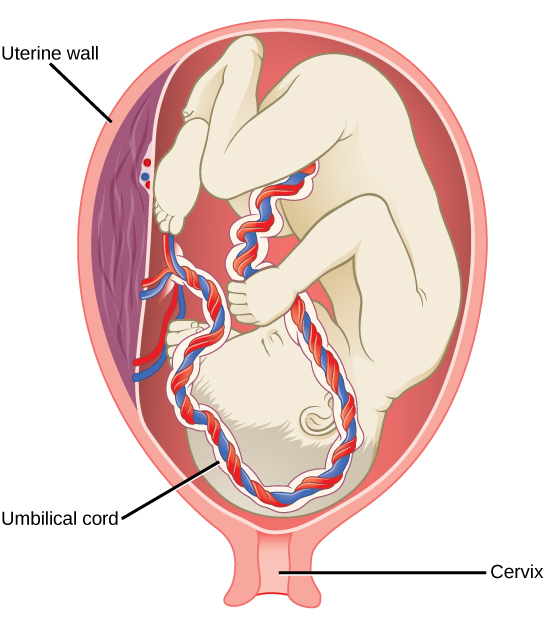 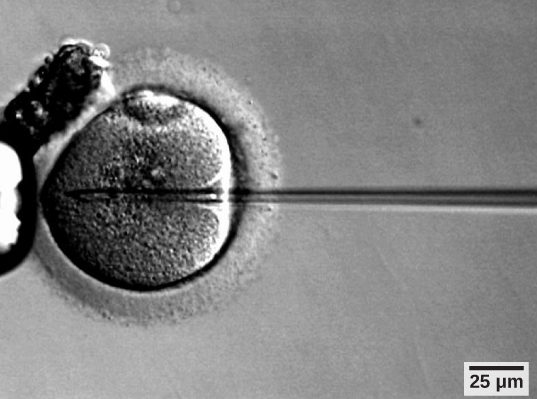