The phyla Echinodermata and Chordata (the phylum in which humans are placed) both belong to the superphylum Deuterostomia. Recall that protostome and deuterostomes differ in certain aspects of their embryonic development, and they are named based on which opening of the digestive cavity develops first. The word deuterostome comes from the Greek word meaning “mouth second,” indicating that the anus is the first to develop. There are a series of other developmental characteristics that differ between protostomes and deuterostomes, including the mode of formation of the coelom and the early cell division of the embryo. In deuterostomes, internal pockets of the endodermal lining called the archenteron fuse to form the coelom. The endodermal lining of the archenteron (or the primitive gut) forms membrane protrusions that bud off and become the mesodermal layer. These buds, known as coelomic pouches, fuse to form the coelomic cavity, as they eventually separate from the endodermal layer. The resultant coelom is termed an enterocoelom. The archenteron develops into the alimentary canal, and a mouth opening is formed by invagination of ectoderm at the pole opposite the blastopore of the gastrula. The blastopore forms the anus of the alimentary system in the juvenile and adult forms. The fates of embryonic cells in deuterostomes can be altered if they are experimentally moved to a different location in the embryo due to indeterminant cleavage in early embryogenesis.

Animals in the phylum Chordata share four key features that appear at some stage of their development: a notochord, a dorsal hollow nerve cord, pharyngeal slits, and a post-anal tail. In some groups, some of these traits are present only during embryonic development. In addition to containing vertebrate classes, the phylum Chordata contains two clades of invertebrates: Urochordata (tunicates) and Cephalochordata (lancelets). Most tunicates live on the ocean floor and are suspension feeders. Lancelets are suspension feeders that feed on phytoplankton and other microorganisms.

We will discuss the chordates in greater detail in a later module. For now, simply remember that most deuterostomes are chordates. 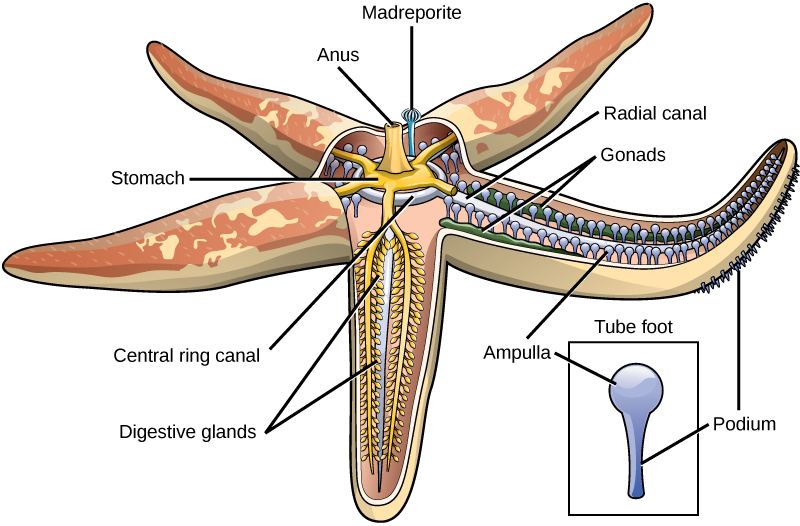 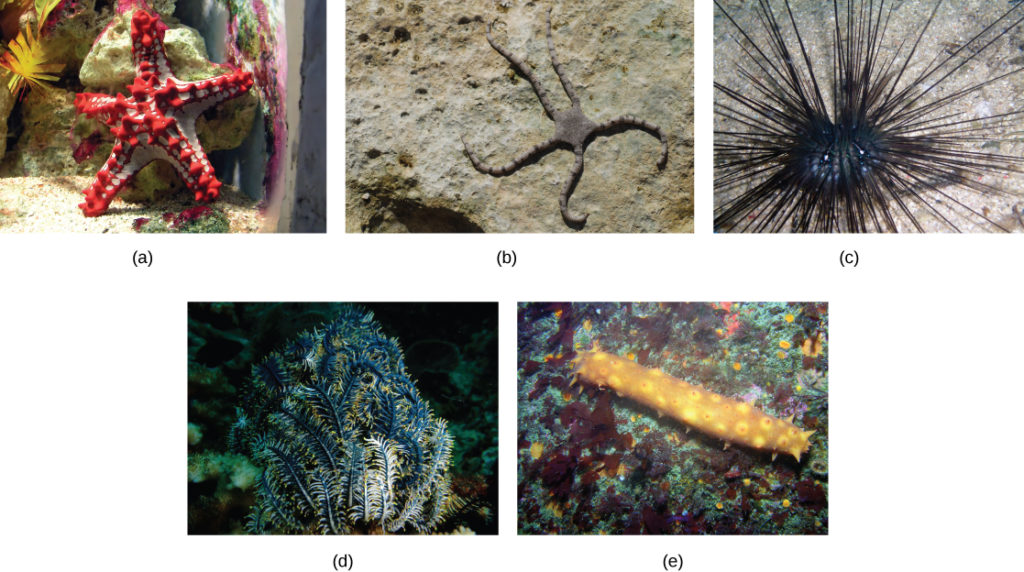