Recall that these smooth curves are mathematical models. We use a mathematical model to describe a probability distribution so that we can use technology and the equation of this model to estimate probabilities. (As we mentioned earlier, we do not study the equation for this curve in this course, but every statistical package uses this equation, and the area under the corresponding curve, to estimate probabilities.) 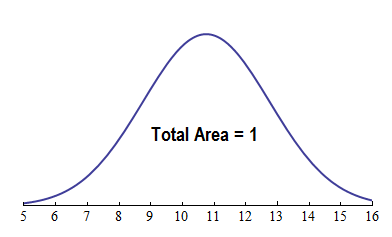 For example, if X is foot length, let’s find P(10 < X < 12), the probability that a randomly chosen male has a foot length anywhere between 10 and 12 inches. This probability is the area above the interval 10 < X < 12 and below the curve. We shaded this area with green in the following graph. 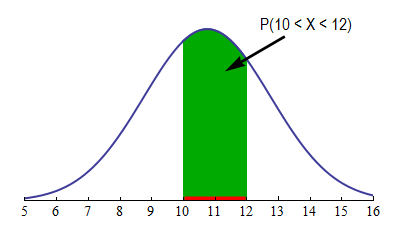 If, for example, we are interested in P(X < 9), the probability that a randomly chosen male has a foot length of less than 9 inches, we have to find the area shaded in green below: 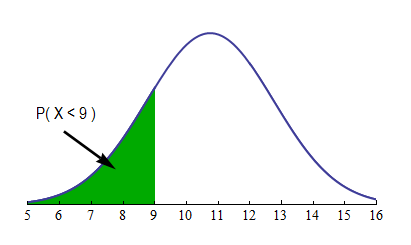 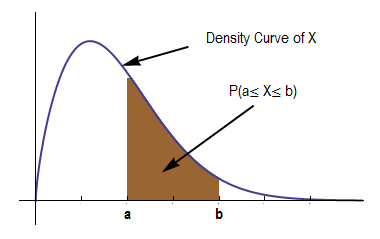