In our first example of exponential relationships, we investigate a nonlinear model for growth in a population over time.

The Return of the Bald Eagle 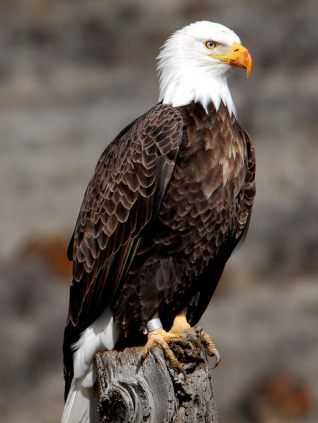 During the mid-20th century, the population of bald eagles in the lower 48 states declined substantially. A highly toxic pesticide, DDT, was the main cause of the decline. DDT causes damage to bird egg shells. By 1963, bald eagles were in danger of complete extinction. Only 417 pairs of bald eagles remained. In 1967, the bald eagle became an official endangered species. Then in 1972, the EPA banned the use of DDT in the United States. The impact of the ban was a dramatic turnaround in the fate of the bald eagle.

Here is the data. Note that in the table, we defined t, our explanatory variable, to be Years after 1950. The response variable is the number of bald eagle pairs that are mating. 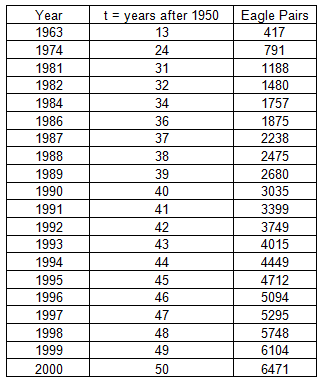 Our goal is to find an equation to model this relationship.

Here is a scatterplot of the data. We can see that the relationship appears somewhat linear, particularly for years after 1980 (t = 30). The correlation coefficient for this data set is high, r = 0.914. 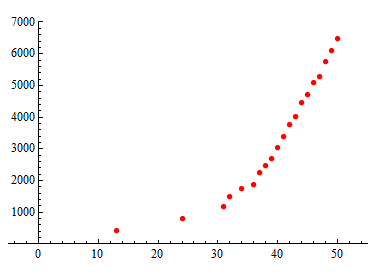 We see a clear pattern in the residuals, suggesting that a linear model does not capture patterns in the data.

Note: This is a reminder that a large r-value does not guarantee that a linear model is a good fit.

Conclusion: The data set for eagle pairs is clearly nonlinear. We need a better model. 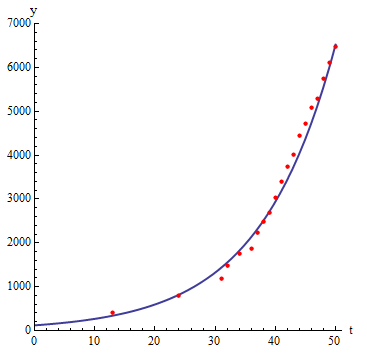