Types of Statistical Studies (4 of 4) 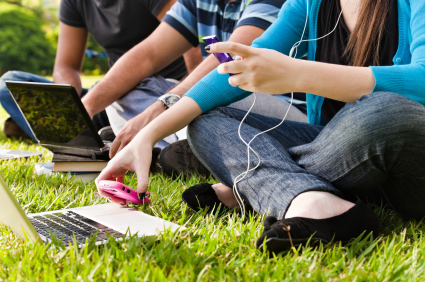 Do you constantly text-message while in class? Do you jump from one website to another while doing homework? If so, then you are a high-tech multitasker. In a study of high-tech multitasking at Stanford University, researchers put 100 students into two groups: those who regularly do a lot of media multitasking and those who don’t. The two groups performed a series of three tasks:

(1) A task to measure the ability to pay attention:

(2) A task to measure control of memory:

(3) A task to measure the ability to switch from one job to another:

The researchers concluded that “people who are regularly bombarded with several streams of electronic information do not pay attention, control their memory, or switch from one job to another as well as those who prefer to complete one task at a time” (as reported in Stanford News in 2009).

“When they’re [high-tech multitaskers] in situations where there are multiple sources of information coming from the external world or emerging out of memory, they’re not able to filter out what’s not relevant to their current goal,” said Wagner, an associate professor of psychology at Stanford. “That failure to filter means they’re slowed down by that irrelevant information.”

In general, we should not make cause-and-effect statements from observational studies, but in reality, researchers do it all the time. This does not mean that researchers are drawing incorrect conclusions from observational studies. Instead, they have developed techniques that go a long way toward decreasing the impact of confounding variables. These techniques are beyond the scope of this course, but we briefly discuss a simplified example to illustrate the idea. 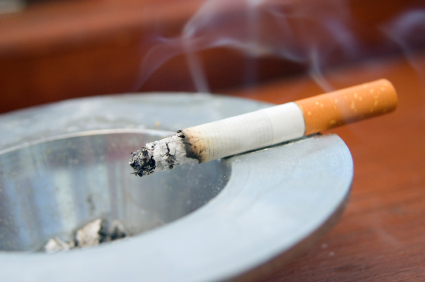 Consider this excerpt from the National Cancer Institute website:

Notice that the National Cancer Institute clearly states a cause-and-effect relationship between smoking and cancer. Now let’s think about the evidence that is required to establish this causal link. Researchers would need to conduct experiments similar to the hormone replacement therapy experiments done by the Women’s Health Initiative. Such experiments would be very difficult to do. The researchers cannot manipulate the smoking variable. Doing so would require them to randomly assign people to smoke or to abstain from smoking their whole life. Obviously, this is impossible. So how can we say that smoking causes cancer?

In practice, researchers approach this challenge in a variety of ways. They may use advanced techniques for making statistical adjustments within an observational study to control the effects of confounding variables that could influence the results. A simple example is the cell phone and brain cancer study.

However, even with such adjustments, we should be cautious about using evidence from an observational study to establish a cause-and-effect relationship. Researchers used these types of adjustments in the observational studies with hormone replacement therapy. We saw in that research that the results were still misleading when compared to those of an experiment.

So how can the National Cancer Institute state as a fact that smoking causes cancer?

They used other nonstatistical guidelines to build evidence for a cause-and-effect relationship from observational studies. In this approach, researchers review a large number of observational studies with criteria that, if met, provide stronger evidence of a possible cause-and-effect relationship. Here are some simplified examples of the criteria they use:

(1) There is a reasonable explanation for how one variable might cause the other.

(2) The observational studies vary in design so that factors that confound one study are not present in another.