Types of sources are usually put in the category of printed, electronic, or other. Within these categories are many sub-categories. Each of these sub-categories should be cited slightly differently in the APA format. Below explains the proper ways to list these different sources in the reference list, which should be attached at the end of a document.

•If the author’s name is not available, the organization name can be substituted 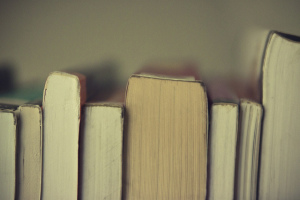 -Give the author’s last name followed by a comma and initials (don’t put the author’s full first or middle name).

-Place the copyright date in parentheses, followed by a period.

-Follow the city of publication with a comma and the two- letter postal abbreviation for the state. You do not have to give the state of large for well known cities such as New York and Boston.

-Indent the second and subsequent lines by five spaces.

• Book, Two or More Authors –Add as many authors as the publication has using the “&” symbol between.

– If the report doesn’t list an author, use the name of the agency that published it as the author. If it is a United States government agency, use “U.S”

– If the report has an identifying number, place it immediately after the title.

– List the names of the individual authors rather than the corporation if the names are given on the title page.

– If the names of the authors aren’t given on the title page, list the corporation as the author.

– When the author and publisher are the same, use the word “Author” as the name of the publisher.

• Essay in a Book

– When the author and publisher are the same, use the word “Author” as the name of the publisher.

– Give the full date of the issue, placing the year first.

– Provide the volume number but not the issue number.

– Be sure to italicize the magazine name as well as the issue number.

– In front of the page number for newspapers, write p. if there is one page, and pp. for a range of pages. 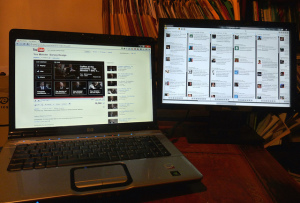 – Because the site doesn’t give the date this page was published on the web, use “n.d.” meaning “no date”.

–Include the title (in italics), the date (in parenthesis), the title of the series in italics, the electronic type and the city, state and manufacturer.

– References to e-mails are only in parentheses in the text and are not included in the Reference list in APA. The citation in the text includes the author’s initials as well as his or her last name and an exact date. 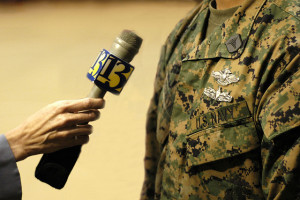 – Letters are treated in the same manner as e-mails in APA.
• Interview

– Interviews are treated in the same manner as e-mails in APA.