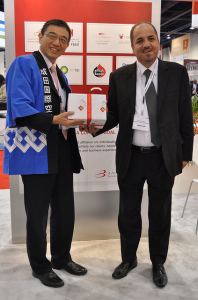 Today, the majority of workplaces are multicultural. Employees in the workplace are more likely to come from different backgrounds including cultural environments and different parts of the world. The textbook Technical Communication by Paul V. Anderson makes a point to emphasize cultural differences. It is important to take into account who a document will be read by.

The following characteristics show differences between cultures and should be considered by effective writers:

It is often difficult to determine who will be reading your documents. It is important to distinguish your audience before writing. When writing to a wide variety of people, knowing their cultural biases, assumptions, and customs are essential. There are a variety of resources online that provide cultural information about countries around the world. Understanding differences reduces the amount of miscommunication when doing global business. As an example, in the United States many times the date is written Month, Day, Year, but in other countries they write a date Day, Month, Year. Knowing this can reduce the confusion of when things are sent, due, and timelines. Learning information about other nationalities helps you relate to your readers as well as prepare you for the future. Readers will appreciate your knowledge about their customs.

Coworkers are a great source of intercultural information. People familiar with you and the company provide the best information about the expectations of your audience. If coworkers have previously written to your audience, they may be able to offer insight as to how your writing will be interpreted.

It is not always possible to know who your reading audience may be. Many emails or memos written to your intended audience may go through numerous people. Although you may be targeting one type of audience, it is important to not forget about the “phantom,” “future,” and “complex” readers.

Future Readers– Written communications may still be used weeks, months or even years after being written. Every company document is considered a legal document, so lawyers and judges could be future readers. Future readers can also be employees who retrieve old communications for information or ideas. Writing communications with future readers in mind will save time and give documents an appeal that will please a wide range of readers.

Complex Audiences– Addressing a group of people who will be reading from many perspectives is a complex audience. Focusing on writing to complex audiences will allow you to relate to people from many different backgrounds. It is important to relate to each reader while not taking away from your overall communication.