Presentations to Persuade, Getting Started

We are more easily persuaded, in general, by the reasons that we ourselves discovers than by those which are 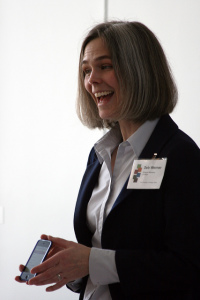 given to us by others.-Pascal

No doubt there has been a time when you wanted something from your parents, your supervisor, or your friends, and you thought about how you were going to present your request. But do you think about how often people—including people you have never met and never will meet—want something from you? When you watch television, advertisements reach out for your attention, whether you watch them or not. When you use the Internet, pop-up advertisements often appear. Living in the United States, and many parts of the world, means that you have been surrounded, even inundated, by persuasive messages. Mass media in general and television in particular make a significant impact you will certainly recognize.

Mass communication contains persuasive messages, often called propaganda, in narrative form, in stories and even in presidential speeches. When President Bush made his case for invading Iraq, his speeches incorporated many of the techniques we’ll cover in this chapter. Your local city council often involves dialogue, and persuasive speeches, to determine zoning issues, resource allocation, and even spending priorities. You yourself have learned many of the techniques by trial and error and through imitation. If you ever wanted the keys to your parents’ car for a special occasion, you used the principles of persuasion to reach your goal.