Research is defined by many academic disciplines, such as English or History, as primarily a textual process.  In other words, some researchers (commonly called “scholars”) focus on texts—that is, on responding to them, critiquing them, or in rereading them with a particular theory in mind, such as Capitalism, Marxism, Psychoanalysis, Behaviorism, Deconstruction, Modernism, Postmodernism. Additionally, scholars can develop their work in response to everyday experiences, issues in the popular culture, the media, and the Internet. Beyond debate and logic, scholars lack a way to prove one idea or approach is superior to any other. 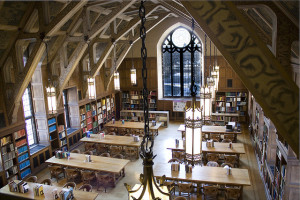 Trained in the traditions and methods of Western humanism, scholars rely on dialectic, seeking knowledge via the deliberate confrontation of opposing viewpoints. This emphasis on dialectic is sometimes referred to as the ceaseless debate, a cycle of interpretation and reinterpretation. The knowledge scholars generate is often about the meaning of texts, derived from the act of reading, articulated as critical analysis, and refined by dialectic. For example, historians argue about the best ways to interpret a body of texts. Critics argue about which theory provides the most worthwhile reading of the canon—that is, a privileged set of texts. Philosophers argue about a philosopher’s ideas or about a body of texts that advocate a particular philosophical position.

In addition to focusing on texts—what they mean, how they should be read—scholars develop ideas by responding to, and drawing on, their personal experiences as well as ideas found in the media. In other words, scholars can address topics that emerge from their everyday experiences as a member of a culture. Rather than relying on observations of the empirical world and developing or testing hypotheses, scholars are engaged in the great debate—a never-ending dialectic about ideas. Unlike the methodologies informed by Positivism, scholars lack a way to prove or disprove their positions. Ultimately, scholars are more concerned with participating in the great debate, the scholarly exchange of ideas, as opposed to presuming that truth will one day be found so the debate will need to come to an end. Scholars make meaning by discussing texts and by applying theories to create new readings of texts.

At modern research universities, scholars tend to reside in departments in such departments as English, 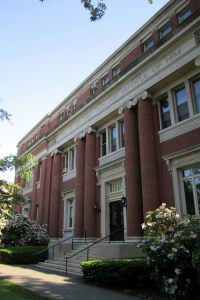 American Studies, Philosophy, and History. However, all disciplines rely on a scholarly methodology when they conduct debates about ideas, texts, and events. Additionally, some of the activities of scholars appear within the methodologies of other research communities that appear within writingcommons.com — especially the ability to summarize and paraphrase the work of others and the ability to dissect and critique the reasoning of other writers.

Across academic disciplines, scholars have developed unique ways to contribute knowledge. Historians, for example, practice a different version of scholarship than philosophers or critics. Historians tend to use a narrative structure, while philosophers and critics prefer an argumentative structure. In contrast to historians and philosophers, critics are concerned with establishing a body of texts (i.e. a canon) for interpretation, interpreting those texts, and generating theories about both of these activities.