The Dashboard page of your Lumen text is a good way to see what content is in the book.  However, it offers limited functions for manipulating content.

The “Organize” page is a much better starting point for making changes to the structure of your book.  You’ll ultimately spend more time on the Organize page than on the Dashboard page. 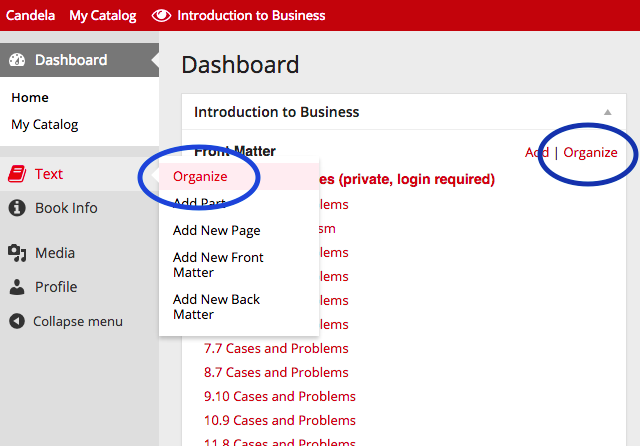 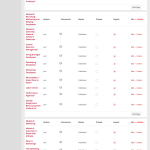 Candela distinguishes between Pages and Parts.  “Parts” equate to chapters, or buckets of content (i.e., modules or units).  Pages are single bits of content that live inside of these Parts.

Candela uses Drag & Drop to reorder existing pages.  If something currently is living in the first part, and you want to move it later in the same part, or even down to the last part of the book, just grab it with your mouse and drag it to its new home.

To move existing parts into a different order, you’ll need to use the “Edit” option at the top of the Part you’d like to move.

By default, the Parts will be given a sequential order.  To reorder, adjust the number under the “Attributes” section.

Or, if you know you’re not going to use a particular part at all, you can choose to make it invisible, which will make it disappear from public view.  (You’ll still see it on the dashboard and edit screens.)

The skipped numbers won’t appear or take up space in your book.  It will make it easier, though, if you decide later to add in another part.  Assign the new part a number in the gap, and then you won’t have to renumber every other part in the book to adjust.