The media are a potential resource for disadvantaged groups subject to discrimination to try to energize their members, attract support (sway opinion, raise funds) from the public, and achieve their policy objectives.

Generating positive media depictions can be a struggle for disadvantaged groups, but it has proved essential in their progress toward achieving their civil rights.

Civil rights movements’ interactions with the media tend to move in stages. At first, fearing biased depictions, these groups try to stay out of the media or work defensively to limit negative coverage. Over time, activists become more sophisticated in dealing with the news media and more determined to use news attention as leverage. Their challenge is to find ways to “package” the discrimination they face every day into a compelling breaking story.

Demonstrations, marches, and protests are one way to respond, although they can quickly become “old news.” Some activists end up conducting larger and more militant protests in order to get covered, but this can be detrimental. After 1965, for example, the African American civil rights movement divided, as some participants embraced the confrontational, even inflammatory rhetoric of the “Black Power” movement. Coverage of militancy easily turns negative, so activists have learned to anticipate the needs of the news media and become more disciplined when they plan their activities. As a result, they may downplay controversial issues and stress less sweeping policy changes.

Members of disadvantaged groups are quick to see the media acting as agents of discrimination, reinforcing derogatory stereotypes.[1] They therefore monitor media content and apply pressure on both news and entertainment media to influence how their members are portrayed.[2] They threaten boycotts of media companies and advertisers. One of the first endeavors of the National Association for the Advancement of Colored People (NAACP) was to protest against D. W. Griffith’s feature film Birth of a Nation (1913), which portrayed African Americans after the Civil War as stupid and venal and celebrated the Ku Klux Klan. Even if the controversy does not end in a withdrawal of the offensive material, it sensitizes media executives to the risks of potentially inflammatory programming.

Targets of public criticism may respond by reforming their depictions. Griffith himself was stung by the accusations of insensitivity. His next film, Intolerance (1916), is an eloquent epic combining multiple stories across the ages to plead for understanding between groups. More recently, director Jonathan Demme faced protests from lesbian and gay groups over his film Silence of the Lambs, whose villain was a seductive, murderous cross-dresser. In response, Demme’s next film, Philadelphia, featured Tom Hanks as a sympathetic gay man with AIDS who sues the law firm that fired him.

Through old and new media, disadvantaged groups can reach out and mobilize among themselves in favor of civil rights.

Supportive media have long prospered in one old technology: newsprint. Newspapers aimed at black readers date back to Freedom’s Journal, a newspaper founded in 1827 in New York to rebut the racist claims of other newspapers. Today the black press, ranging from small local weeklies to glossy high-circulation national magazines like Ebony and Jet, continues the tradition. It provides news items that might otherwise go unnoticed in the mainstream media and also adds information and interpretation about ongoing stories explicitly taking the interests and viewpoints of African Americans into account.[3]

The burgeoning number of foreign-language daily and weekly newspapers (many of them also online), which serve other racial and ethnic minorities, are among the few gaining readership today. Many are small, independent operations; others are offshoots of established newspapers such as El Nuevo Herald in Miami or Viet Mercury in San Jose. They often provide information and perspectives that challenge narrow or stereotypical coverage. Magazines such as Ms. enable women to address each other about political concerns.

There are numerous resources online that can inform disadvantaged individuals and groups about their civil rights. Websites such as Civilrights.org, sponsored by the Leadership Conference on Civil Rights, provide up-to-date information about a wide range of issues, such as how homeowners with disabilities can protect their homes during an economic downturn. Rich resources recounting the struggles for civil rights throughout history are available online, including the Library of Congress’s Voices of Civil Rights, an online exhibition of thousands of documents, oral histories, photos, and news reports on the African American civil rights movement.

Disadvantaged groups use digital media to mobilize an often far-flung constituency and spark action for civil rights. They organize online communities on Facebook to share information and concerns. They use e-mail alerts and text messages to keep their supporters abreast of the latest developments and to call them to action when needed. They orchestrate blast e-mail messages and online petitions urging members of Congress to support their cause.

The media sometimes sympathetically depict and amplify disadvantaged groups’ demands for civil rights, especially when they are voiced by individuals who ask only for equality of opportunity and to be judged on their own merits. Coverage is unfavorable when it frames the demands as undeserved or requiring special privileges or the issue as a conflict in which one side will win and the other lose. The media’s frame of interracial conflict increases racial divides on affirmative action. If affirmative action is presented in terms that are less stark than win-lose or either-or, whites’ views become more favorable.[4]

Civil rights issues often make the news in the form of dramatic, unexpected events. Two widely publicized hate crime murders from 1999 drew attention to these issues. James Byrd Jr., an African American, was chained to the back of a truck and dragged to his death in Jasper, Texas. Matthew Shepard, a gay University of Wyoming student was beaten, tied to a remote fence in Laramie, and left to die. These murders provoked massive attention to the threat of violence against African Americans and gay men.

Televised docudramas were made about both cases. The media’s constant images of the dusty back roads of Jasper and the buck-and-rail fence outside Laramie evoked images of the old South and the Wild West. These media depictions sparked debates about the persistence of discrimination. But they presented it is an isolated problem, and not one that concerns mainstream America.

The media can depict members of disadvantaged groups positively to the public. Given that most Americans are surrounded by and interact with people like themselves, such visibility can push toward understanding and tolerance. Perhaps the most notable example of this effect is the shift in the portrayals of gay people in the mass media.[5]Positive images appeared on television series, such as Will and Grace. Familiar, openly gay showbiz personalities appear on talk shows, including Ellen DeGeneres, who “came out of the closet” in real life and in playing her character in her situation comedy Ellen. She subsequently hosted a talk show of her own. Such depictions create a climate of tolerance in which gay people are more comfortable being open. As a result, more Americans report knowing someone who is gay, which in turn increases their support for equal treatment.[6] 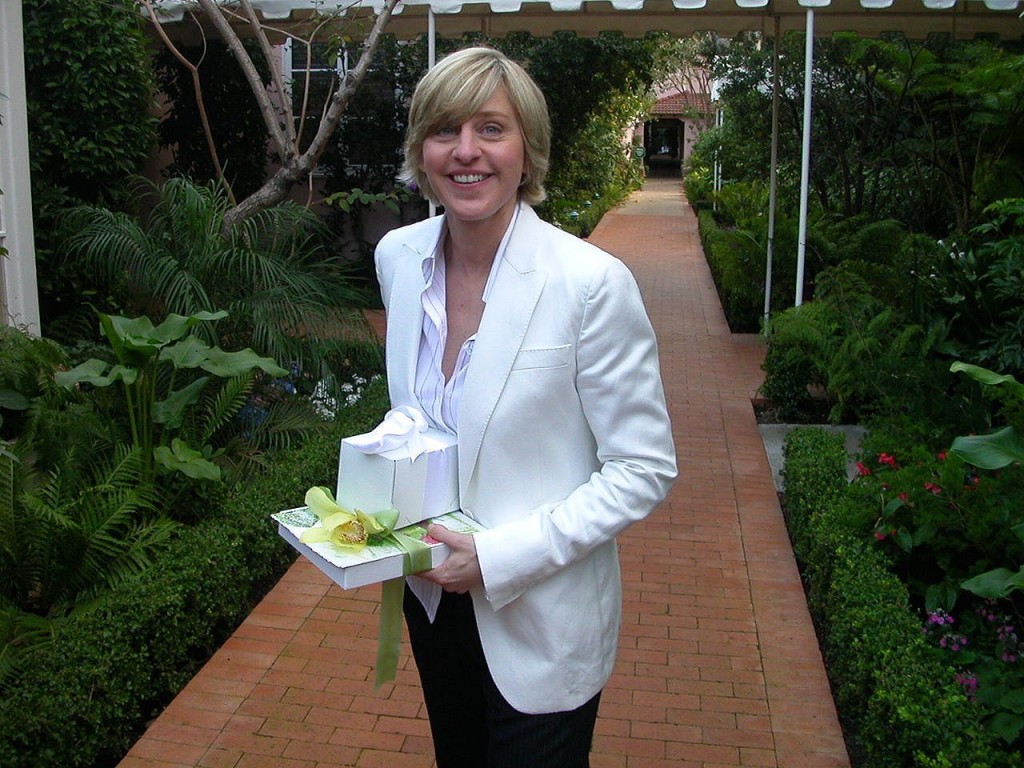 Ellen DeGeneres’s character on her situation comedy Ellen came out of the closet, and so did DeGeneres herself, to huge media attention.

In this section we showed that the media are a potential resource for disadvantaged groups to energize their members, sway public opinion, and achieve their policy objectives. Such groups may engage in behavior that attracts media attention; they may monitor and try to influence media coverage. Disadvantaged groups also benefit from their own media and through their use of digital media. Depictions in the mass media can be unfavorable—for example, when a group’s demands are framed as undeserved or requiring special privileges—or favorable, as in portrayals of gays on television entertainment shows.