Reading: Organization and Ownership of Media

Concentration of media ownership, also known as media consolidation or media convergence, is a process whereby progressively fewer individuals or organizations control increasing shares of the mass media. Contemporary research demonstrates increasing levels of consolidation, with many media industries already highly concentrated and dominated by a very small number of firms. Over the years there have been many merger attempts, some successful, and others unsuccessful. Over time the amount of media merging has increased and the amount of media outlets have increased. This means that there are fewer companies owning more media sources, thereby increasing the concentration of ownership.

Examples of Media Mergers and Their Potential Effect

In the United States, media consolidation has been in effect since the early twentieth century with major studios dominating movie production. Before that, there was a period in which Edison monopolized the industry. The music and television industries recently witnessed cases of media consolidation when SONY Music Entertainment’s parent company merged their music division with Bertelsmann AG’s BMG to form Sony BMG. TimeWarner’s The WB and CBS Corp’s UPN also merged to form The CW. In the case of Sony BMG, there was a “Big Five” (now “Big Four”) conglomerate of major record companies, while The CW’s creation was an attempt to consolidate ratings and stand up to the “Big Four” of American television (this was despite the fact that The CW was, in fact, partially owned by CBS, one of the “Big Four”). In television, the vast majority of broadcast and basic cable networks, over a hundred in all, are controlled by nine corporations: News Corporation (the Fox family of channels), The Walt Disney Company (which includes the ABC, ESPN and Disney brands), CBS Corporation, Viacom, Comcast (which includes the NBC brands), Time Warner, Discovery Communications, EW Scripps television, or some combination thereof (including the aforementioned The CW as well as A&E networks, which is a consortium of Comcast and Disney). 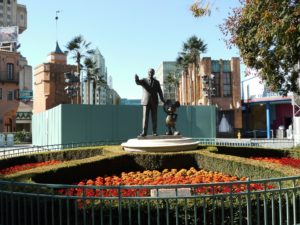 Another example occurred in 1999, when Viacom made CBS an offer of $37 billion to buy them out. This buyout caused a lot of hype and many people were worried that this merge would decrease diversity and the quality of journalism because of the increased political influence.

There are also some large-scale owners in an industry that are not the causes of monopoly or oligopoly. For example, Clear Channel Communications, especially since the Telecommunications Act of 1996, acquired many radio stations across the United States, and came to own more than 1,200 stations. However, the radio broadcasting industry in the United States and elsewhere can be regarded as oligopolistic regardless of the existence of such a player. Because radio stations are local in reach, each station licenses a specific part of spectrum by the FCC in a certain local area, any local market is served by a limited number of stations. In most countries, this system of licensing makes many markets local oligopolies. The similar market structure exists for television broadcasting, cable systems, and newspaper industries, all of which are characterized by the existence of large-scale owners. Concentration of ownership is often found in these industries.