Deindustrialization and the Rise of the Sunbelt 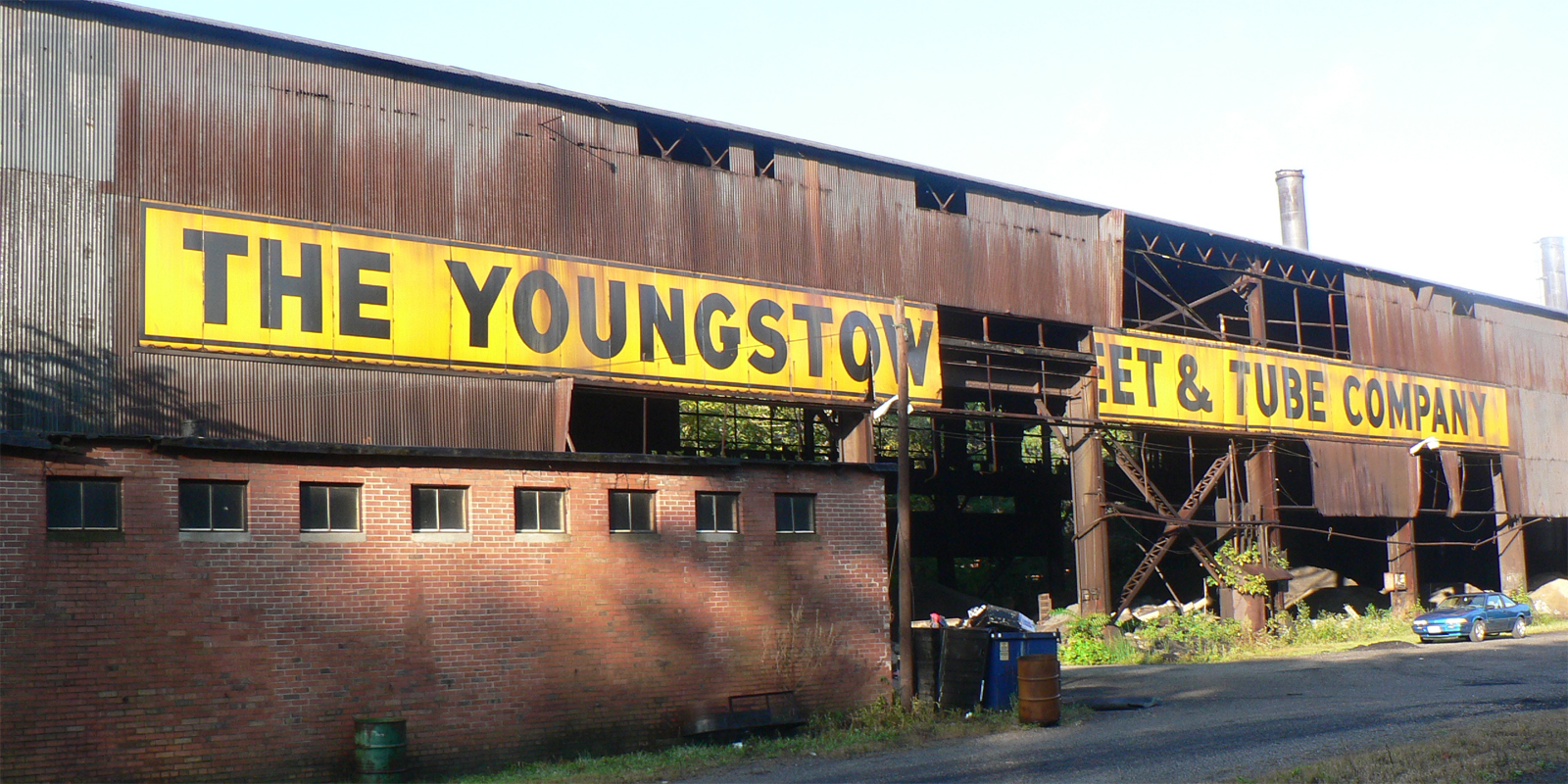 Though black leaders like King and Rustin denounced urban violence, they recognized the frustrations that fueled it. In the still-moldering ashes of Jim Crow, African Americans in Watts and similar communities across the country bore the burdens of lifetimes of legally sanctioned discrimination in housing, employment, and credit. The inner cities had become traps that too few could escape.

Segregation survived the legal dismantling of Jim Crow. The perseverance into the present day of stark racial and economic segregation in nearly all American cities destroyed any simple distinction between southern “de jure” segregation and non-southern “de facto” segregation.

Meanwhile, whites and white-owned businesses fled the inner cities, depleted municipal tax bases, and left behind islands of poverty. This flight of people and capital was felt most acutely in the deindustrializing cities of the Northeast and Midwest. Few cases better illustrate these transformations than Detroit. As the automobile industry expanded and especially as the United States transitioned to a wartime economy during World War II, Detroit boomed. When auto manufacturers like Ford and General Motors converted their assembly lines to build machines for the American war effort, observers dubbed the city the “arsenal of democracy.” Newcomers from around the country flooded the city looking for work. Between 1940 and 1947, manufacturing employment increased by 40 percent, and between 1940 and 1943 the number of unemployed workers fell from 135,000 to a mere four thousand. Thanks to New Deal labor legislation and the demands of war, unionized workers in Detroit and elsewhere enjoyed secure employment and increased wages. A vast middle class populated a thriving city with beautiful public architecture, theaters, and libraries.

Workers made material gains throughout the 1940s and 1950s. During the so-called “Great Compression,” Americans of all classes enjoyed in postwar prosperity. A highly progressive tax system and powerful unions lowered income inequality. Rich and poor advanced together. Working class standard-of-living nearly doubled between 1947 and 1973 and unemployment continually fell.

But general prosperity masked deeper vulnerabilities. After the war automobile firms began closing urban factories and moving to outlying suburbs. Several factors fueled the process. Some cities partly deindustrialized themselves. Municipal governments in San Francisco, St. Louis, and Philadelphia banished light industry to make room for high-rise apartments and office buildings. Mechanization seemed to contribute to the decline of American labor. A manager at a newly automated Ford engine plant in postwar Cleveland captured the interconnections between these concerns when he glibly noted to United Automobile Workers (UAW) president Walter Reuther, “you are going to have trouble collecting union dues from all of these machines.” More importantly, however, manufacturing firms sought to lower labor costs by automating, downsizing, and relocating to areas with “business friendly” policies such as low tax rates, anti-union “right-to-work” laws, and low wages.

Detroit began to bleed industrial jobs. Between 1950 and 1958, Chrysler cut its Detroit production workforce in half. In the years between 1953 and 1959, East Detroit lost ten plants and over seventy-one thousand jobs. Detroit was a single-industry town, it was built upon the auto industry. Decisions made by the “Big Three” automakers, therefore, reverberated across the city’s industrial landscape. When auto companies mechanized or moved their operations, ancillary suppliers such as machine tool companies were cut out of the supply chain and were likewise forced to cut their own workforce. Between 1947 and 1977, the number of manufacturing firms in the city dropped from 3,272 to fewer than two thousand. The labor force was gutted. Manufacturing jobs fell from 338,400 to 153,000 over the same three decades.

Industrial restructuring decimated all workers, and many middle-class blacks managed to move out of the city’s ghettoes, but deindustrialization fell heaviest on the city’s African Americans. By 1960, 19.7 percent of black autoworkers in Detroit were unemployed, compared to just 5.8 percent of whites. Overt discrimination in housing and employment had for decades confined blacks to segregated neighborhoods where they were forced to pay exorbitant rents for slum housing. Subject to residential intimidation and cut off from traditional sources of credit, few blacks could afford to follow industry as it left the city for the suburbs and other parts of the country. Detroit devolved into a mass of unemployment, crime, and crippled municipal resources. When riots rocked Detroit in 1967, 25 to 30 percent of blacks between age eighteen and twenty-four were unemployed.

Deindustrialization went hand in hand with the long assault on unionization that had begun in the aftermath of World War II. Without the political support they had enjoyed during the New Deal years, unions such as the Congress of Industrial Organizations (CIO) and the United Auto Workers (UAW) shifted tactics and accepted labor-management accords in which cooperation, not agitation, was the strategic objective. This accord held mixed results for workers. On the one hand, management encouraged employee loyalty through privatized welfare systems that offered workers health benefits and pensions. Grievance arbitration and collective bargaining also allowed workers official channels in which to criticize and push for better conditions. At the same time, unions became increasingly weighed down by bureaucracy and corruption. Union management came to hold primary influence in what was ostensibly a “pluralistic” power relationship, and workers—though still willing to protest—by necessity pursued a more moderate agenda compared to the union workers of the 1930s and 40s.

The decline of labor coincided with ideological changes within American liberalism. Labor and its political concerns undergirded Roosevelt’s New Deal coalition, but by the 1960s many liberals had forsaken working class politics. More and more saw poverty as stemming not from structural flaws in the national economy, but from the failure of individuals to take full advantage of the American system. For instance, while Roosevelt’s New Deal might have attempted to rectify unemployment with government jobs, Johnson’s Great Society and its imitators funded government-sponsored job training, even in places without available jobs. Union leaders in the ‘50s and ‘60s typically supported such programs and philosophies.

Widely shared postwar prosperity leveled off and began to retreat by the mid-1970s. Growing international competition, technological inefficiency, and declining productivity gains stunted working- and middle-class wages. As the country entered recession, wages decreased and the pay gap between workers and management began its long widening. The tax code became less progressive and labor lost its foothold in the marketplace. Unions representing a third of the workforce in the 1950s, but only one in ten workers belonged to one as of 2006.

Geography dictated much of labor’s fall. American firms fled from pro-labor states in the 1970s and 1980s. Some went overseas in the wake of new trade treaties to exploit low-wage foreign workers, but others turned to the anti-union states in the South and West stretching from Virginia to Texas to southern California. Factories shuttered in the North and Midwest and by the 1980s commentators had dubbed America’s former industrial heartland the “the Rust Belt.”

Coined by journalist Kevin Phillips in 1969, the “Sun Belt” refers to the swath of southern and western states that saw unprecedented economic, industrial, and demographic growth after World War II. During the New Deal, President Franklin D. Roosevelt declared the American South “the nation’s No. 1 economic problem” and injected massive federal subsidies, investments, and military spending into the region. During the Cold War, Sun Belt politicians lobbied hard for military installations and government contracts for their states.

The South attracted business but struggled to share their profits. Middle class whites grew prosperous, but often these were recent transplants, not native southerners. As the cotton economy shed farmers and laborers, poor white and black southerners found themselves mostly excluded from the fruits of the Sun Belt. Public investments were scarce: white southern politicians channeled federal funding away from primary and secondary public education and toward high-tech industry and university-level research. The Sun Belt inverted Rust Belt realities: the South and West brought growing numbers of high-skill, high-wage jobs but lacked the social and educational infrastructure needed to supply the native poor and middle classes with those same jobs.

Sunbelt cities were automobile cities. They sprawled across the landscapes. Public space was more limited than in older, denser cities. Politics often revolved around suburban life. Housewives organized reading groups in their homes, and from those reading groups sprouted new organized political activities. Prosperous and mobile, old and new suburbanites gravitated towards an individualistic vision of free enterprise espoused by the Republican Party. Some, especially those most vocally anti-communist, joined groups such as the Young Americans for Freedom and the John Birch Society.  Less radical suburban voters, however, still gravitated towards the more moderate brand of conservatism promoted by Richard Nixon.