In the decades after the American Civil War, the United States exerted itself in the service of American interests around the world. In the Pacific, Latin America, and the Middle East, and most explicitly in the Spanish-American War and under the foreign policy of Theodore Roosevelt and William Howard Taft, the United States expanded upon a long history of exploration, trade, and cultural exchange to practice something that looked remarkably like empire. Meanwhile, as the United States asserted itself abroad, it received ever more numbers of foreign peoples at home. European and Asian immigrants poured into the United States. In a sense, imperialism and immigration raised similar questions about American identity: who was an “American,” and who wasn’t? What were the nation’s obligations to foreign powers and foreign peoples? And how accessible—and how fluid—should American identity be for newcomers? Such questions confronted late-nineteenth-century Americans with unprecedented urgency, and the following sources attempt to shed light on how they were approached by contemporary Americans. 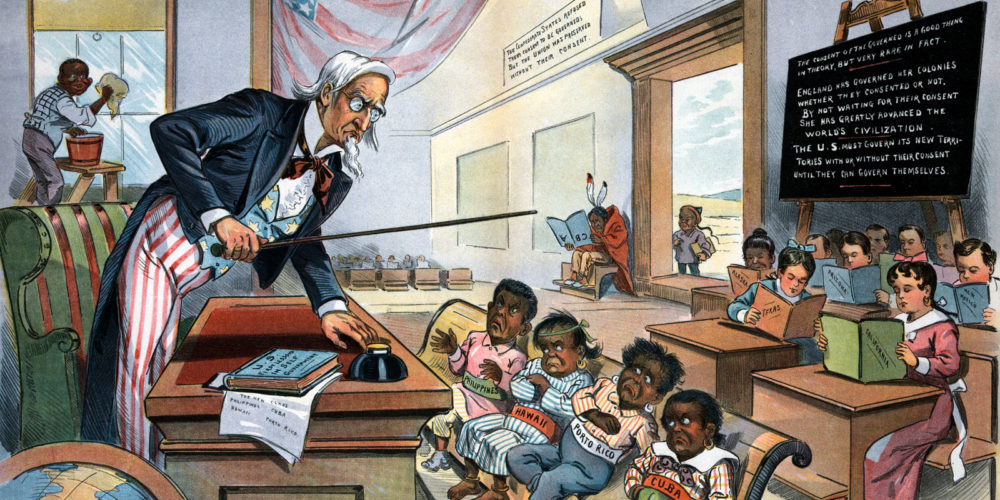 In this 1899 cartoon published, Uncle Sam lectures his new students: The Philippines, Hawaii, Puerto Rico, and, Cuba. Past and potentially future U.S. acquisitions fill the rest of the classroom. 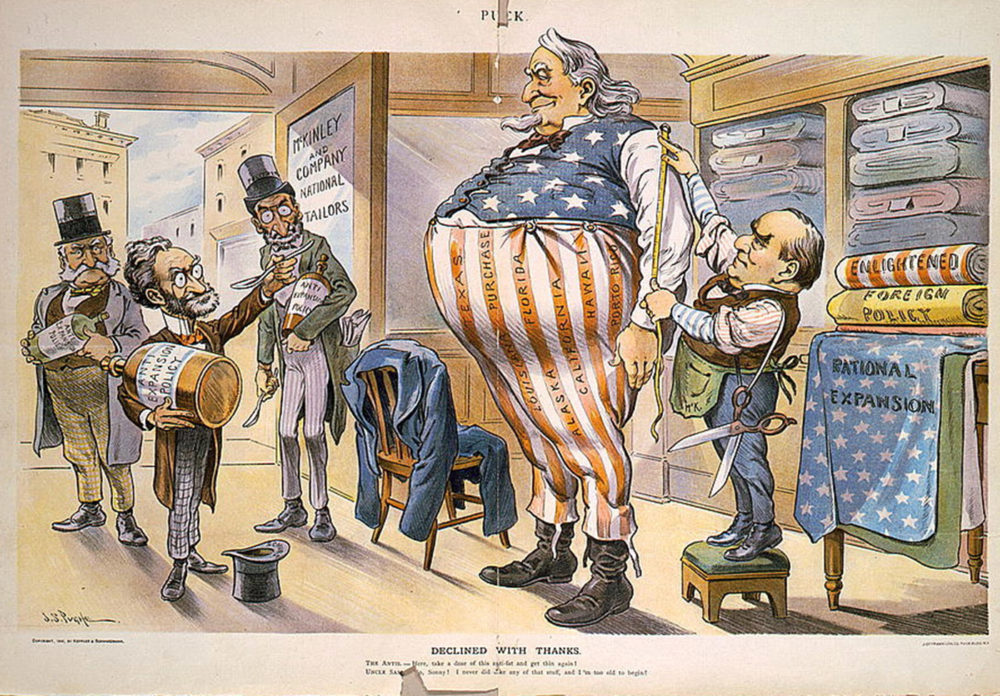 In this political cartoon, tailor President McKinley measures an obese Uncle Sam for larger clothing, while Anti-Expansionists like Joseph Pulitzer unsuccessfully offer Sam a weight-loss elixir. As the nation increased its imperialistic presence and mission, many like Pulitzer worried that America would grow too big for its own good.
Licenses and Attributions
CC licensed content, Shared previously