Industrialization remade the United States. At the turn of the twentieth century, powerful capitalists, middle class managers, and industrial and agricultural labors confronted a new world of work and labor in the United States. While many benefited from the material gains of technological progress, others found themselves trapped in cycles of poverty and hopelessness and strikes, protests, and political warfare rocked American life as workers adjusted themselves to a new industrial order. The following sources explore the mindsets of American suddenly confronted with a new world of concentrated capital and industrial labor.

The Tournament of Today – A Set-To Between Labor and Monopoly 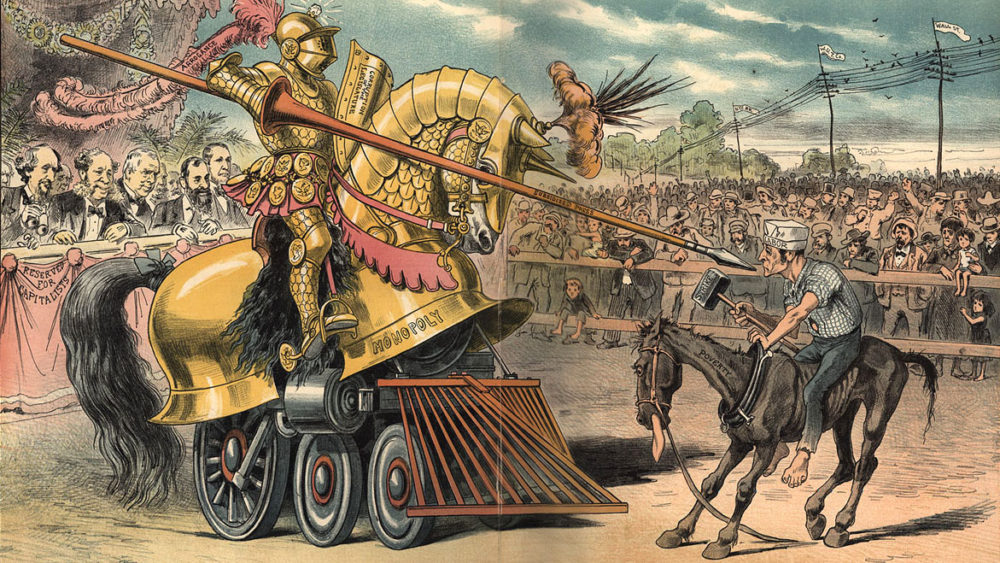 This print shows a jousting tournament between an oversized knight riding horse-shaped armor labeled “Monopoly” over a locomotive, with a long plume labeled “Arrogance”, and carrying a shield labeled “Corruption of the Legislature” and a lance labeled “Subsidized Press”, and a barefoot man labeled “Labor” riding an emaciated horse labeled “Poverty”, and carrying a sledgehammer labeled “Strike”. On the left is seating “Reserved for Capitalists” where Cyrus W. Field, William H. Vanderbilt, John Roach, Jay Gould, and Russell Sage are sitting. On the right, behind the labor section, are telegraph lines flying monopoly banners that are labeled “Wall St., W.U.T. Co., [and] N.Y.C. RR”. 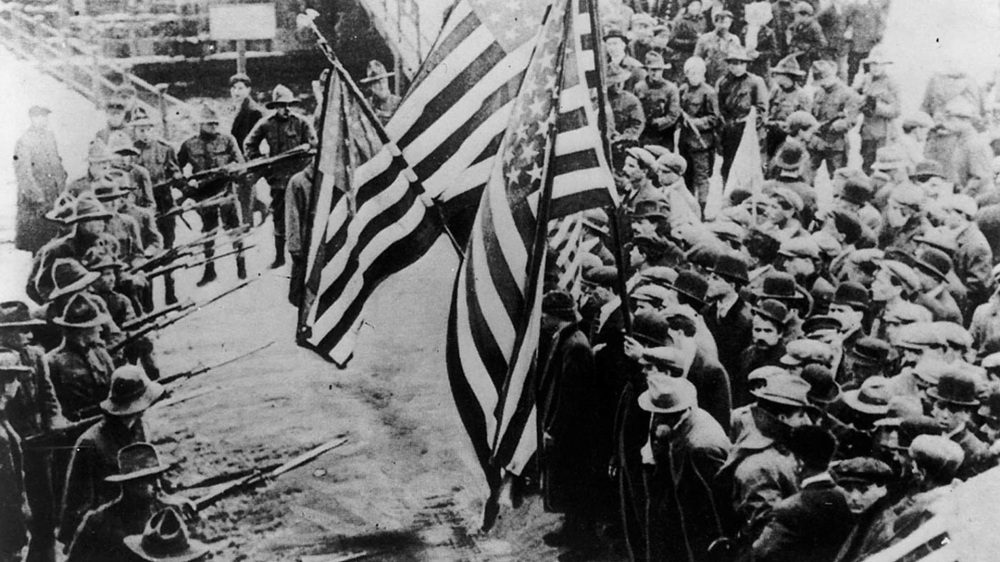 In 1912, The International Workers of the World (the IWW, or the “Wobblies”) organized textile workers in Lawrence and Lowell, Massachusetts. This photo shows strikers, carrying American flags, confronting strikebreakers and militia bayonets.