World War I & Its Aftermath Reader

Primary Source Images: World War I and Its Aftermath

World War I (“The Great War”) toppled empires, created new nations, and sparked tensions that would explode across future years. On the battlefield, its gruesome modern weaponry wrecked an entire generation of young men. The United States entered the conflict in 1917 and was never the same. The war heralded to the world the United States’ potential as a global military power, and, domestically, it advanced but then beat back American progressivism by unleashing vicious waves of repression. The war simultaneously stoked national pride and fueled disenchantments that burst Progressive Era hopes for the modern world. And it laid the groundwork for a global depression, a second world war, and an entire history of national, religious, and cultural conflict around the globe. These sources reveal some of that tumultuous history. 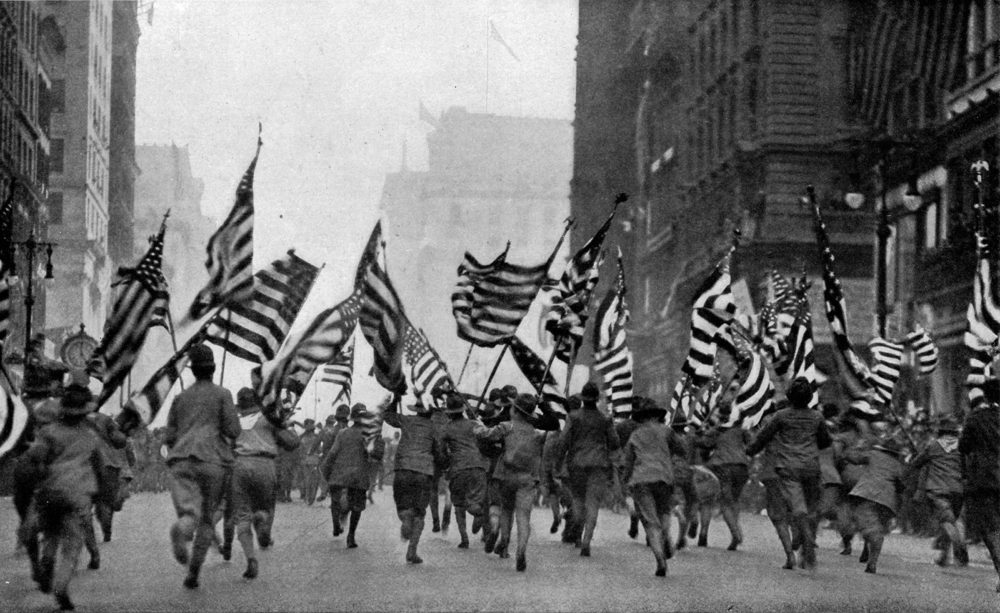 Photograph from the National Geographic Magazine, 1917. Via Wikimedia.

The Boy Scouts of America charge up Fifth Avenue in New York City in a “Wake Up, America” parade to support recruitment efforts. Nearly 60,000 people attended this single parade. Photograph from the National Geographic Magazine, 1917. Via Wikimedia. 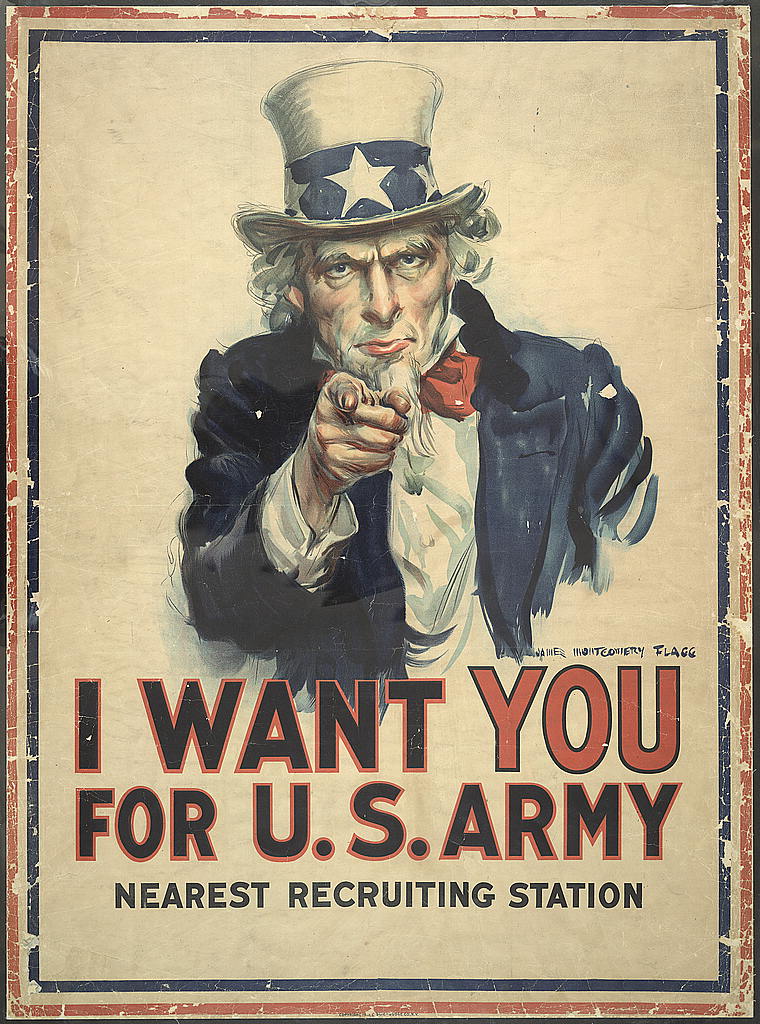 “War poster with the famous phrase “I want you for U. S. Army” shows Uncle Sam pointing his finger at the viewer in order to recruit soldiers for the American Army during World War I. The printed phrase “Nearest recruiting station” has a blank space below to add the address for enlisting.” – Library of Congress