Introduction to the The Cold War 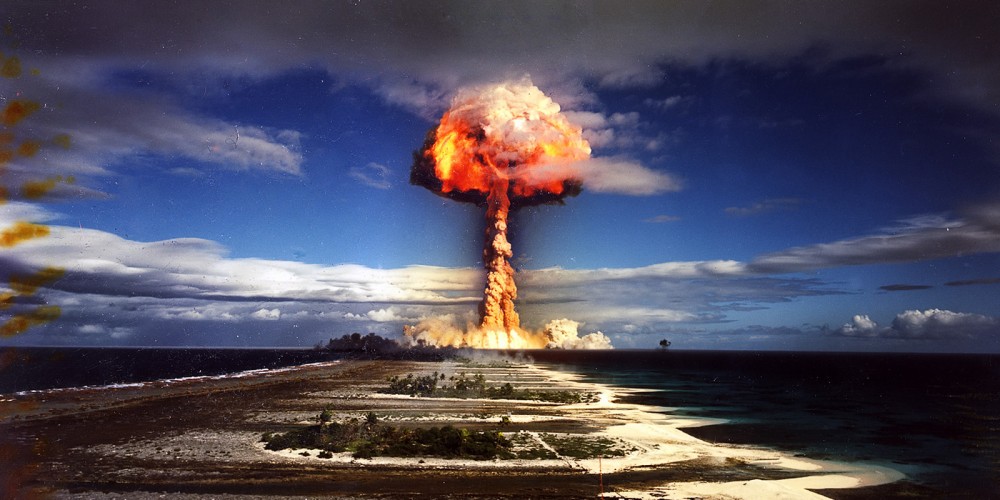 In a public address on February 9, 1946, Soviet Premier Joseph Stalin blamed the outbreak of the Second World War on “economic and political forces” driven by “monopoly capitalism.” Many saw it as empty rhetoric to rally the Soviet Union’s capitalists, but officials in the United States and Britain, long suspicious of Stalin’s postwar intentions, viewed it with alarm. On February 22, the Charge d’Affaires of the US Embassy in Moscow, George Kennan cabled the State Department his belief assessment that “world communism” was “a malignant parasite” that “feeds only on diseased tissue,” and “the steady advance of uneasy Russian nationalism” in its “new guise of international Marxism” was “more dangerous and insidious than ever before.” The telegram made waves among American officials. On March 5, former British Prime Minister Winston Churchill visited President Harry Truman and gave a speech in his home state of Missouri declaring that Europe had been cut in half by into two spheres separated by an “iron curtain” that had “descended across the Continent.”

The Cold War, a global geopolitical and ideological struggle between (western) capitalist and (eastern) communist countries, fueled a generations-long, multifaceted rivalry between the remaining superpowers of the postwar world: the United States and the Union of Soviet Socialist Republics (USSR). Tensions ran highest, perhaps, during the “first Cold War,” which lasted from the mid-1940s through the mid-1960s, after which followed a period of relaxed tensions and increased communication and cooperation, known by the French term détente, until the “second Cold War” interceded from roughly 1979 until the collapse of the Berlin Wall in 1989 and the dissolution of the Soviet Union in 1991. “Cold” because it was not a “Hot” shooting war, the Cold War reshaped the world, altered American life, and affected generations of Americans.