The labor protections extended by Roosevelt’s New Deal were revolutionary. In northern industrial cities, workers responded to worsening conditions by banding together and demanding support for worker’s rights. In 1935, the head of the United Mine Workers, John L. Lewis, took the lead in forming a new national workers’ organization, the Congress of Industrial Organizations, breaking with the more conservative, craft-oriented AFL. The CIO won a major victory in 1937 when affiliated members in the United Auto Workers struck for recognition and better pay and hours at a General Motors plant in Flint, Michigan. In the first instance of a “sit-down” strike, the workers remained in the building until management agreed to negotiate. GM recognized the UAW and the “sit-down” strike became a new weapon in the fight for workers’ rights. Across the country, unions and workers took advantage of the New Deal’s protections to organize and win major concessions from employers. 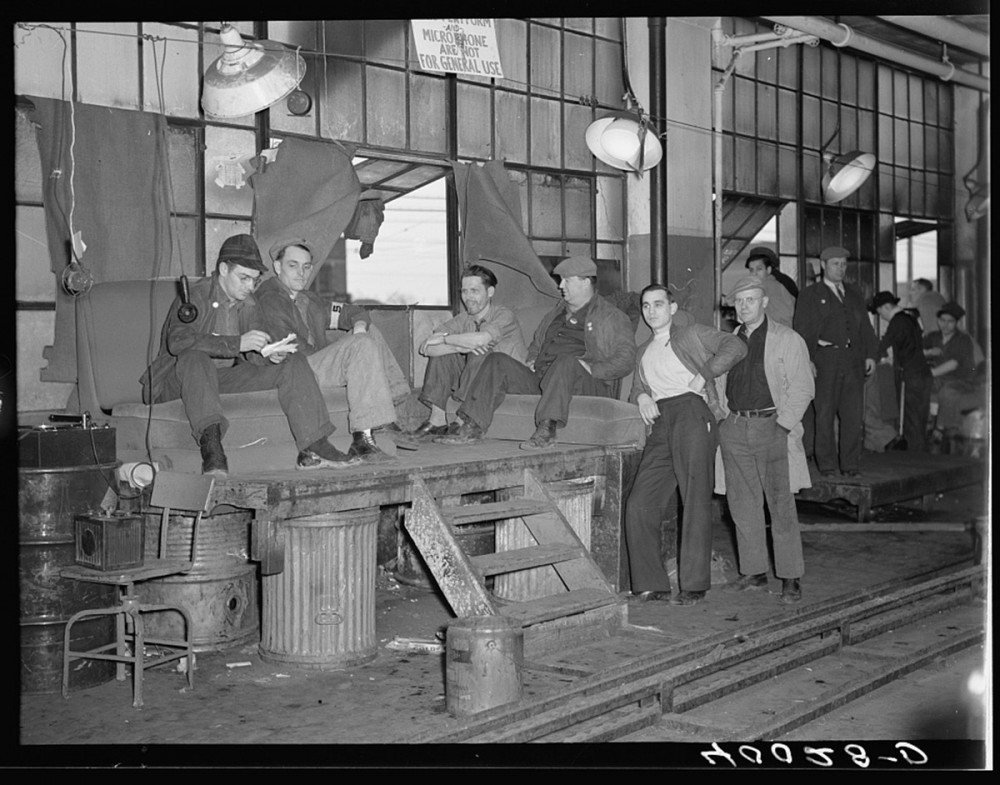 The signature piece of Roosevelt’s Second New Deal came the same year, in 1935. The Social Security Act provided for old-age pensions, unemployment insurance, and economic aid, based on means, to assist both the elderly and dependent children. The president was careful to mitigate some of the criticism from what was, at the time, in the American context, a revolutionary concept. He specifically insisted that social security be financed from payroll, not the federal government; “No dole,” Roosevelt said repeatedly, “mustn’t have a dole.” He thereby helped separate Social Security from the stigma of being an undeserved “welfare” entitlement. While such a strategy saved the program from suspicions, Social Security became the centerpiece of the modern American social welfare state. It was the culmination of a long progressive push for government-sponsored social welfare, an answer to the calls of Roosevelt’s opponents on the Left for reform, a response to the intractable poverty among America’s neediest groups, and a recognition that the government would now assume some responsibility for the economic well-being of its citizens. But for all of its groundbreaking provisions, the Act, and the larger New Deal as well, excluded large swaths of the American population.