Introduction to the Sixties 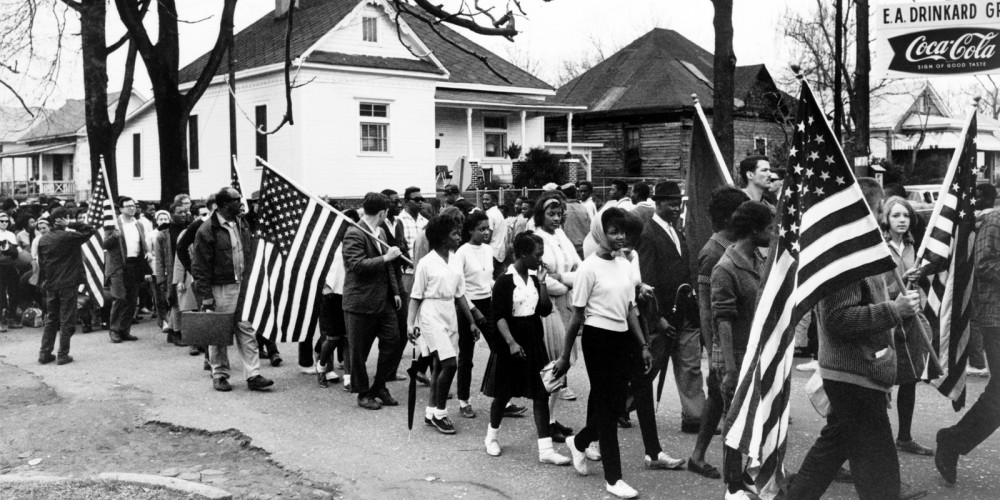 “Participants, some carrying American flags, marching in the civil rights march from Selma to Montgomery, Alabama in 1965,” via Library of Congress.

Perhaps no decade is so immortalized in American memory as the 1960s. Couched in the colorful rhetoric of peace and love, complemented by stirring images of the civil rights movement, and fondly remembered for its music, art, and activism, for many the decade brought hopes for a more inclusive, forward-thinking nation. But the decade was also plagued by strife, tragedy, and chaos. It was the decade of the Vietnam War, of inner-city riots, and assassinations that seemed to symbolize the death of a new generation’s idealistic ambitions. A decade of struggle and disillusionment rocked by social, cultural, and political upheaval, the 1960s are remembered because so much changed, and because so much did not.