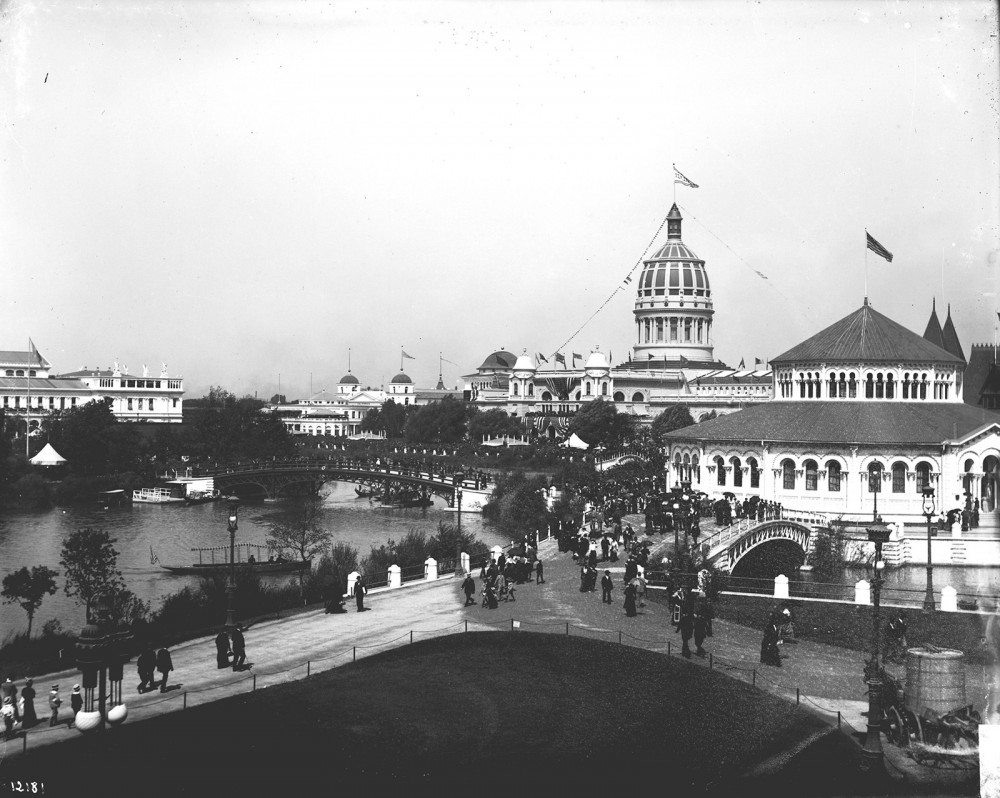 Designers of the 1893 Columbian Exposition in Chicago used a Neoclassical architectural style to build what was known as The White City. The integrated design of buildings, walkways, and landscapes was extremely influential in the burgeoning City Beautiful movement. The Fair itself was a huge success, bringing more than 27 million people to Chicago and helping to establish the ideology of American exceptionalism. Photograph of the Columbian Exposition in Chicago, 1893. Wikimedia.

In 1914, automobile manufacturer Henry Ford inaugurated the “five dollar day,” effectively doubling the pay of many of his assembly-line employees, and cut the working day from nine to eight hours. Ford’s primary goal was to reduce worker attrition, which had become a problem since he began assembling cars with a moving assembly line. Ford hoped that workers would tolerate repetitive, tiring work in exchange for better pay. And, too, blue-collar workers making five dollars a day might be able to afford Ford’s product, the basic Model T automobile, boosting his own business.

Attracted by high wages, thousands of immigrants flocked to Detroit to work in Ford’s plants. Ford’s innovations—affordable automobiles and better-paying jobs—bolstered the small but growing American middle class. Ford also coupled his five-dollar day with a sweeping and often intrusive supervision program. In 1914, Ford created a Sociological Department to provide immigrant workers with English tutoring and citizenship classes, and to visit to workers’ homes to ensure that wives kept clean homes, children attended school regularly, and families deposited money into savings accounts. Ford’s five dollar day and his Sociological Department epitomized new both positive and negative trends of the new America. On the one hand, principles of scientific management and rational factory design allowed the Ford Motor Company to produce cars cheaply in high volume, while paying workers high wages. Ford’s production process was a triumph of engineering and management skill. On the other hand, Ford’s desire to mold his unskilled, immigrant workers into ideal employees and citizens represented a well-intentioned but also coercive side of business management. In exchange for high wages, Ford’s workers were supposed to accept his vision of what it meant to be a good American and a productive member of society.