Race and Social and Cultural Anxieties 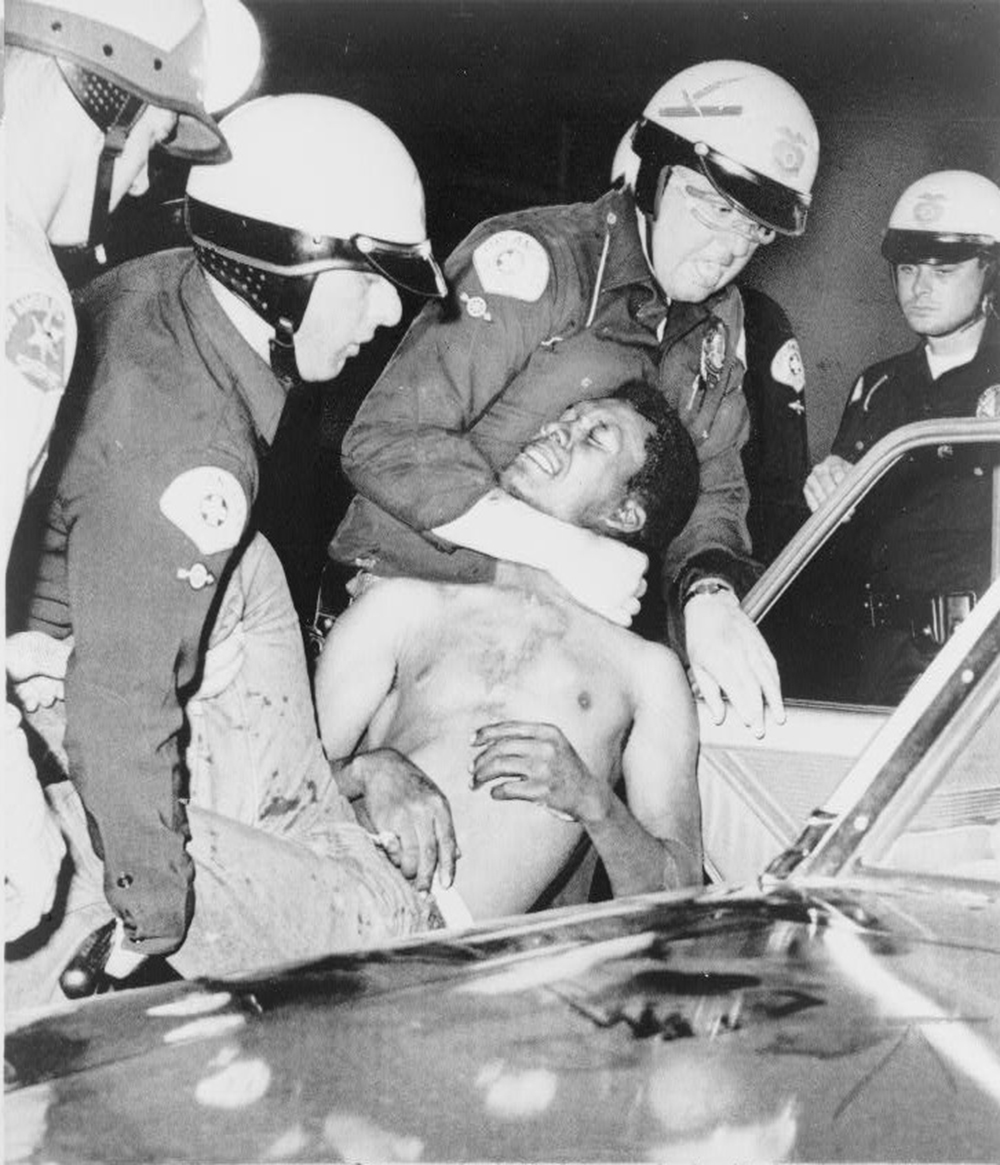 The lines of race and class and culture ruptured American life throughout the 1970s. Americans grew disenchanted with the pace of social change: it was insufficient, some said; it was excessive, said others. The idealism of the 1960s died. Alienation took its place.

If the popular rock acts of the sixties appealed to a new counterculture, the seventies witnessed the resurgence of cultural forms that appealed to a white working class confronting the social and political upheavals of the 1960s. Country hits such as Merle Haggard’s “Okie from Muskogee” evoked simpler times and places where people “still wave Old Glory down at the courthouse” and they “don’t let our hair grow long and shaggy like the hippies out in San Francisco.” A popular television sitcom, All in the Family, became an unexpected hit among “middle America” The main character Archie Bunker was designed to mock reactionary middle-aged white men. “Isn’t anyone interested in upholding standards?” he lamented in an episode dealing with housing integration. “Our world is coming crumbling down. The coons are coming!” 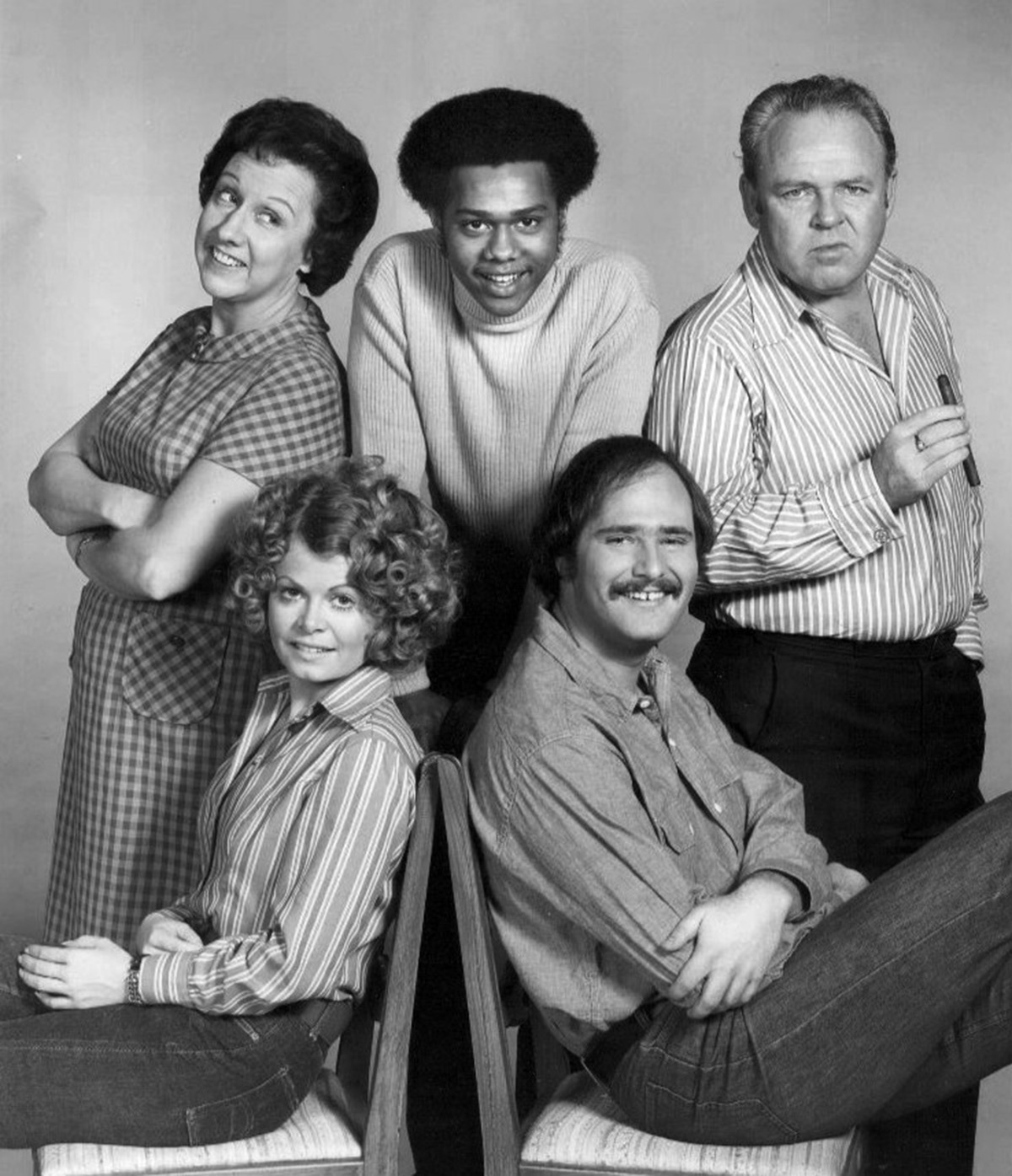 CBS Television, All in the Family Cast 1973, Wikimedia.

As Bunker knew, African-Americans were becoming much more visible in American culture. While black cultural forms had been prominent throughout American history, they assumed new popular forms in the 1970s. Disco offered a new, optimistic, racially integrated pop music. Behind the scenes, African American religious styles became an outsized influence on pop music. Musicians like Aretha Franklin, Andre Crouch, and “fifth Beatle” Billy Collins brought their background in church performance to their own recordings as well as to the work of white artists like the Rolling Stones, with whom they collaborated. And by the end of the decade African American musical artists had introduced American society to one of the most significant musical innovations in decades: the Sugarhill Gang’s 1979 record, Rapper’s Delight. A lengthy paean to black machismo, it became the first rap single to reach the top 40.

Just as rap represented a hyper-masculine black cultural form, Hollywood popularized its white equivalent. Films such as 1971’s Dirty Harrycaptured a darker side of the national mood. Clint Eastwood’s titular character exacted violent justice on clear villains, working within the sort of brutally simplistic ethical standard that appealed to Americans anxious about a perceived breakdown in “law and order” (more than one critic slammed the film’s glorified “fascism”) and the need for violent reprisals.

Violence increasingly marked American race relations. No longer confined to the anti-black terrorism that struck the southern civil rights movement in the 1950s and 1960s, violence now broke out across the country among blacks in urban riots and among whites protesting new civil rights programs. In the mid-1970s, for instance, protests over the use of busing to integrate public schools in Boston erupted in violence among whites and blacks.

Racial violence in the nation’s cities tainted many white Americans’ perception of the civil rights movement and urban life in general. Civil unrest broke out across the country, but the riots in Watts/Los Angeles (1965), Newark (1967), and Detroit (1967) were most shocking. In each, a physical altercation between white police officers and African Americans spiraled into days of chaos and destruction. Tens of thousands participated in urban riots. Many looted and destroyed white-owned business. There were dozens of deaths, tens of millions of dollars in property damage, and an exodus of white capital that only further isolated urban poverty.

In 1967, President Johnson appointed the Kerner Commission to investigate the causes of America’s riots. Their report became an unexpected bestseller. The Commission cited black frustration with the hopelessness of urban poverty. As the head of the black National Business League testified, “It is to be more than naïve—indeed, it is a little short of sheer madness—for anyone to expect the very poorest of the American poor to remain docile and content in their poverty when television constantly and eternally dangles the opulence of our affluent society before their hungry eyes.” A Newark rioter who looted several boxes of shirts and shoes put it more simply: “They tell us about that pie in the sky but that pie in the sky is too damn high.” But white conservatives blasted the conclusion that white racism and economic hopelessness were to blame for the violence. African Americans wantonly destroying private property, they said, was not a symptom of America’s intractable racial inequalities, but the logical outcome of a liberal culture of permissiveness that tolerated, even encouraged, nihilistic civil disobedience. Many moderates and liberals, meanwhile, saw the explosive violence as a sign African Americans had rejected the nonviolent strategies of the civil rights movement.

The unrest of the late ’60s did, in fact, reflect a real and growing disillusionment among African Americans with the fate of the civil rights crusade. Political achievements such as the 1964 Civil Rights Act and 1965 Voting Rights Act were indispensable legal preconditions for social and political equality, but the movement’s long (and now often forgotten) goal of economic justice proved as elusive as ever. 1968 found Martin Luther King, Jr., organized the Poor People’s Campaign, a multi-racial struggle to uproot America’s entrenched poverty. “I worked to get these people the right to eat cheeseburgers,” Martin Luther King Jr. supposedly said to Bayard Rustin as they toured the devastation in Watts some years earlier, “and now I’ve got to do something…to help them get the money to buy it.” What good was the right to enter a store without money for purchases?