“The American West” conjures visions of tipis, cabins, cowboys, Indians, farm wives in sunbonnets, and outlaws with six-shooters. Such images pervade American culture, but they are as old as the West itself: novels, rodeos, and Wild West shows mythologized the American West throughout the post-Civil War era. 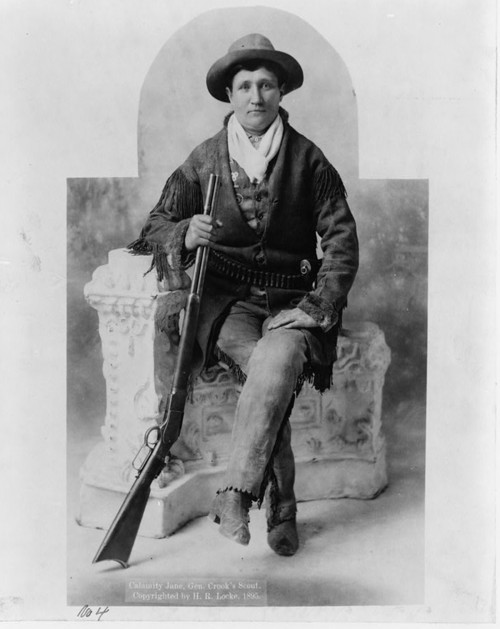 In the 1860s, Americans devoured dime novels that embellished the lives of real-life individuals such as Calamity Jane and Billy the Kid. Owen Wister’s novels, especially The Virginian, would establish the character of the cowboy as the gritty stoics with a rough exterior but the courage and heroism needed to rescue people from train robbers, Indians, or cattle rustlers. Such images were further reinforced, particularly in the West, with the emergence of the rodeo added to popular conceptions of the American West. Rodeos began as small roping and riding contests among cowboys in towns near ranches or at camps at the end of the cattle trails. In Pecos, Texas, on July 4, 1883, cowboys from two ranches, the Hash Knife and the W Ranch, competed in roping and riding contests as a way to settle an argument and is recognized by historians of the West as the first real rodeo. Casual contests evolved into planned celebrations. Many were scheduled around national holidays, such as Independence Day, or during traditional roundup times in the spring and fall. Early rodeos took place in open grassy areas—not arenas—and included calf and steer roping and roughstock events such as bronc riding. They gained popularity and soon dedicated rodeo circuits developed. Although about 90% of rodeo contestants were men, women helped to popularize the rodeo and several popular women bronc riders, such as Bertha Kaepernick, entered men’s events, until around 1916 when women’s competitive participation was curtailed.Americans also experienced the “Wild West” imagined in so many dime novels by attending traveling Wild West shows, arguably the unofficial national entertainment of the United States from the 1880s to the 1910s. Wildly popular across the country, the shows traveled throughout the eastern United States and even across Europe and showcased what was already a mythic frontier life.William Frederick “Buffalo Bill” Cody was the first to recognize the broad national appeal of the stock “characters” of the American West—cowboys, Indians, sharpshooters, cavalry, and rangers—but Cody shunned the word “show” when describing his travelling extravaganza, fearing that it implied exaggeration or misrepresentation of the West. Cody instead dubbed his production “Buffalo Bill’s Wild West” and tried to import actual cowboys and Indians into his productions. But it was still, of course, a show. It was entertainment, little different in its broad outlines from contemporary theater. Operating out of Omaha, Nebraska. Buffalo Bill created his first show in 1883. Storylines, punctuated by “cowboy” moments of bucking broncos, roped cattle, and sharpshooting contests, depicted westward migration, life on the Plains, and Indian attacks. 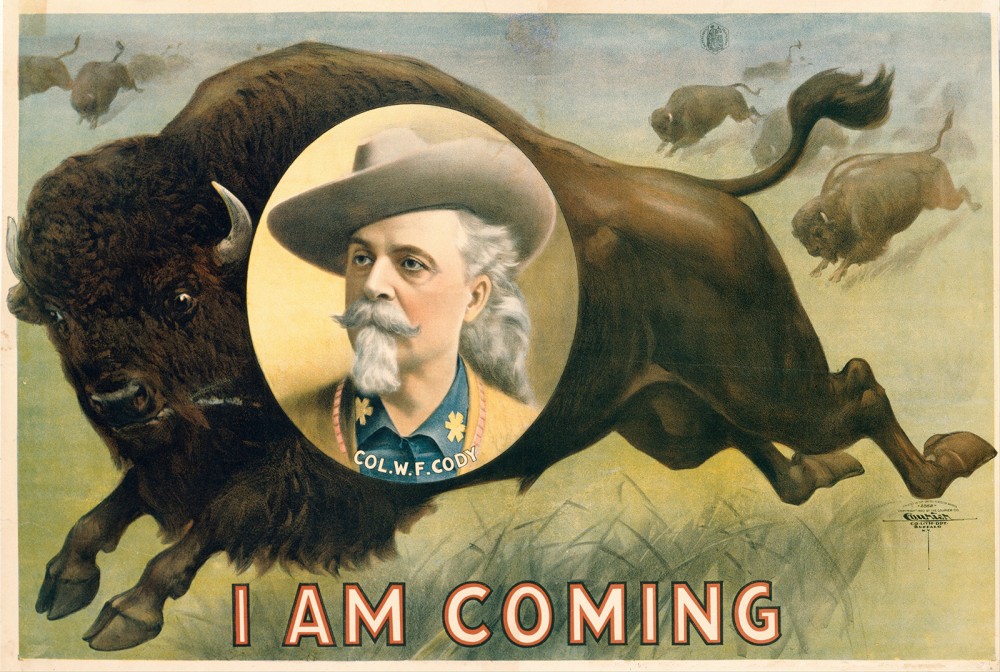 Buffalo Bill was not alone. Gordon William “Pawnee Bill” Lillie, another popular Wild West showman, got his start in the business in 1886 when Cody employed him as an interpreter for Pawnee members of the show. Lillie went on to create his own production in 1888, “Pawnee Bill’s Historic Wild West.” He was Cody’s only real competitor in the business until 1908, when the two men combined their shows to create a new extravaganza, “Buffalo Bill’s Wild West and Pawnee Bill’s Great Far East” (most just called it the “Two Bills Show”). It was an unparalleled spectacle. The cast included Mexican cowboys, Indian riders and dancers, Russian Cossacks, Japanese acrobats, and aboriginal Australian performers.

In an attempt to appeal to women, Cody recruited Annie Oakley, a female sharpshooter who thrilled onlookers with her many stunts. Her stage name was “Little Sure Shot.” She shot apples off her poodle’s head and the ash off her husband’s cigar, clenched trustingly between his teeth. Gordon Lillie’s wife, May Manning Lillie, also became a skilled shot and performed under the tagline, “World’s Greatest Lady Horseback Shot.” Both women challenged expected Victorian gender roles, but were careful to maintain their feminine identity and dress.

The western “cowboys and Indians” mystique, perpetuated in novels, rodeos, and Wild West shows, was rooted in romantic nostalgia and, perhaps, in the anxieties that many felt in the new “soft” industrial world of factory and office work. The cowboy, who possessed a supposedly ideal blend “of aggressive masculinity and civility,” was the perfect hero for middle class Americans who feared that they “had become over-civilized” and looked longingly to the West.