The End of the Bush Years

The War on Terror was a centerpiece in the race for the White House in 2004. The Democratic ticket, headed by Massachusetts Senator John F. Kerry, a Vietnam War hero who entered the public consciousness for his subsequent testimony against it, attacked Bush for the ongoing inability to contain the Iraqi insurgency or to find weapons of mass destruction, the revelation, and photographic evidence, that American soldiers had abused prisoners at the Abu Ghraib prison outside of Baghdad, and the inability to find Osama Bin Laden. Moreover, many who had been captured in Iraq and Afghanistan were “detained” indefinitely at a military prison in Guantanamo Bay in Cuba. “Gitmo” became infamous for its harsh treatment, indefinite detentions, and the torture of prisoners. Bush defended the War on Terror and his allies attacked critics for failing to support the troops. Moreover, Kerry had voted for the war. He had to attack what had authorized. Bush won a close but clear victory.

The second Bush term saw the continued deterioration of the wars in Iraq and Afghanistan, but Bush’s presidency would take a bigger hit from his perceived failure to respond to the domestic tragedy that followed Hurricane Katrina’s devastating hit on the Gulf Coast. Katrina had been a category 5 hurricane, what New Orleans Mayor Ray Nagin called “the one we always feared.”

New Orleans suffered a direct hit, the levees broke, and the bulk of the city flooded. Thousands of refugees flocked to the Superdome, where supplies and medical treatment and evacuation were slow to come. Individuals were dying in the heat. Bodies wasted away. Americans saw poor black Americans abandoned. Katrina became a symbol of a broken administrative system, a devastated coastline, and irreparable social structures that allowed escape and recovery for some, and not for others. Critics charged that Bush had staffed his administration with incompetent supporters and had further ignored the displaced poor and black residents of New Orleans. 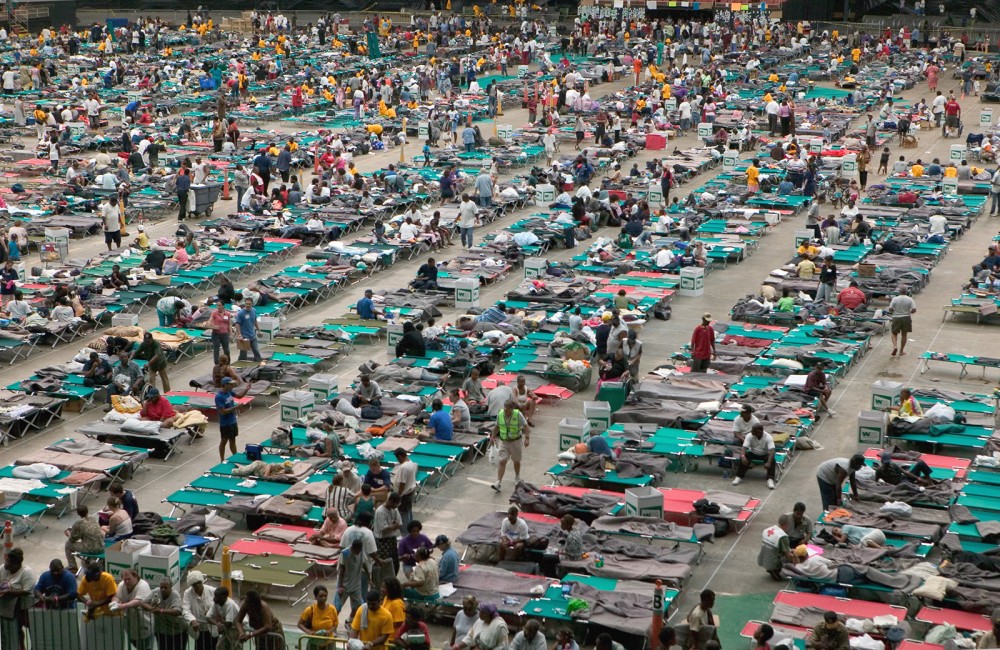 Hurricane Katrina was one of the deadliest and more destructive hurricanes to hit American soil in U.S. history. It nearly destroyed New Orleans, Louisiana, as well as cities, towns, and rural areas across the Gulf Coast. It sent hundreds of thousands of refugees to near-by cities like Houston, Texas, where they temporarily resided in massive structures like the Astrodome. Photograph, September 1, 2005. Wikimedia.

Immigration had become an increasingly potent political issue. The Clinton Administration had overseen the implementation of several anti-immigration policies on the border, but hunger and poverty were stronger incentives than border enforcement policies. Illegal immigration continued, often at great human cost, but nevertheless fanned widespread anti-immigration sentiment among many American conservatives. Many immigrants and their supporters, however, fought back. 2006 saw waves of massive protests across the country. Hundreds of thousands marched in Chicago, New York, and Los Angeles, and tens of thousands marched in smaller cities around the country. Legal change, however, went nowhere. Moderate conservatives feared upsetting business interests’ demand for cheap, exploitable labor and alienating large voting blocs by stifling immigration and moderate liberals feared upsetting anti-immigrant groups by pushing too hard for liberalization of immigration laws.

Afghanistan and Iraq, meanwhile, continued to deteriorate. In 2006, the Taliban reemerged, as the Afghan Government proved both highly corrupt and highly incapable of providing social services or security for its citizens. Iraq only descended further into chaos.

In 2007, 27,000 additional United States forces deployed to Iraq under the command of General David Petraeus. The effort, “the surge,” employed more sophisticated anti-insurgency strategies and, combined with Sunni moves against the disorder, pacified many of Iraq’s cities and provided cover for the withdrawal of American forces. On December 4, 2008, the Iraqi government approved the U.S.-Iraq Status of Forces Agreement and United States combat forces withdrew from Iraqi cities before June 30, 2009. The last US combat forces left Iraq on December 18, 2011. Violence and instability continued to rock the country. 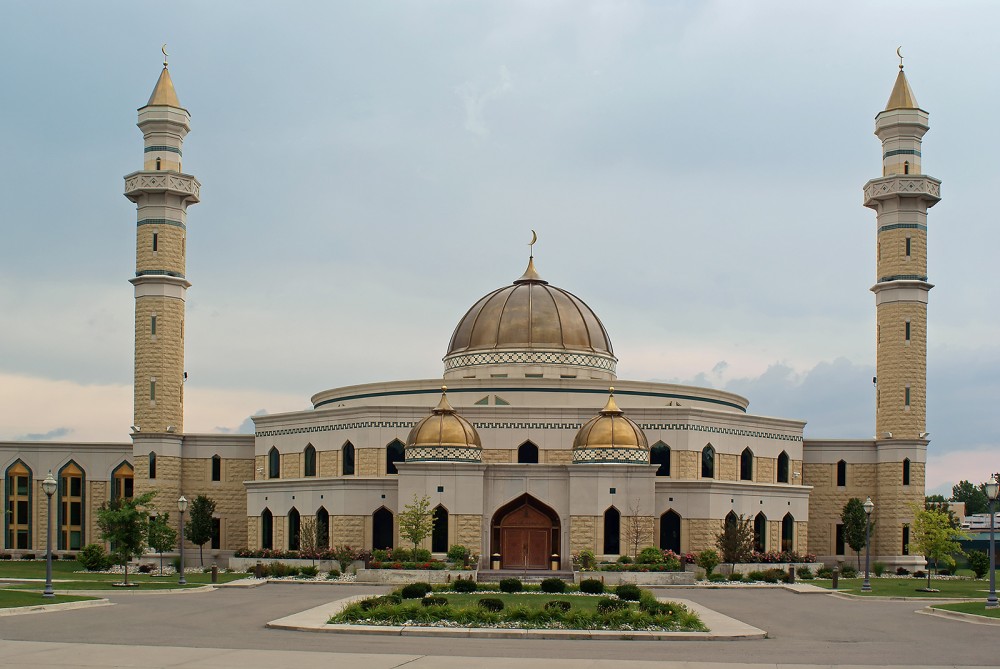 Opened in 2005, this beautiful new mosque at the Islamic Center of America in Dearborn, Michigan, is the largest such religious structure in the United States. Muslims in Dearborn have faced religious and racial prejudice, but the suburb of Detroit continues to be a central meeting-place for American Muslims. Photograph July 8, 2008. Wikimedia.