The March of Capital 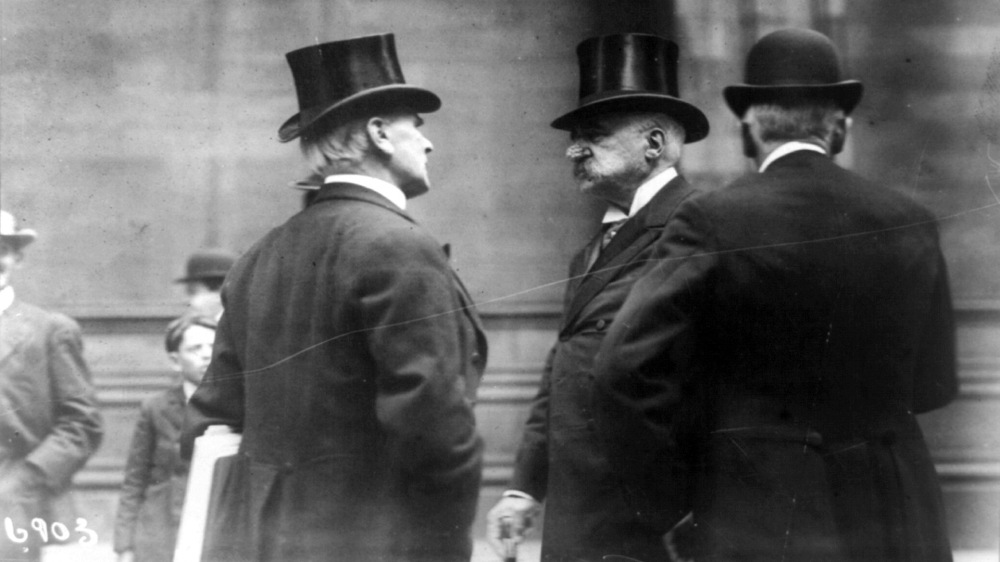 Growing labor unrest accompanied industrialization. The greatest strikes first hit the railroads only because no other industry had so effectively marshaled together capital, government favors, and bureaucratic management. Many workers perceived a new powerlessness in the coming industrial order. Skills mattered less and less in an industrialized, mass-producing economy, and their power as individuals seemed ever smaller and more insignificant when companies grew in size and power and managers grew flush with wealth and influence. Long hours, dangerous working conditions, and the difficulty of supporting a family on meager and unpredictable wages compelled armies of labor to organize and battle against the power of capital.

By the turn of the century, corporate leaders and wealthy industrialists embraced the new principles of “scientific management,” or “Taylorism,” after its noted proponent, Frederick Taylor. The precision of steel parts, the harnessing of electricity, the innovations of machine tools, and the mass markets wrought by the railroads offered new avenues for efficiency. To match the demands of the machine age, Taylor said, firms needed a scientific organization of production. He urged all manufacturers to increase efficiency by subdividing tasks. Rather than having thirty mechanics individually making thirty machines, for instance, a manufacturer could assign thirty laborers to perform thirty distinct tasks. Such a shift would not only make workers as interchangeable as the parts they were using, it would also dramatically speed up the process of production. If managed by trained experts, specific tasks could be done quicker and more efficiently. Taylorism increased the scale and scope of manufacturing and allowed for the flowering of mass production. Building upon the use of interchangeable parts in Civil War Era weapons manufacturing, American firms advanced mass production techniques and technologies. Singer sewing machines, Chicago packers’ “disassembly” lines, McCormick grain reapers, Duke cigarette rollers: all realized unprecedented efficiencies and achieved unheard-of levels of production that propelled their companies into the forefront of American business. Henry Ford made the assembly line famous, allowing the production of automobiles to skyrocket as their cost plummeted, but various American firms had been paving the way for decades. 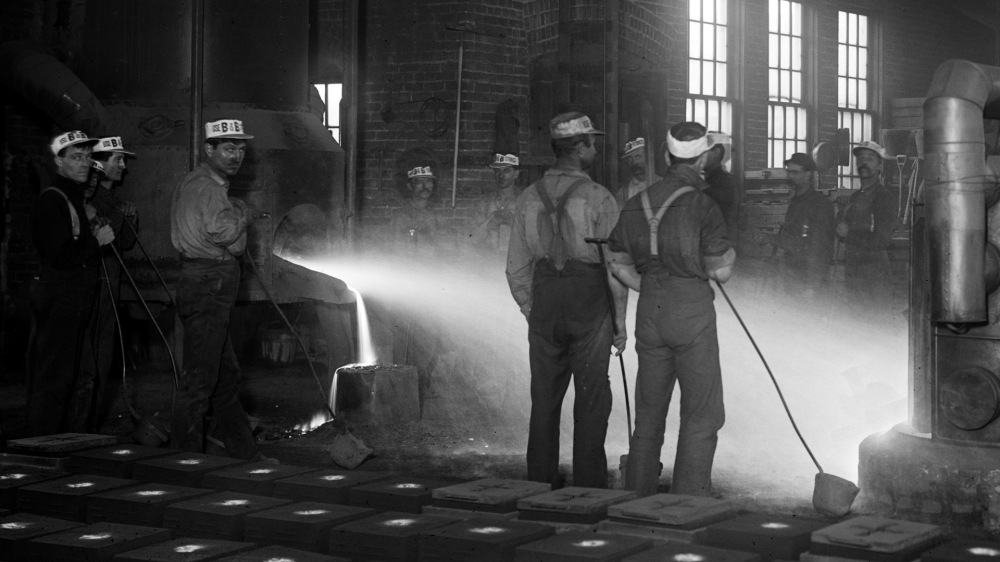 Cyrus McCormick had overseen the construction of mechanical reapers (used for harvesting wheat) for decades. He had relied upon skilled blacksmiths, skilled machinists, and skilled woodworkers to handcraft horse-drawn machines. But production was slow and the machines were expensive. The reapers still enabled massive efficiency gains in grain farming, but their high cost and slow production times put them out of reach of most American wheat farmers. But then, in 1880, McCormick hired a production manager who had overseen the manufacturing of Colt firearms to transform his system of production. The Chicago plant introduced new jigs, steel gauges, and pattern machines that could make precise duplicates of new, interchangeable parts. The company had produced 21,000 machines in 1880. It made twice as many in 1885, and by 1889, less than a decade later, it was producing over 100,000 a year.

Firms such as McCormick’s realized massive economies of scale: after accounting for their initial massive investments in machines and marketing, each additional product cost the company relatively little in production costs. The bigger the production, then, the bigger the profits. New industrial companies therefore hungered for markets to keep their high-volume production facilities operating. Retailers and advertisers sustained the massive markets needed for mass production and corporate bureaucracies meanwhile allowed for the management of giant new firms. A new class of managers—comprising what one prominent economic historian called the “visible hand”—operated between the worlds of workers and owners and ensured the efficient operation and administration of mass production and mass distribution. Even more important to the growth and maintenance of these new companies, however, were the legal creations used to protect investors and sustain the power of massed capital.

The costs of mass production were prohibitive for all but the very wealthiest individuals, and, even then, the risks would be too great to bear individually. The corporation itself was ages-old, but the actual right to incorporate had generally been reserved for public works projects or government-sponsored monopolies. After the Civil War, however, the corporation, using new state incorporation laws passed during the Market Revolution of the early-nineteenth century, became a legal mechanism for nearly any enterprise to marshal vast amounts of capital while limiting the liability of shareholders. By washing their hands of legal and financial obligations while still retaining the right to profit massively, investors flooded corporations with the capital needed to industrialize.

But a competitive marketplace threatened the promise of investments. Once the efficiency gains of mass production were realized, profit margins could be undone by cutthroat competition, which kept costs low as price-cutting sunk into profits. Companies rose and fell—and investors suffered losses—as manufacturing firms struggled to maintain supremacy in their particular industries. Economies of scale were a double-edged sword: while additional production provided immense profits, the high fixed costs of operating expensive factories dictated that even modest losses from selling under-priced goods were preferable to not selling profitably priced goods at all. And as market share was won and lost, profits proved unstable. American industrial firms tried everything to avoid competition: they formed informal pools and trusts, they entered price-fixing agreements, they divided markets, and, when blocked by anti-trust laws and renegade price-cutting, merged into consolidations. Rather than suffer from ruinous competition, firms combined and bypassed it altogether.

Between 1895 and 1904, and particularly in the four years between 1898 and 1902, a wave of mergers rocked the American economy. Competition melted away in what is known as “the great merger movement.” In nine years, 4000 companies–nearly 20% of the American economy–were folded into rival firms. In nearly every major industry, newly consolidated firms such as General Electric and DuPont utterly dominated their market. Forty-one separate consolidations each controlled over 70% of the market in their respective industries. In 1901, financier J.P. Morgan oversaw the formation of United States Steel, built from eight leading steel companies. Industrialization was built on steel, and one firm—the world’s first billion-dollar company—controlled the market. Monopoly had arrived.