The New Right in Power 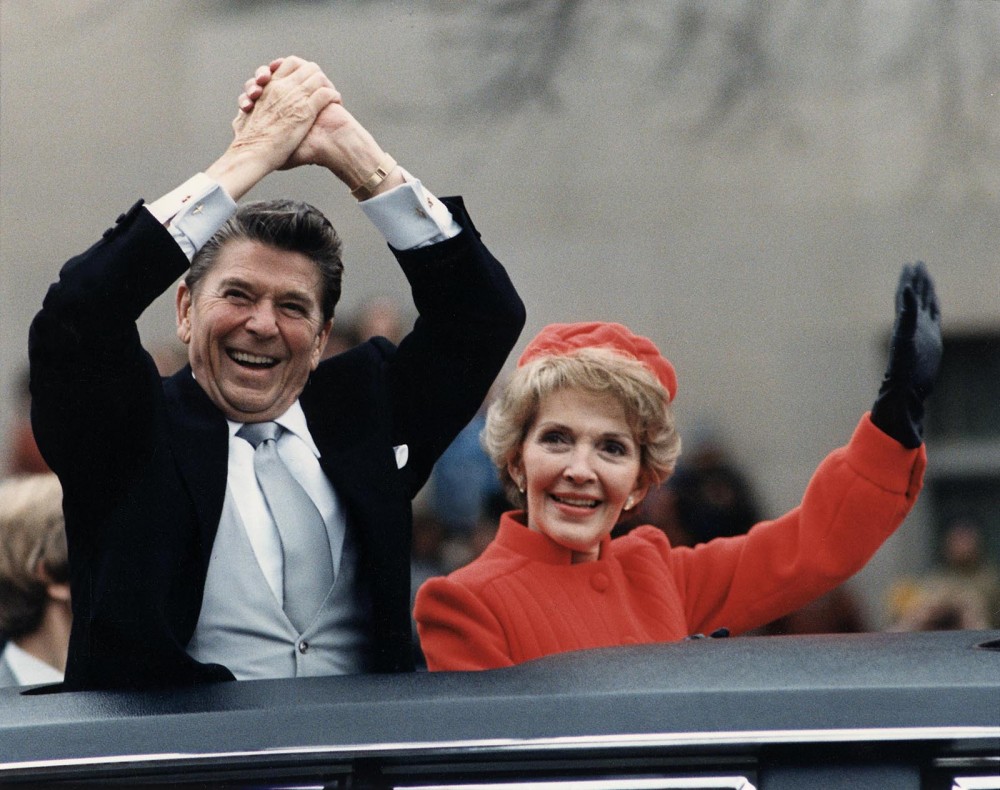 Harkening back to Jeffersonian politics of limited government, a viewpoint that would only increase in popularity over the next three decades, Ronald Reagan launched his campaign by saying bluntly, “I believe in states’ rights.” Reagan secured the presidency through appealing to the growing conservatism of much of the country. Ronald Reagan and wife Nancy Reagan waving from the limousine during the Inaugural Parade in Washington, D.C. on Inauguration Day, 1981. Wikimedia.

In his first inaugural address Reagan proclaimed that “government is not the solution to the problem, government is the problem.” In reality, Reagan focused less on eliminating government than on redirecting government to serve new ends. In line with that goal, his administration embraced “supply-side” economic theories that had recently gained popularity among the New Right. While the postwar gospel of Keynesian economics had focused on stimulating consumer demand, supply-side economics held that lower personal and corporate tax rates would encourage greater private investment and production. The resulting wealth would “trickle down” to lower-income groups through job creation and higher wages. Conservative economist Arthur Laffer predicted that lower tax rates would generate so much economic activity that federal tax revenues would actually increase. The administration touted the so-called “Laffer Curve” as justification for the tax cut plan that served as the cornerstone of Reagan’s first year in office. Keynesian logic viewed tax cuts as inflationary, stifling the economy. But Republican Congressman Jack Kemp, an early supply-side advocate and co-sponsor of Reagan’s tax bill, promised that it would unleash the “creative genius that has always invigorated America.” 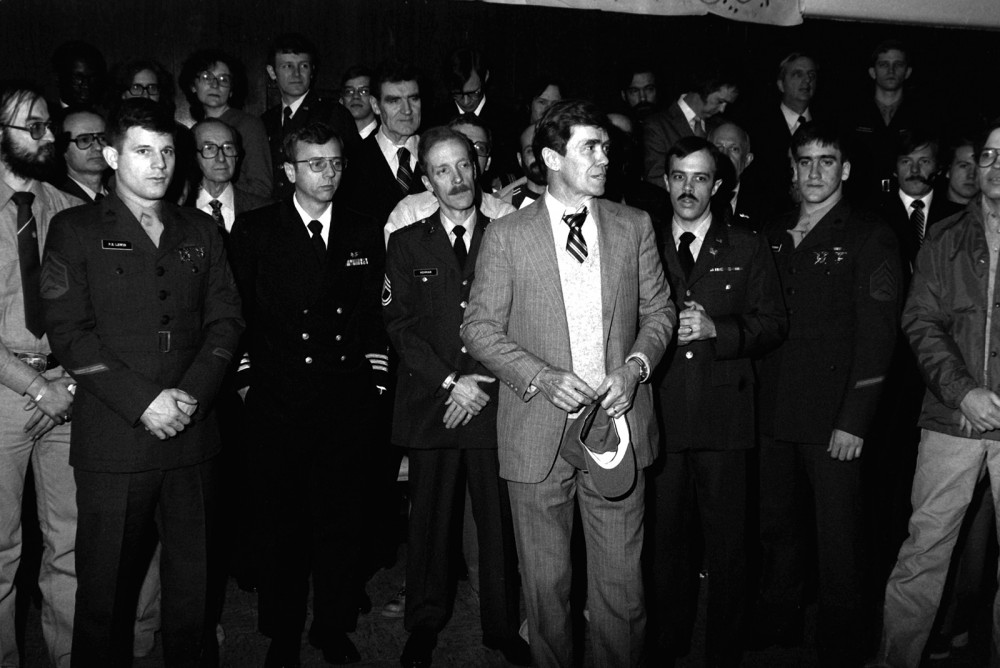 The Iranian hostage crisis ended literally during President Reagan’s inauguration speech. By a coincide of timing, then, the Reagan administration received credit for ending the conflict. This group photograph shows the former hostages in the hospital before being released back to the U.S. Johnson Babela, Photograph, 1981. Wikimedia.

The tax cut faced early skepticism from Democrats and even some Republicans. Vice president George H.W. Bush had belittled supple-side theory as “voodoo economics” during the 1980 Republican primaries. But a combination of skill and serendipity pushed the bill over the top. Reagan aggressively and effectively lobbied individual members of Congress for support on the measure. Then on March 30, 1981, Reagan survived an assassination attempt by John Hinckley. Public support swelled for the hospitalized president. Congress ultimately approved a $675-billion tax cut in July 1981 with significant Democratic support. The bill reduced overall federal taxes by more than one quarter and lowered the top marginal rate from 70% to 50%, with the bottom rate dropping from 14% to 11%. It also slashed the rate on capital gains from 28% to 20%The next month, Reagan scored another political triumph in response to a strike called by the Professional Air Traffic Controllers Organization (PATCO). During the 1980 campaign, Reagan had wooed organized labor, describing himself as “an old union man” (he had led the Screen Actor’s Guild from 1947 to 1952) who still held Franklin Roosevelt in high regard. PATCO had been one of the few labor unions to endorse Reagan. Nevertheless, the president ordered the union’s striking air traffic controllers back to work and fired more than 11,000 who refused. Reagan’s actions crippled PATCO and left the American labor movement reeling. For the rest of the 1980s the economic terrain of the United States—already unfavorable to union organizing—shifted decisively in favor of employers. The unionized portion of the private-sector workforce fell from 20% in 1980 to 12% in 1990. Reagan’s defeat of PATCO and his tax bill enhanced the economic power of corporations and high-income households; the conflicts confirmed that a conservative age had dawned in American politics.

The new administration appeared to be flying high in the fall of 1981, but other developments challenged the rosy economic forecasts emanating from the White House. As Reagan ratcheted up tension with the Soviet Union, Congress approved his request for $1.2 trillion in new military spending. Contrary to the assurances of David Stockman—the young supply-side disciple who headed the Office of Management and Budget—the combination of lower taxes and higher defense budgets caused the national debt to balloon. (By the end of Reagan’s first term it equaled 53% of GDP, as opposed to 33% in 1981.) Meanwhile, Federal Reserve Chairman Paul Volcker continued his policy from the Carter years of combating inflation by maintain high interest rates—they surpassed 20% in June 1981. The Fed’s action increased the cost of borrowing money and stifled economic activity.

As a result, the United States experienced a severe economic recession in 1981 and 1982. Unemployment rose to nearly 11%, the highest figure since the Great Depression. Reductions in social welfare spending heightened the impact of the recession on ordinary people. Congress had followed Reagan’s lead by reducing funding for food stamps and Aid to Families with Dependent Children, eliminated the CETA program and its 300,000 jobs, and removed a half-million people from the Supplemental Social Security program for the physically disabled. The cuts exacted an especially harsh toll on low-income communities of color. The head of the NAACP declared the administration’s budget cuts had rekindled “war, pestilence, famine, and death.” Reagan also received bipartisan rebuke in 1981 after proposing cuts to Social Security benefits for early retirees. The Senate voted unanimously to condemn the plan, and Democrats framed it as a heartless attack on the elderly. Confronted with recession and harsh public criticism, a chastened White House worked with Democratic House Speaker Tip O’Neil in 1982 on a bill that restored $98 billion of the previous year’s tax cuts. Despite compromising with the administration on taxes, Democrats railed against the so-called “Reagan Recession,” arguing that the president’s economic policies favored the most fortunate Americans. This appeal, which Democrats termed the “fairness issue,” helped them win 26 House seats in the autumn Congressional races. The New Right appeared to be in trouble.