The many problems associated with the Gilded Age—the rise of unprecedented fortunes and unprecedented poverty, controversies over imperialism, urban squalor, a near-war between capital and labor, loosening social mores, unsanitary food production, the onrush of foreign immigration, environmental destruction, and the outbreak of political radicalism—confronted Americans with fierce urgency. Terrible forces seemed out of control and the nation seemed imperiled. Farmers and workers had been waging political war against capitalists and political conservatives for decades, but then, slowly, toward the end of the nineteenth century a new generation of middle class Americans interjected themselves into public life and advocated new reforms to tame the runaway world of the Gilded Age.

Widespread dissatisfaction with new trends in American society spurred the Progressive Era, named for the various “progressive” movements that attracted various constituencies around various reforms. Whatever their goals, “reform” became the word of the age. These sources attempt to shed light upon the many aspects of American life in the Progressive Era. 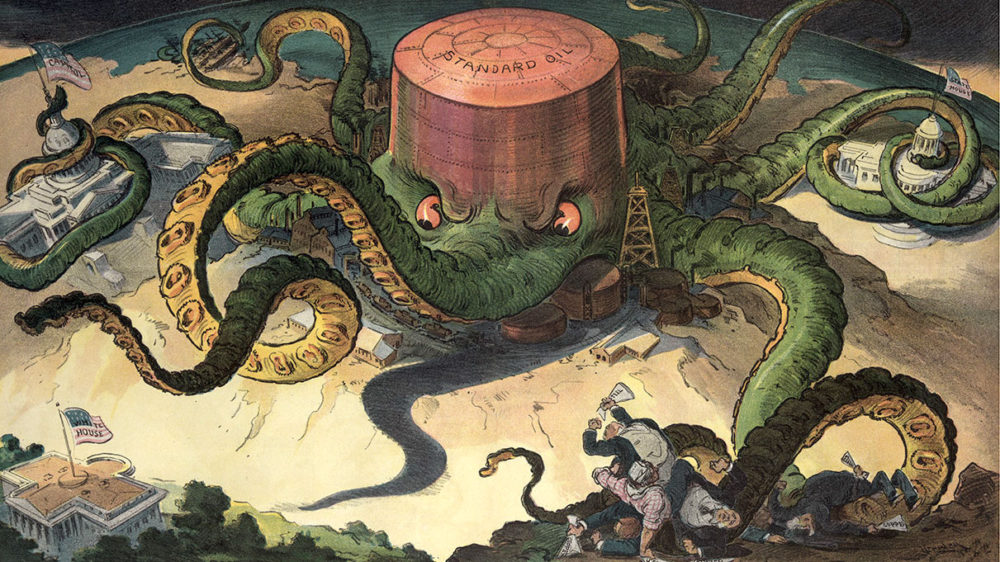 Illustration shows a “Standard Oil” storage tank as an octopus with many tentacles wrapped around the steel, copper, and shipping industries, as well as a state house, the U.S. Capitol, and one tentacle reaching for the White House. The only building not yet within reach of the octopus is the White House—President Teddy Roosevelt had won a reputation as a “trust buster.” 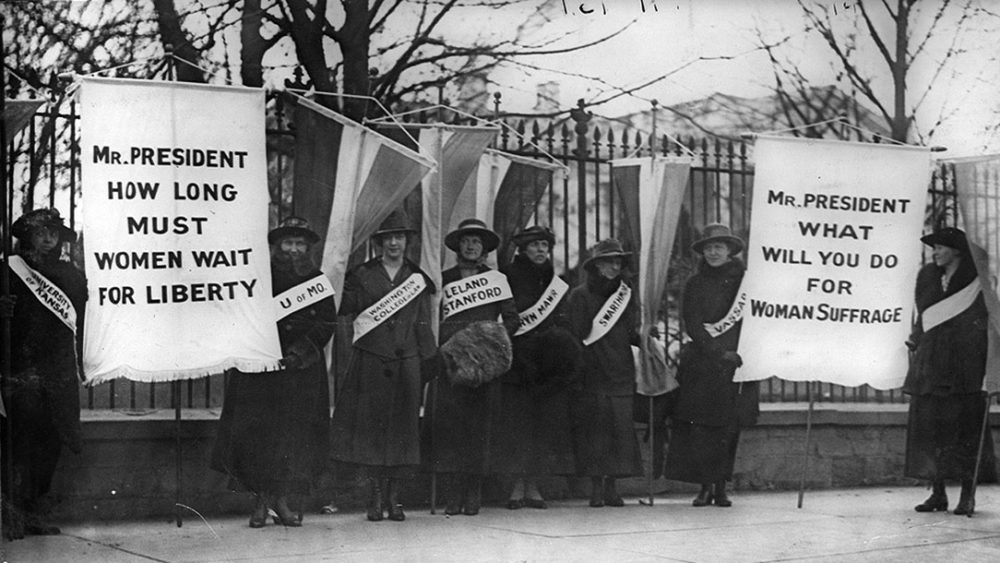 Women protesting for suffrage. Via Library of Congress (LC-USZ62-31799).

Women protested silently in front of the White House for over two years before the passage of the Nineteenth Amendment. Here, women represent their colleges as they picket the White House in support of women’s suffrage. 1917.