While many Americans in the 1970s continued to celebrate the political and cultural achievements of the previous decade, a more anxious, conservative mood grew across the nation. For some, the United States had not gone nearly far enough to promote greater social equality; for others, the nation had gone too far, unfairly trampling the rights of one group to promote the selfish needs of another. Onto these brewing dissatisfactions the 1970s dumped the divisive remnants of a failed war, the country’s greatest political scandal, and an intractable economic crisis. As the following sources lay bare, it seemed as if the nation was ready to unravel. 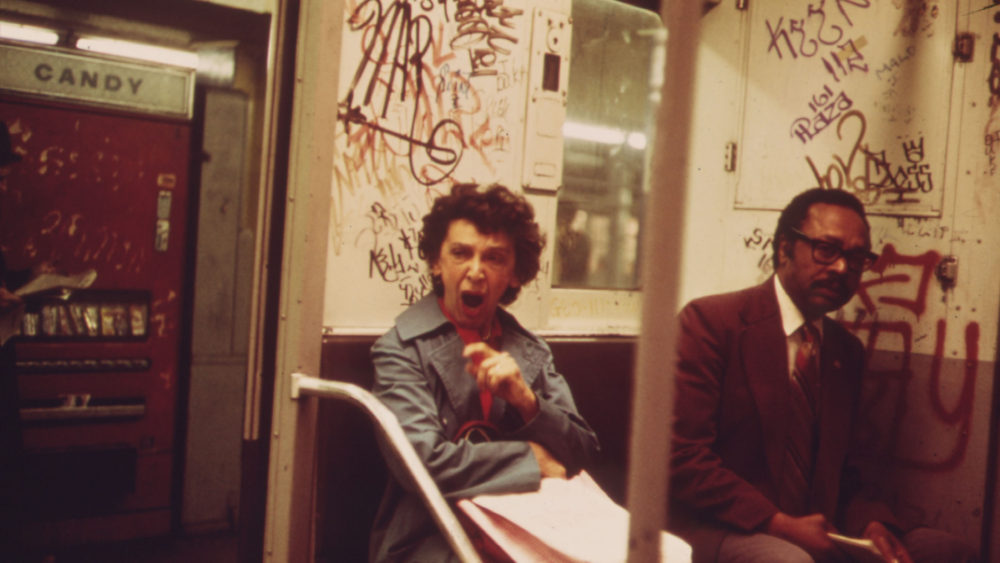 Erik Calonius, “Many Subway Cars in New York City Have Been Spray-Painted by Vandals” 1973. Via National Archives (8464439).

“Urban Decay” confronted Americans of the 1960s and 1970s. As the economy sagged and deindustrialization hit much of the country, many Americans associated major cities with poverty and crime. In this 1973 photo, two subway riders sit amid a graffitied subway car in New York City. 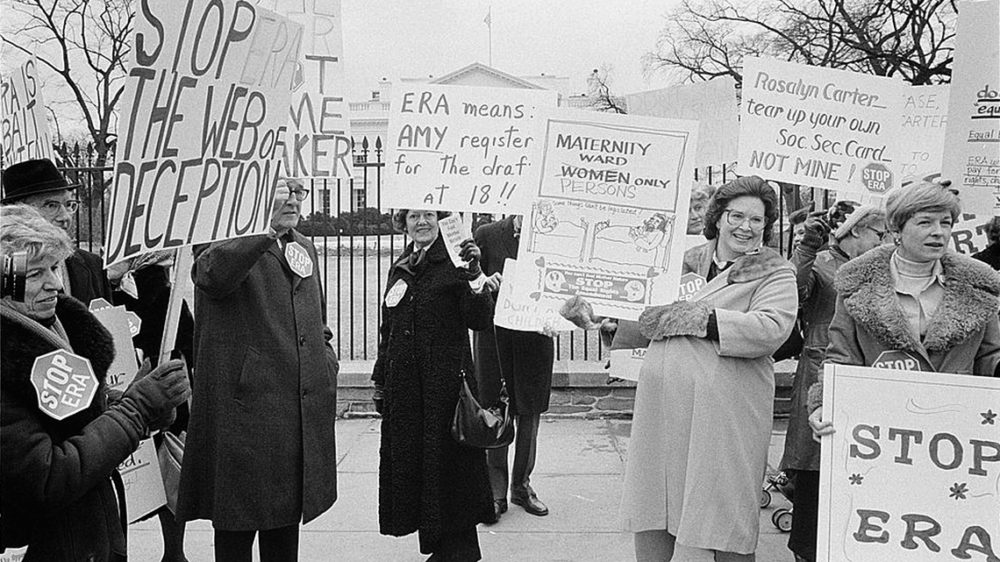 Warren K. Leffler, Demonstrators opposed to the ERA in front of the White House, 1977, via Library of Congress.

In the 1970s, conservative Americans defeated the Equal Rights Amendment (ERA). With high approval ratings, the ERA–which declared, “Equality of rights under the law shall not be denied or abridged by the United States or any state on account of sex”—seemed destined to pass swiftly through state legislatures and become the Twenty-Seventh Amendment, but conservative opposition stopped the Amendment just short of ratification.