There is no such thing as a “math person.”  In the same way that a weight lifter can increase his or her strength, a student can exercise his or her brain to become proficient at understanding quantitative subjects like math. Scientists have shown [1] that as you learn your brain gets stronger. This translates into being able to learn a wider variety of things. 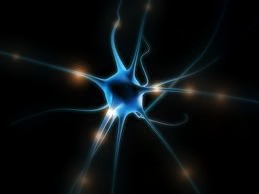 Inside your brain is a network of neurons, and when you learn new things, the connections between your neurons multiply and become stronger.  In contrast to the commonly expressed idea that you “can’t teach an old dog new tricks,” scientists have demonstrated that adults can grow their brains, too. For some, learning is a lifetime endeavor.

Do you believe that you can learn how to juggle, ride a skateboard, speak another language, or paint? Think about what steps you would need to take to learn a new skill. Would you get better at any of these things by doing the same set of things over and over? Probably not.

Scientists have found that learning something new “grows” your brain more than practicing things you already know. You can apply this idea to learning math by paying attention to how you manage your feelings and attitudes when you make a mistake.

What kind of mindset you think you have about learning math?

Take a moment to think about how you feel or thoughts that you have when you make a mistake.  Did you know that the brains of people who believe they can learn anything (including math) actually grow when they make a mistake? Making a mistake in a math class does not automatically mean you are unable to learn the skills or concepts required in the class. Jo Boaler, a researcher and educator at Stanford University, presents a very positive and interesting view of the growth mindset as it pertains to learning math in the following video:

After watching the video, ask yourself (without placing any judgement) the following questions:

Here is a list of positive attitudes and thoughts that can help you improve or change your mindset about learning math:

Try repeating one or more of these statements to yourself when you are faced with frustration, disappointment, or struggle with your math course.  You may be surprised to find that you can teach your brain to have a different attitude about math, and in doing so, you can achieve success.