As you read the following passage, identify any errors in tense or agreement. Explain how to fix these errors in the text frame below. The sentence have been numbered to aid in your comments.

(1) Elizabeth Cochran Seaman (1864–1922), known by her pen name Nellie Bly, was an American journalist. (2) She were also a writer, an industrialist, an inventor, and a charity worker. (3) At that time, women in journalism customarily used pen names. (4) The editor chosen “Nellie Bly,” adopted from the title character in the popular song Nelly Bly by Stephen Foster. (5) Bly originally intended that her pseudonym be “Nelly Bly,” but her editor wrote “Nellie” by mistake and the error stuck.

(6) Bly best is known for two accomplishments: her record-breaking trip around the world in 72 days, in emulation of Jules Verne’s fictional character Phileas Fogg, and her exposé in which she faked insanity to study a mental institution from within. (7) She is a pioneer in several fields, and she launches a new kind of investigative journalism.

In sentence 2, the linking verb were is used instead of was. Despite the fact that there are many objects in this sentence (a writer, an industrialist, an inventor, and a charity worker), the correct verb here is was. The verb should agree with the subject of the sentence, not the object.

In sentence 4, the past participle chosen is used where the simple past tense should be used: “The editor chose . . .”

Sentence 6 has an issue with word order. Even though the helping verb is works with the past participle known in this sentence, it is okay to divide the words with a modifier. The sentence should read: “Bly is best know for two accomplishments.”

Read the following passage and identify the different types of non-finite verbs within, as well as the roles they perform. Type your answers in the text frame below. The sentence have been numbered to aid in your comments.

(1) The Australian magpie is a medium-size black and white bird native to Australia. (2) Feeding magpies is a common practice among households around the country, and there generally is a peaceful co-existence. (3) However, in the spring a small minority of breeding magpies (almost always males) become aggressive and swoop and attack passersby. 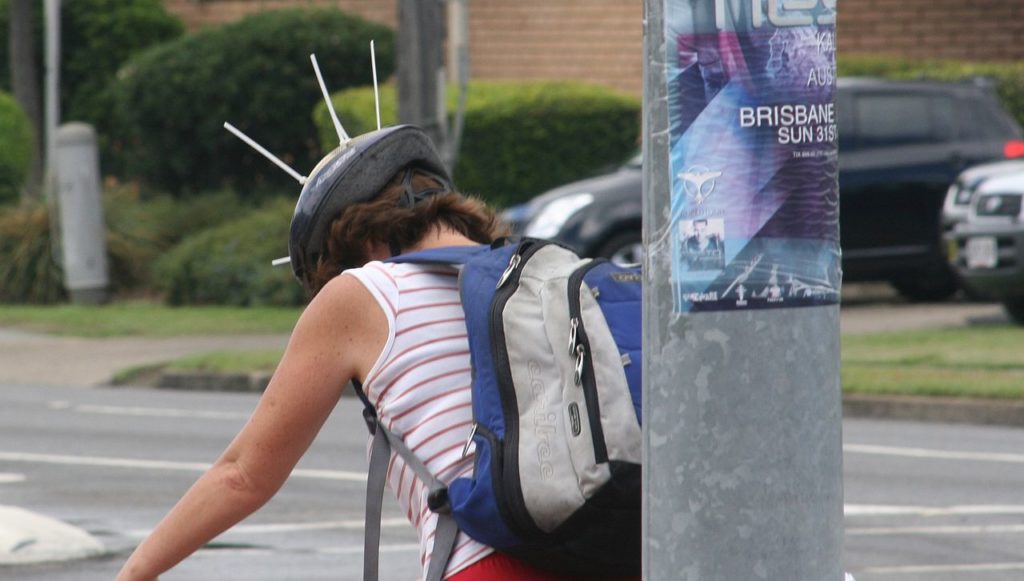 (4) The birds are known to attack pedestrians at around 160 feet from their nest, and cyclists at around 330 feet. (5) Being unexpectedly swooped while cycling can result in loss of control of the bicycle, which may cause injury.

(6) If it is necessary to walk near a nest, wearing a broad-brimmed hat or using an umbrella will deter attacking birds, but beanies and bicycle helmets are of little value because birds attack the sides of the head and neck. (7) Cyclists can deter attack by attaching a long pole with a flag to a bike. (8) Using cable ties on helmets has become common as well, and it appears to be an effective deterrent.

Show Gerunds
Gerunds appear in the –ing form of a verb. They behave like nouns.
Show Participles
Present participles also appear as the –ing form of a verb. However, they typically act as modifiers rather than nouns. Past participles take unique past participle forms (many of them are identical to the simple past tense). They act as modifiers as well.
Show Infinitives
Infinitives take two different forms: the dictionary form of the verb, with or without to.
Licenses and Attributions
CC licensed content, Original
CC licensed content, Shared previously