Humanistic Therapy and Other Treatments 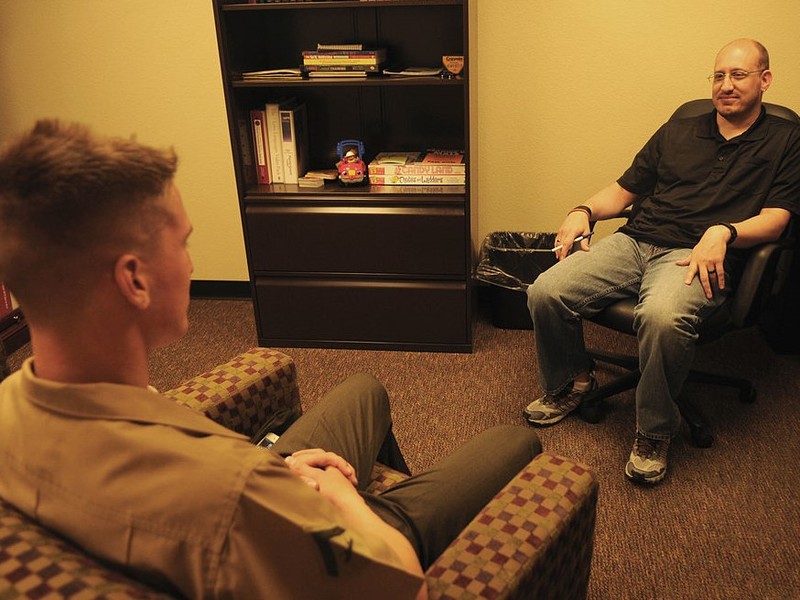 Figure 1. The quality of the relationship between therapist and patient is of great importance in person-centered therapy.

Humanistic psychology focuses on helping people achieve their potential. So it makes sense that the goal of humanistic therapy is to help people become more self-aware and accepting of themselves. In contrast to psychoanalysis, humanistic therapists focus on conscious rather than unconscious thoughts. They also emphasize the patient’s present and future, as opposed to exploring the patient’s past.

Psychologist Carl Rogers developed a therapeutic orientation known as Rogerian, or client-centered therapy (also sometimes called person-centered therapy or PCT). Note the change from patients to clients. Rogers (1951) felt that the term patient suggested the person seeking help was sick and looking for a cure. Since this is a form of nondirective therapy, a therapeutic approach in which the therapist does not give advice or provide interpretations but helps the person to identify conflicts and understand feelings, Rogers (1951) emphasized the importance of the person taking control of his own life to overcome life’s challenges.

In client-centered therapy, the therapist uses the technique of active listening. In active listening, the therapist acknowledges, restates, and clarifies what the client expresses. Therapists also practice what Rogers called unconditional positive regard, which involves not judging clients and simply accepting them for who they are. Rogers (1951) also felt that therapists should demonstrate genuineness, empathy, and acceptance toward their clients because this helps people become more accepting of themselves, which results in personal growth.

One age-old practice that has seen a resurgence in popularity in recent years is mindfulness. Mindfulness is a process that tries to cultivate a nonjudgmental, yet attentive, mental state. It is a therapy that focuses on one’s awareness of bodily sensations, thoughts, and the outside environment. Whereas other therapies work to modify or eliminate these sensations and thoughts, mindfulness focuses on non-judgmentally accepting them (Kabat-Zinn, 2003; Baer, 2003). For example, whereas CBT may actively confront and work to change a maladaptive thought, mindfulness therapy works to acknowledge and accept the thought, understanding that the thought is spontaneous and not what the person truly believes. There are two important components of mindfulness: (1) self-regulation of attention, and (2) orientation toward the present moment (Bishop et al., 2004). Mindfulness is thought to improve mental health because it draws attention away from past and future stressors, encourages acceptance of troubling thoughts and feelings, and promotes physical relaxation.

MBSR uses meditation, yoga, and attention to physical experiences to reduce stress. The hope is that reducing a person’s overall stress will allow that person to more objectively evaluate his or her thoughts. In MBCT, rather than reducing one’s general stress to address a specific problem, attention is focused on one’s thoughts and their associated emotions. For example, MBCT helps prevent relapses in depression by encouraging patients to evaluate their own thoughts objectively and without value judgment (Baer, 2003). Although cognitive behavioral therapy (CBT) may seem similar to this, it focuses on “pushing out” the maladaptive thought, whereas mindfulness-based cognitive therapy focuses on “not getting caught up” in it.

Addiction and substance abuse disorders are difficult to treat because chronic substance use can permanently alter the neural structure in the prefrontal cortex, an area of the brain associated with decision-making and judgment, thus driving a person to use drugs and/or alcohol (Muñoz-Cuevas, Athilingam, Piscopo, & Wilbrecht, 2013). This helps explain why relapse rates tend to be high. About 40%–60% of individuals relapse, which means they return to abusing drugs and/or alcohol after a period of improvement (National Institute on Drug Abuse [NIDA], 2008).

The goal of substance-related treatment is to help an addicted person stop compulsive drug-seeking behaviors (NIDA, 2012). This means an addicted person will need long-term treatment, similar to a person battling a chronic physical disease such as hypertension or diabetes. Treatment usually includes behavioral therapy and/or medication, depending on the individual (NIDA, 2012). Specialized therapies have also been developed for specific types of substance-related disorders, including alcohol, cocaine, and opioids (McGovern & Carroll, 2003). Substance-related treatment is considered much more cost-effective than incarceration or not treating those with addictions (NIDA, 2012).

Specific factors make substance-related treatment much more effective. One factor is duration of treatment. Generally, the addict needs to be in treatment for at least three months to achieve a positive outcome (Simpson, 1981; Simpson, Joe, & Bracy, 1982; NIDA, 2012). This is due to the psychological, physiological, behavioral, and social aspects of abuse (Simpson, 1981; Simpson et al., 1982; NIDA, 2012).

While individual therapy is used in the treatment of substance-related disorders, group therapy is the most widespread treatment modality (Weiss, Jaffee, de Menil, & Cogley, 2004). The rationale behind using group therapy for addiction treatment is that addicts are much more likely to maintain sobriety in a group format. It has been suggested that this is due to the rewarding and therapeutic benefits of the group, such as support, affiliation, identification, and even confrontation (Center for Substance Abuse Treatment, 2005).

Treatment also usually involves medications to detox the addict safely after an overdose, to prevent seizures and agitation that often occur in detox, to prevent reuse of the drug, and to manage withdrawal symptoms. Getting off drugs often involves the use of drugs—some of which can be just as addictive. Detox can be difficult and dangerous.

Frequently, a person who is addicted to drugs and/or alcohol has comorbid disorders, meaning they may have additional diagnoses of other psychological disorders. In cases of comorbidity, the best treatment is thought to address both (or multiple) disorders simultaneously (NIDA, 2012). Behavior therapies are used to treat comorbid conditions, and in many cases, medications are used along with psychotherapy.

With growth in research and technology, psychologists have been able to develop new treatment strategies in recent years. Often, these approaches focus on enhancing existing treatments, such as cognitive-behavioral therapies, through the use of technological advances. For example, internet- and mobile-delivered therapies make psychological treatments more available, through smartphones and online access. Clinician-supervised online CBT modules allow patients to access treatment from home on their own schedule—an opportunity particularly important for patients with less geographic or socioeconomic access to traditional treatments. Furthermore, smartphones help extend therapy to patients’ daily lives, allowing for symptom tracking, homework reminders, and more frequent therapist contact.

Another benefit of technology is cognitive bias modification. Here, patients are given exercises, often through the use of video games, aimed at changing their problematic thought processes. For example, researchers might use a mobile app to train alcohol abusers to avoid stimuli related to alcohol. One version of this game flashes four pictures on the screen—three alcohol cues (e.g., a can of beer, the front of a bar) and one health-related image (e.g., someone drinking water). The goal is for the patient to tap the healthy picture as fast as s/he can. Games like these aim to target patients’ automatic, subconscious thoughts that may be difficult to direct through conscious effort. That is, by repeatedly tapping the healthy image, the patient learns to “ignore” the alcohol cues, so when those cues are encountered in the environment, they will be less likely to trigger the urge to drink. Approaches like these are promising because of their accessibility, however they require further research to establish their effectiveness.

Yet another emerging treatment employs CBT-enhancing pharmaceutical agents. These are drugs used to improve the effects of therapeutic interventions. Based on research from animal experiments, researchers have found that certain drugs influence the biological processes known to be involved in learning. Thus, if people take these drugs while going through psychotherapy, they are better able to “learn” the techniques for improvement. For example, the antibiotic d-cycloserine improves treatment for anxiety disorders by facilitating the learning processes that occur during exposure therapy. Ongoing research in this exciting area may prove to be quite fruitful.

cognitive bias modification: using exercises (e.g., computer games) to change problematic thinking habits
comorbid disorder: individual who has two or more diagnoses, which often includes a substance abuse diagnosis and another psychiatric diagnosis, such as depression, bipolar disorder, or schizophrenia
humanistic therapy: therapeutic orientation aimed at helping people become more self-aware and accepting of themselves
mindfulness: a process that tries to cultivate a nonjudgmental, yet attentive, mental state. It is a therapy that focuses on one’s awareness of bodily sensations, thoughts, and the outside environment
nondirective therapy: therapeutic approach in which the therapist does not give advice or provide interpretations but helps the person identify conflicts and understand feelings
rational emotive therapy (RET): form of cognitive-behavioral therapy
relapse: repeated drug use and/or alcohol use after a period of improvement from substance abuse
Rogerian (client-centered therapy): non-directive form of humanistic psychotherapy developed by Carl Rogers that emphasizes unconditional positive regard and self-acceptance
unconditional positive regard: fundamental acceptance of a person regardless of what they say or do; term associated with humanistic psychology