The branch of I-O psychology known as industrial psychology focuses on identifying and matching persons to tasks within an organization. This involves job analysis, which means accurately describing the task or job. Then, organizations must identify the characteristics of applicants for a match to the job analysis. It also involves training employees from their first day on the job throughout their tenure within the organization, and appraising their performance along the way.

When you read job advertisements, do you ever wonder how the company comes up with the job description? Often, this is done with the help of I-O psychologists. There are two related but different approaches to job analysis—you may be familiar with the results of each as they often appear on the same job advertisement. The first approach is task-oriented and lists in detail the tasks that will be performed for the job. Each task is typically rated on scales for how frequently it is performed, how difficult it is, and how important it is to the job. The second approach is worker-oriented. This approach describes the characteristics required of the worker to successfully perform the job. This second approach has been called job specification (Dierdorff & Wilson, 2003). For job specification, the knowledge, skills, and abilities (KSAs) that the job requires are identified.Observation, surveys, and interviews are used to obtain the information required for both types of job analysis. It is possible to observe someone who is proficient in a position and analyze what skills are apparent. Another approach used is to interview people presently holding that position, their peers, and their supervisors to get a consensus of what they believe are the requirements of the job.How accurate and reliable is a job analysis? Research suggests that it can depend on the nature of the descriptions and the source for the job analysis. For example, Dierdorff & Wilson (2003) found that job analyses developed from descriptions provided by people holding the job themselves were the least reliable; however, they did not study or speculate why this was the case.

The United States Department of Labor maintains a database of previously compiled job analyses for different jobs and occupations. This allows the I-O psychologist to access previous analyses for nearly any type of occupation. This system is called O*Net. The site is open and you can see the KSAs that are listed for your own position or one you might be curious about. Each occupation lists the tasks, knowledge, skills, abilities, work context, work activities, education requirements, interests, personality requirements, and work styles that are deemed necessary for success in that position. You can also see data on average earnings and projected job growth in that industry.

Once a company identifies potential candidates for a position, the candidates’ knowledge, skills, and other abilities must be evaluated and compared with the job description. These evaluations can involve testing, an interview, and work samples or exercises. You learned about personality tests in the module on personality; in the I-O context, they are used to identify the personality characteristics of the candidate in an effort to match those to personality characteristics that would ensure good performance on the job. For example, a high rating of agreeableness might be desirable in a customer support position. However, it is not always clear how best to correlate personality characteristics with predictions of job performance. It might be that too high of a score on agreeableness is actually a hindrance in the customer support position. For example, if a customer has a misperception about a product or service, agreeing with their misperception will not ultimately lead to resolution of their complaint. Any use of personality tests should be accompanied by a verified assessment of what scores on the test correlate with good performance (Arthur, Woehr, & Graziano, 2001). Other types of tests that may be given to candidates include IQ tests, integrity tests, and physical tests, such as drug tests or physical fitness tests.

What Do You Think? Using Cutoff Scores to Determine Job Selection

Many positions require applicants to take tests as part of the selection process. These can include IQ tests, job-specific skills tests, or personality tests. The organization may set cutoff scores (i.e., a score below which a candidate will not move forward) for each test to determine whether the applicant moves on to the next stage. For example, there was a case of Robert Jordan, a 49-year-old college graduate who applied for a position with the police force in New London, Connecticut. As part of the selection process, Jordan took the Wonderlic Personnel Test (WPT), a test designed to measure cognitive ability.

Jordan sued the police department alleging that his rejection was discrimination and his civil rights were violated because he was denied equal protection under the law. The 2nd U.S. Circuit Court of Appeals upheld a lower court’s decision that the city of New London did not discriminate against him because the same standards were applied to everyone who took the exam (The New York Times, 1999).

What do you think? When might universal cutoff points make sense in a hiring decision, and when might they eliminate otherwise potentially strong employees? 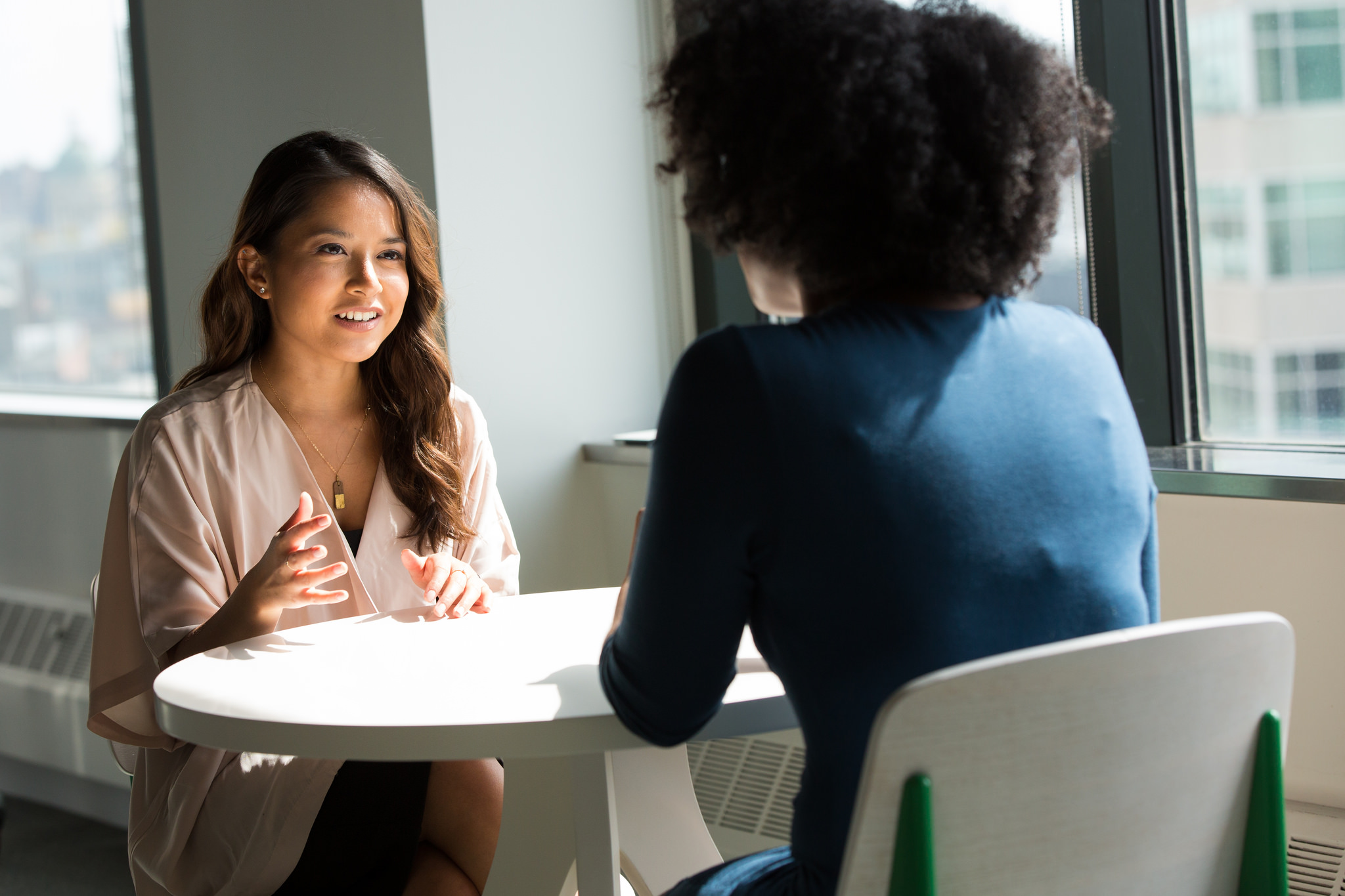 Figure 1. Studies of job interviews show that they are more effective at predicting future job performance when they are structured.

Most jobs for mid-size to large-size businesses in the United States require a personal interview as a step in the selection process. Because interviews are commonly used, they have been the subject of considerable research by industrial psychologists. Information derived from job analysis usually forms the basis for the types of questions asked. Interviews can provide a more dynamic source of information about the candidate than standard testing measures. Importantly, social factors and body language can influence the outcome of the interview. These include influences, such as the degree of similarity of the applicant to the interviewer and nonverbal behaviors, such as hand gestures, head nodding, and smiling (Bye, Horverak, Sandal, Sam, & Vivjer, 2014; Rakić, Steffens, & Mummendey, 2011).

You might be wondering if psychology research can tell you how to succeed in a job interview. As you can imagine, most research is concerned with the employer’s interest in choosing the most appropriate candidate for the job, a goal that makes sense for the candidate too. But suppose you are not the only qualified candidate for the job; is there a way to increase your chances of being hired? A limited amount of research has addressed this question.

As you might expect, nonverbal cues are important in an interview. Liden, Martin, & Parsons (1993) found that lack of eye contact and smiling on the part of the applicant led to lower applicant ratings. Studies of impression management on the part of an applicant have shown that self-promotion behaviors generally have a positive impact on interviewers (Gilmore & Ferris, 1989). Different personality types use different forms of impression management, for example extroverts use verbal self-promotion, and applicants high in agreeableness use non-verbal methods such as smiling and eye contact. Self-promotion was most consistently related with a positive outcome for the interview, particularly if it was related to the candidate’s person–job fit. However, it is possible to overdo self-promotion with experienced interviewers (Howard & Ferris, 1996). Barrick, Swider & Stewart (2010) examined the effect of first impressions during the rapport building that typically occurs before an interview begins. They found that initial judgments by interviewers during this period were related to job offers and that the judgments were about the candidate’s competence and not just likability. Levine and Feldman (2002) looked at the influence of several nonverbal behaviors in mock interviews on candidates’ likability and projections of competence. Likability was affected positively by greater smiling behavior. Interestingly, other behaviors affected likability differently depending on the gender of the applicant. Men who displayed higher eye contact were less likable; women were more likable when they made greater eye contact. However, for this study male applicants were interviewed by men and female applicants were interviewed by women. In a study carried out in a real setting, DeGroot & Gooty (2009) found that nonverbal cues affected interviewers’ assessments about candidates. They looked at visual cues, which can often be modified by the candidate and vocal (nonverbal) cues, which are more difficult to modify. They found that interviewer judgment was positively affected by visual and vocal cues of conscientiousness, visual and vocal cues of openness to experience, and vocal cues of extroversion.

What is the take home message from the limited research that has been done? Learn to be aware of your behavior during an interview. You can do this by practicing and soliciting feedback from mock interviews. Pay attention to any nonverbal cues you are projecting and work at presenting nonverbal cures that project confidence and positive personality traits. And finally, pay attention to the first impression you are making as it may also have an impact in the interview.

immutable characteristic: traits that employers cannot use to discriminate in hiring, benefits, promotions, or termination; these traits are fundamental to one’s personal identity (e.g. skin color and hair texture)
job analysis: determining and listing tasks associated with a particular job
performance appraisal: evaluation of an employee’s success or lack of success at performing the duties of the job