Genes do not exist in a vacuum. Although we are all biological organisms, we also exist in an environment that is incredibly important in determining not only when and how our genes express themselves, but also in what combination. Each of us represents a unique interaction between our genetic makeup and our environment; range of reaction is one way to describe this interaction. Range of reaction asserts that our genes set the boundaries within which we can operate, and our environment interacts with the genes to determine where in that range we will fall. For example, if an individual’s genetic makeup predisposes her to high levels of intellectual potential and she is reared in a rich, stimulating environment, then she will be more likely to achieve her full potential than if she were raised under conditions of significant deprivation. According to the concept of range of reaction, genes set definite limits on potential, and environment determines how much of that potential is achieved. Some disagree with this theory and argue that genes do not set a limit on a person’s potential with reaction norms being determined by the environment. For example, when individuals experience neglect or abuse early in life, they are more likely to exhibit adverse psychological and/or physical conditions that can last throughout their lives. These conditions may develop as a function of the negative environmental experiences in individuals from dissimilar genetic backgrounds (Miguel, Pereira, Silveira, & Meaney, 2019; Short & Baram, 2019).

In another approach to gene-environment interactions, the field of epigenetics looks beyond the genotype itself and studies how the same genotype can be expressed in different ways. In other words, researchers study how the same genotype can lead to very different phenotypes. As mentioned earlier, gene expression is often influenced by environmental context in ways that are not entirely obvious. For instance, identical twins share the same genetic information (identical twins develop from a single fertilized egg that split, so the genetic material is exactly the same in each; in contrast, fraternal twins usually result from two different eggs fertilized by different sperm, so the genetic material varies as with non-twin siblings). But even with identical genes, there remains an incredible amount of variability in how gene expression can unfold over the course of each twin’s life. Sometimes, one twin will develop a disease and the other will not. In one example, Aliya, an identical twin, died from cancer at age 7, but her twin, now 19 years old, has never had cancer. Although these individuals share an identical genotype, their phenotypes differ as a result of how that genetic information is expressed over time and through their unique environmental interactions. The epigenetic perspective is very different from range of reaction, because here the genotype is not fixed and limited.

You can view the transcript for “Introducing Epigenetics – Intro to Psychology” here (opens in new window).

Visit the Learning Genetics website for an engaging video primer on the epigenetics of twin studies. 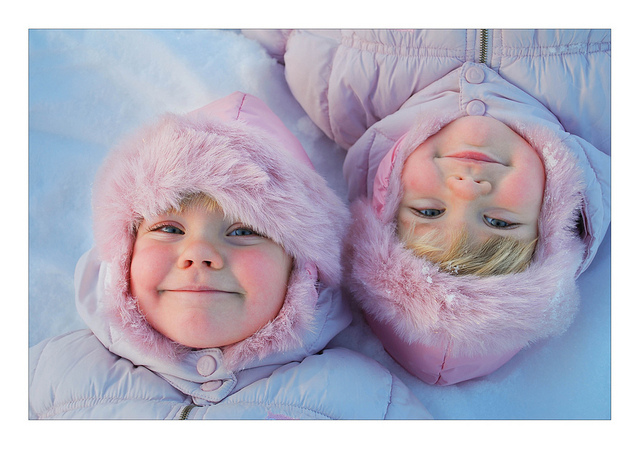 Figure 2. Identical twins are the perfect example of epigenetics. Although they share exactly the same DNA, their unique experiences in life will cause some genes (and not others) to express themselves. This is why, over time, identical twins come to look and behave differently. [Image: Inese Dunajeva]

Genes affect more than our physical characteristics. Indeed, scientists have found genetic linkages to a number of behavioral characteristics, ranging from basic personality traits to sexual orientation to spirituality (for examples, see Mustanski et al., 2005; Comings, Gonzales, Saucier, Johnson, & MacMurray, 2000). Genes are also associated with temperament and a number of psychological disorders, such as depression and schizophrenia. So while it is true that genes provide the biological blueprints for our cells, tissues, organs, and body, they also have significant impact on our experiences and our behaviors.

Let’s look at the following findings regarding schizophrenia in light of our three views of gene-environment interactions. Which view do you think best explains this evidence?

In a 2004 study by Tienari and colleagues, of people who were given up for adoption, adoptees whose biological mothers had schizophrenia and who had been raised in a disturbed family environment were much more likely to develop schizophrenia or another psychotic disorder than were any of the other groups in the study:

The study shows that adoptees with high genetic risk were most likely to develop schizophrenia if they were raised in disturbed home environments. This research lends credibility to the notion that both genetic vulnerability and environmental stress are necessary for schizophrenia to develop, and that genes alone do not tell the full tale.

The most comprehensive study to date of variations in parental investment and epigenetic inheritance in mammals is that of the maternally transmitted responses to stress in rats. In rat pups, maternal nurturing (licking and grooming) during the first week of life is associated with long-term programming of individual differences in stress responsiveness, emotionality, cognitive performance, and reproductive behavior (Caldji et al., 1998; Francis, Diorio, Liu, & Meaney, 1999; Liu et al., 1997; Myers, Brunelli, Shair, Squire, & Hofer, 1989; Stern, 1997). In adulthood, the offspring of mothers that exhibit increased levels of pup licking and grooming over the first week of life show increased expression of the glucocorticoid receptor in the hippocampus (a brain structure associated with stress responsivity as well as learning and memory) and a lower hormonal response to stress compared with adult animals reared by low licking and grooming mothers (Francis et al., 1999; Liu et al., 1997). Moreover, rat pups that received low levels of maternal licking and grooming during the first week of life showed decreased histone acetylation and increased DNA methylation of a neuron-specific promoter of the glucocorticoid receptor gene (Weaver et al., 2004). The expression of this gene is then reduced, the number of glucocorticoid receptors in the brain is decreased, and the animals show a higher hormonal response to stress throughout their life.

The effects of maternal care on stress hormone responses and behavior in the offspring can be eliminated in adulthood by pharmacological treatment (HDAC inhibitor trichostatin A, TSA) or dietary amino acid supplementation (methyl donor L-methionine), treatments that influence histone acetylation, DNA methylation, and expression of the glucocorticoid receptor gene (Weaver et al., 2004;Weaver et al., 2005). This series of experiments shows that histone acetylation and DNA methylation of the glucocorticoid receptor gene promoter is a necessary link in the process leading to the long-term physiological and behavioral sequelae of poor maternal care. This points to a possible molecular target for treatments that may reverse or ameliorate the traces of childhood maltreatment.

Several studies have attempted to determine to what extent the findings from model animals are transferable to humans. Examination of post-mortem brain tissue from healthy human subjects found that the human equivalent of the glucocorticoid receptor gene promoter (NR3C1 exon 1F promoter) is also unique to the individual (Turner, Pelascini, Macedo, & Muller, 2008). A similar study examining newborns showed that methylation of the glucocorticoid receptor gene promoter maybe an early epigenetic marker of maternal mood and risk of increased hormonal responses to stress in infants 3 months of age (Oberlander et al., 2008).

Although further studies are required to examine the functional consequence of this DNA methylation, these findings are consistent with our studies in the neonate and adult offspring of low licking and grooming mothers that show increased DNA methylation of the promoter of the glucocorticoid receptor gene, decreased glucocorticoid receptor gene expression, and increased hormonal responses to stress (Weaver et al., 2004).

Examination of brain tissue from suicide victims found that the human glucocorticoid receptor gene promoter is also more methylated in the brains of individuals who had experienced maltreatment during childhood (McGowan et al., 2009). Examination of blood samples from adult patients with bipolar disorder, who also retrospectively reported on their experiences of childhood abuse and neglect, found that the degree of DNA methylation of the human glucocorticoid receptor gene promoter was strongly positively related to the reported experience of childhood maltreatment decades earlier.

Watch this video to see another example of how diet can alter the phenotype of genetically identical mice.

epigenome: a dynamic layer of information associated with DNA that differs between individuals and can be altered through various experiences and environments
epigenetics: study of gene-environment interactions, such as how the same genotype leads to different phenotypes
fraternal twins: twins who develop from two different eggs fertilized by different sperm, so their genetic material varies the same as in non-twin siblings
gene: sequence of DNA that controls or partially controls physical characteristics
identical twins: twins that develop from the same sperm and egg
range of reaction: asserts our genes set the boundaries within which we can operate, and our environment interacts with the genes to determine where in that range we will fall