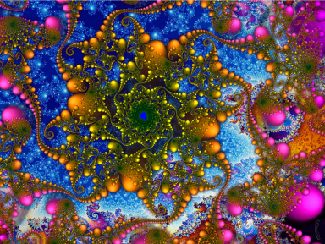 Figure 1. Psychedelic images like this are often associated with hallucinogenic compounds. (credit: modification of work by “new 1lluminati”/Flickr)

A hallucinogen is one of a class of drugs that results in profound alterations in sensory and perceptual experiences (Figure 1). In some cases, users experience vivid visual hallucinations. Common hallucinogens include marijuana, psilocybin (shrooms), mescaline (peyote), and LSD. It is also common for these types of drugs to cause hallucinations of body sensations (e.g., feeling as if you are a giant) and a skewed perception of the passage of time.

As a group, hallucinogens are incredibly varied in terms of the neurotransmitter systems they affect. Mescaline and LSD are serotonin agonists, and PCP (angel dust) and ketamine (an animal anesthetic) act as antagonists of the NMDA glutamate receptor. In general, these drugs are not thought to possess the same sort of abuse potential as other classes of drugs discussed in this section.

While the possession and use of marijuana is illegal in much of the United States, since January 2019, it is legal for recreational use in eleven states (Alaska, California, Colorado, Illinois, Maine, Massachusetts, Michigan, Nevada, Oregon, Vermont, and Washington), and medical marijuana use is now legal in over half of the United States. Medical marijuana is marijuana that is prescribed by a doctor for the treatment of a health condition. For example, people who undergo chemotherapy will often be prescribed marijuana to stimulate their appetites and prevent excessive weight loss resulting from the side effects of chemotherapy treatment. Marijuana may also have some promise in the treatment of a variety of medical conditions (Mather, Rauwendaal, Moxham-Hall, & Wodak, 2013; Robson, 2014; Schicho & Storr, 2014). 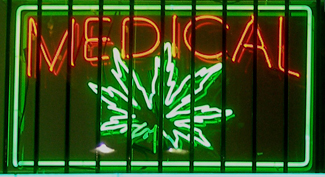 While medical marijuana laws have been passed on a state-by-state basis, federal laws still classify this as an illicit substance, making conducting research on the potentially beneficial medicinal uses of marijuana problematic. There is quite a bit of controversy within the scientific community as to the extent to which marijuana might have medicinal benefits due to a lack of large-scale, controlled research (Bostwick, 2012). As a result, many scientists have urged the federal government to allow for relaxation of current marijuana laws and classifications in order to facilitate a more widespread study of the drug’s effects (Aggarwal et al., 2009; Bostwick, 2012; Kogan & Mechoulam, 2007).

Until recently, the United States Department of Justice routinely arrested people involved and seized marijuana used in medicinal settings. In the latter part of 2013, however, the United States Department of Justice issued statements indicating that they would not continue to challenge state medical marijuana laws. This shift in policy was likely a response to the scientific community’s recommendations and also a reflection changing public opinion regarding marijuana.

Substance use disorder is defined in DSM-5 as a compulsive pattern of drug use despite negative consequences. Both physical and psychological dependence are important parts of this disorder. Alcohol, barbiturates, and benzodiazepines are central nervous system depressants that affect GABA neurotransmission. Cocaine, amphetamine, cathinones, and MDMA are all central nervous stimulants that agonize dopamine neurotransmission, while nicotine and caffeine affect acetylcholine and adenosine, respectively. Opiate drugs serve as powerful analgesics through their effects on the endogenous opioid neurotransmitter system, and hallucinogenic drugs cause pronounced changes in sensory and perceptual experiences. The hallucinogens are variable with regards to the specific neurotransmitter systems they affect.

Then visit the Mouse Party website to see a visual example of how drugs alter the chemicals in the brain.

Now that you’ve learned about the major categories of drugs, test your understanding in the following interactive:

hallucinogen: one of a class of drugs that results in profound alterations in sensory and perceptual experiences, often with vivid hallucinations