Psychology is a relatively young science with its experimental roots in the 19th century, compared, for example, to human physiology, which dates much earlier. As mentioned, anyone interested in exploring issues related to the mind generally did so in a philosophical context prior to the 19th century. Two men, working in the 19th century, are generally credited as being the founders of psychology as a science and academic discipline that was distinct from philosophy. Their names were Wilhelm Wundt and William James.

Structuralism is one of the earliest schools of psychology, focused on understanding the conscious experience through introspection. It was introduced by Wilhelm Wundt and built upon by his student, Edward Titchener. Let’s review a brief history of how structuralism was developed by these two scholars.

Wilhelm Wundt (1832–1920) was a German scientist who was the first person to be referred to as a psychologist. His famous book entitled Principles of Physiological Psychology was published in 1873. Wundt viewed psychology as a scientific study of conscious experience, and he believed that the goal of psychology was to identify components of consciousness and how those components combined to result in our conscious experience. Wundt used introspection (he called it “internal perception”), a process by which someone examines their own conscious experience as objectively as possible, making the human mind like any other aspect of nature that a scientist observed. He believed in the notion of voluntarism—that people have free will and should know the intentions of a psychological experiment if they were participating (Danziger, 1980). Wundt considered his version experimental introspection; he used instruments such as those that measured reaction time. He also wrote Volkerpsychologie in 1904 in which he suggested that psychology should include the study of culture, as it involves the study of people.

Wundt’s version of introspection used only very specific experimental conditions in which an external stimulus was designed to produce a scientifically observable (repeatable) experience of the mind (Danziger, 1980). The first stringent requirement was the use of “trained” or practiced observers, who could immediately observe and report a reaction. The second requirement was the use of repeatable stimuli that always produced the same experience in the subject and allowed the subject to expect and thus be fully attentive to the inner reaction. These experimental requirements were put in place to eliminate “interpretation” in the reporting of internal experiences and to counter the argument that there is no way to know that an individual is observing their mind or consciousness accurately, since it cannot be seen by any other person.

Edward Titchener, one of his students, built upon Wundt’s ideas to develop the idea concept of structuralism. Its focus was on the contents of mental processes rather than their function (Pickren & Rutherford, 2010). Wundt established his psychology laboratory at the University at Leipzig in 1879. In this laboratory, Wundt and his students conducted experiments on, for example, reaction times. A subject, sometimes in a room isolated from the scientist, would receive a stimulus such as a light, image, or sound. The subject’s reaction to the stimulus would be to push a button, and an apparatus would record the time to reaction. Wundt could measure reaction time to one-thousandth of a second (Nicolas & Ferrand, 1999). Experimental requirements of using trained observers and repeatable stimuli were put in place to eliminate “interpretation” of the reporting of internal experiences. However, despite the efforts to train individuals in the process of introspection, this process remained highly subjective, and there was very little agreement between individuals. 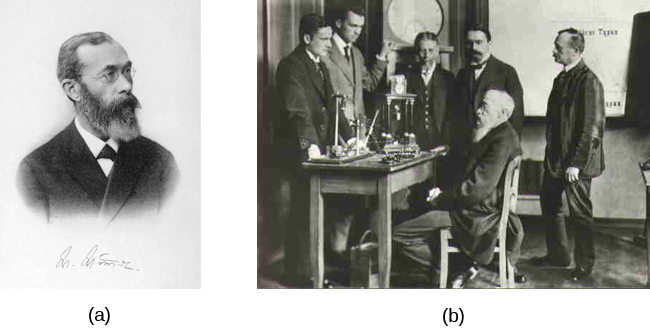 Figure 1. (a) Wilhelm Wundt is credited as one of the founders of psychology. He created the first laboratory for psychological research. (b) This photo shows him seated and surrounded by fellow researchers and equipment in his laboratory in Germany.

Watch this video to learn more about the early history of psychology. 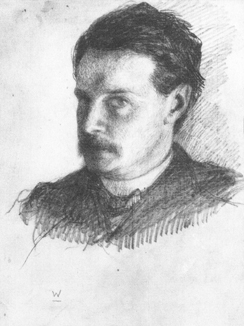 Figure 2. William James, shown here in a self-portrait, was the first American psychologist.

William James (1842–1910) was the first American psychologist who espoused a different perspective on how psychology should operate. James was introduced to Darwin’s theory of evolution by natural selection and accepted it as an explanation of an organism’s characteristics. Key to that theory is the idea that natural selection leads to organisms that are adapted to their environment, including their behavior. Adaptation means that a trait of an organism has a function for the survival and reproduction of the individual, because it has been naturally selected. As James saw it, psychology’s purpose was to study the function of behavior in the world, and as such, his perspective was known as functionalism, which is regarded as another early school of psychology.

Functionalism focused on how mental activities helped an organism fit into its environment. Functionalism has a second, more subtle meaning in that functionalists were more interested in the operation of the whole mind rather than of its individual parts, which were the focus of structuralism. Like Wundt, James believed that introspection could serve as one means by which someone might study mental activities, but James also relied on more objective measures, including the use of various recording devices, and examinations of concrete products of mental activities and of anatomy and physiology (Gordon, 1995).

functionalism: focused on how mental activities helped an organism adapt to its environment
structuralism: understanding the conscious experience through introspection