One major social determinant of human behavior is our social roles. A social role is a pattern of behavior that is expected of a person in a given setting or group (Hare, 2003). Each one of us has several social roles. You may be, at the same time, a student, a parent, an aspiring teacher, a son or daughter, a spouse, and a lifeguard. How do these social roles influence your behavior? Social roles are defined by culturally shared knowledge. That is, nearly everyone in a given culture knows what behavior is expected of a person in a given role. For example, what is the social role for a student? If you look around a college classroom you will likely see students engaging in studious behavior, taking notes, listening to the professor, reading the textbook, and sitting quietly at their desks (Figure 1). Of course you may see students deviating from the expected studious behavior such as texting on their phones or using Facebook on their laptops, but in all cases, the students that you observe are attending class—a part of the social role of students.

Social roles, and our related behavior, can vary across different settings. How do you behave when you are engaging in the role of son or daughter and attending a family function? Now imagine how you behave when you are engaged in the role of employee at your workplace. It is very likely that your behavior will be different. Perhaps you are more relaxed and outgoing with your family, making jokes and doing silly things. But at your workplace you might speak more professionally, and although you may be friendly, you are also serious and focused on getting the work completed. These are examples of how our social roles influence and often dictate our behavior to the extent that identity and personality can vary with context (that is, in different social groups) (Malloy, Albright, Kenny, Agatstein & Winquist, 1997). 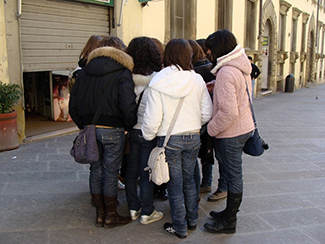 Figure 2. Young people struggle to become independent at the same time they are desperately trying to fit in with their peers. (credit: Monica Arellano-Ongpin)

My 11-year-old daughter, Jessica, recently told me she needed shorts and shirts for the summer, and that she wanted me to take her to a store at the mall that is popular with preteens and teens to buy them. I have noticed that many girls have clothes from that store, so I tried teasing her. I said, “All the shirts say ‘Aero’ on the front. If you are wearing a shirt like that and you have a substitute teacher, and the other girls are all wearing that type of shirt, won’t the substitute teacher think you are all named ‘Aero’?”

My daughter replied, in typical 11-year-old fashion, “Mom, you are not funny. Can we please go shopping?”

I tried a different tactic. I asked Jessica if having clothing from that particular store will make her popular. She replied, “No, it will not make me popular. It is what the popular kids wear. It will make me feel happier.” How can a label or name brand make someone feel happier? Think back to what you’ve learned about lifespan development. What is it about pre-teens and young teens that make them want to fit in (Figure 2)? Does this change over time? Think back to your high school experience, or look around your college campus. What is the main name brand clothing you see? What messages do we get from the media about how to fit in?

Because of social roles, people tend to know what behavior is expected of them in specific, familiar settings. A script is a person’s knowledge about the sequence of events expected in a specific setting (Schank & Abelson, 1977). How do you act on the first day of school, when you walk into an elevator, or are at a restaurant? For example, at a restaurant in the United States, if we want the server’s attention, we try to make eye contact. In Brazil, you would make the sound “psst” to get the server’s attention. You can see the cultural differences in scripts. To an American, saying “psst” to a server might seem rude, yet to a Brazilian, trying to make eye contact might not seem an effective strategy. Scripts are important sources of information to guide behavior in given situations. Can you imagine being in an unfamiliar situation and not having a script for how to behave? This could be uncomfortable and confusing. How could you find out about social norms in an unfamiliar culture?

One famous experiment known for studying the ways that people adopt social roles and scripts was the Stanford prison experiment, conducted by social psychologist Philip Zimbardo and his colleagues at Stanford University. In the summer of 1971, an advertisement was placed in a California newspaper asking for male volunteers to participate in a study about the psychological effects of prison life. The pool of volunteers was whittled down to 24 healthy male college students. Each student was paid $15 per day and was randomly assigned to play the role of either a prisoner or a guard in the study. 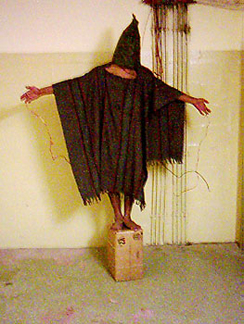 Figure 3. Iraqi prisoners of war were abused by their American captors in Abu Ghraib prison, during the second Iraq war. The abominable behavior  of the guards has drawn parallels to the Stanford Prison Experiment.(credit: United States Department of Defense)

A mock prison was constructed in the basement of the psychology building at Stanford. Participants assigned to play the role of prisoners were “arrested” at their homes by Palo Alto police officers, booked at a police station, and subsequently taken to the mock prison. The experiment was scheduled to run for several weeks. To the surprise of the researchers, both the “prisoners” and “guards” assumed their roles with zeal.

In a relatively short time, the guards came to harass the prisoners in an increasingly sadistic manner, through a complete lack of privacy, lack of basic comforts such as mattresses to sleep on, and through degrading chores and late-night counts. The prisoners, in turn, began to show signs of severe anxiety and hopelessness—they began tolerating the guards’ abuse. After only six days, the experiment had to be ended due to the participants’ deteriorating behavior.

It should be noted that some of the Stanford Prison Experiment’s findings have been called into question, and Zimbardo has been criticized for using unethical and unscientific practices. For example, were the guards and prisoners really following scripts and norms, or were they over-exaggerating their behaviors in order to “please” the experimenter, or re-enacting behaviors they had heard about or seen? Critics have noted that Zimbardo instructed the guards to exert psychological control over the prisoners, and that some of the participants intentionally behaved in a way that would help the study, so that, as one guard later put it, “the researchers would have something to work with.”[1]

The experiment has also been criticized for its small sample size and unrepresentative sample population, especially given that flyers recruiting people for the experiment advertised it as dealing with “prison life”. The results of the experiment have never been successfully replicated. These recent criticisms of the study will hopefully lead to further research that can better explain why people adopt scripts and conform to expected social norms. Can you think of another way to design an experiment that would touch on the way that social roles, norms, and scripts affect behavior?

script: person’s knowledge about the sequence of events in a specific setting
social norm: group’s expectations regarding what is appropriate and acceptable for the thoughts and behavior of its members
social role: socially defined pattern of behavior that is expected of a person in a given setting or group
Stanford prison experiment: Stanford University conducted an experiment in a mock prison that demonstrated the power of social roles, social norms, and scripts