What does it mean to sense something? Sensory receptors are specialized neurons that respond to specific types of stimuli. When sensory information is detected by a sensory receptor, sensation has occurred. For example, light that enters the eye causes chemical changes in cells that line the back of the eye. These cells relay messages, in the form of action potentials (as you learned when studying biopsychology), to the central nervous system. The conversion from sensory stimulus energy to action potential is known as transduction.

You have probably known since elementary school that we have five senses: vision, hearing (audition), smell (olfaction), taste (gustation), and touch (somatosensation). It turns out that this notion of five senses is oversimplified. We also have sensory systems that provide information about balance (the vestibular sense), body position and movement (proprioception and kinesthesia), pain (nociception), and temperature (thermoception). 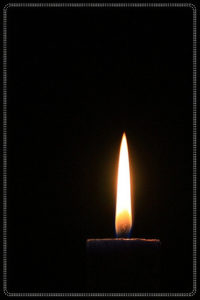 Figure 1. The absolute threshold for detecting light is greater than you probably imagined—the human eye can see a candle on a clear night up to 30 miles away!

The sensitivity of a given sensory system to the relevant stimuli can be expressed as an absolute threshold. Absolute threshold refers to the minimum amount of stimulus energy that must be present for the stimulus to be detected 50% of the time. Another way to think about this is by asking how dim can a light be or how soft can a sound be and still be detected half of the time. The sensitivity of our sensory receptors can be quite amazing. It has been estimated that on a clear night, the most sensitive sensory cells in the back of the eye can detect a candle flame 30 miles away (Okawa & Sampath, 2007). Under quiet conditions, the hair cells (the receptor cells of the inner ear) can detect the tick of a clock 20 feet away (Galanter, 1962).

It is also possible for us to get messages that are presented below the threshold for conscious awareness—these are called subliminal messages. A stimulus reaches a physiological threshold when it is strong enough to excite sensory receptors and send nerve impulses to the brain: this is an absolute threshold. A message below that threshold is said to be subliminal: we receive it, but we are not consciously aware of it. Therefore, the message is sensed, but for whatever reason, it has not been selected for processing in working or short-term memory. Over the years there has been a great deal of speculation about the use of subliminal messages in advertising, rock music, and self-help audio programs. Research evidence shows that in laboratory settings, people can process and respond to information outside of awareness. But this does not mean that we obey these messages like zombies; in fact, hidden messages have little effect on behavior outside the laboratory (Kunst-Wilson & Zajonc, 1980; Rensink, 2004; Nelson, 2008; Radel, Sarrazin, Legrain, & Gobancé, 2009; Loersch, Durso, & Petty, 2013). 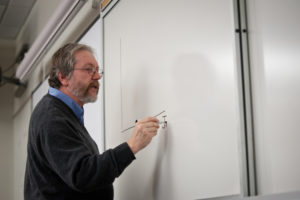 These days, most scientific research on nonconscious processes (processing that occurs while we are awake, but unaware) is aimed at showing that people do not need consciousness for certain psychological processes or behaviors. One such example is attitude formation. The most basic process of attitude formation is through mere exposure (Zajonc, 1968). Merely perceiving a stimulus repeatedly, such as a brand on a billboard one passes every day or a song that is played on the radio frequently, renders it more positive. Interestingly, mere exposure does not require conscious awareness of the object of an attitude. In fact, mere-exposure effects occur even when novel stimuli are presented subliminally for extremely brief durations (e.g., Kunst-Wilson & Zajonc, 1980). Intriguingly, in such subliminal mere-exposure experiments, participants indicate a preference for, or a positive attitude towards, stimuli they do not consciously remember being exposed to. Another example of modern research on nonconscious processes is research on priming. Priming generally relies on supraliminal stimuli, which means that the messaging may occur out of awareness, but it is still perceived, unlike subliminal messaging. Supraliminal messages are perceived by the conscious mind. For example, in one study, shoppers listened to either French or German music (the supraliminal messaging) while buying wine, and sales originating from either country were higher when music from that same country was played overhead.[2]In a well-known experiment by a research team led by the American psychologist John Bargh (Bargh, Chen, & Burrows, 1996), half the participants were primed with the stereotype of the elderly by doing a language task (they had to make sentences on the basis of lists of words). These lists contained words commonly associated with the elderly (e.g., “old,” “bingo,” “walking stick,” “Florida”). The remaining participants received a language task in which the critical words were replaced by words not related to the elderly. After participants had finished they were told the experiment was over, but they were secretly monitored to see how long they took to walk to the nearest elevator. The primed participants took significantly longer. That is, after being exposed to words typically associated with being old, they behaved in line with the stereotype of old people: being slow.Such priming effects have been shown in other domains as well. For example, Dijksterhuis and van Knippenberg (1998) demonstrated that priming can improve intellectual performance. They asked their participants to answer 42 general knowledge questions taken from the game Trivial Pursuit. Under normal conditions, participants answered about 50% of the questions correctly. However, participants primed with the stereotype of professors—who are by most people seen as intelligent—managed to answer 60% of the questions correctly. Conversely, the performance of participants primed with the “dumb” stereotype of hooligans dropped to 40%. Both of these studies have had difficult times replicating, so it is worth noting that the conclusions reached may not be as powerful as originally reported.

Absolute thresholds are generally measured under incredibly controlled conditions in situations that are optimal for sensitivity. Sometimes, we are more interested in how much difference in stimuli is required to detect a difference between them. This is known as the just noticeable difference (jnd) or difference threshold. Unlike the absolute threshold, the difference threshold changes depending on the stimulus intensity. As an example, imagine yourself in a very dark movie theater. If an audience member were to receive a text message on her cell phone which caused her screen to light up, chances are that many people would notice the change in illumination in the theater. However, if the same thing happened in a brightly lit arena during a basketball game, very few people would notice. The cell phone brightness does not change, but its ability to be detected as a change in illumination varies dramatically between the two contexts. Ernst Weber proposed this theory of change in difference threshold in the 1830s, and it has become known as Weber’s law: The difference threshold is a constant fraction of the original stimulus, as the example illustrates. It is the idea that bigger stimuli require larger differences to be noticed. For example, it will be much harder for your friend to reliably tell the difference between 10 and 11 lbs. (or 5 versus 5.5 kg) than it is for 1 and 2 lbs.

absolute threshold: minimum amount of stimulus energy that must be present for the stimulus to be detected 50% of the time
just noticeable difference: difference in stimuli required to detect a difference between the stimuli
mere-exposure effects: the result of developing a more positive attitude towards a stimulus after repeated instances of mere exposure to it.
priming: the process by which recent experiences increase a trait’s accessibility.
sensation: what happens when sensory information is detected by a sensory receptor
signal detection theory: change in stimulus detection as a function of current mental state
subliminal message: message presented below the threshold of conscious awareness
transduction: conversion from sensory stimulus energy to action potential
Weber’s law: Ernst Weber’s discovery that the difference threshold is a constant fraction of the original stimulus and bigger stimuli require larger differences to be noticed