Early Contributions to the Study of Stress

As previously stated, scientific interest in stress goes back nearly a century. One of the early pioneers in the study of stress was Walter Cannon, an eminent American physiologist at Harvard Medical School (Figure 1). In the early part of the 20th century, Cannon was the first to identify the body’s physiological reactions to stress. 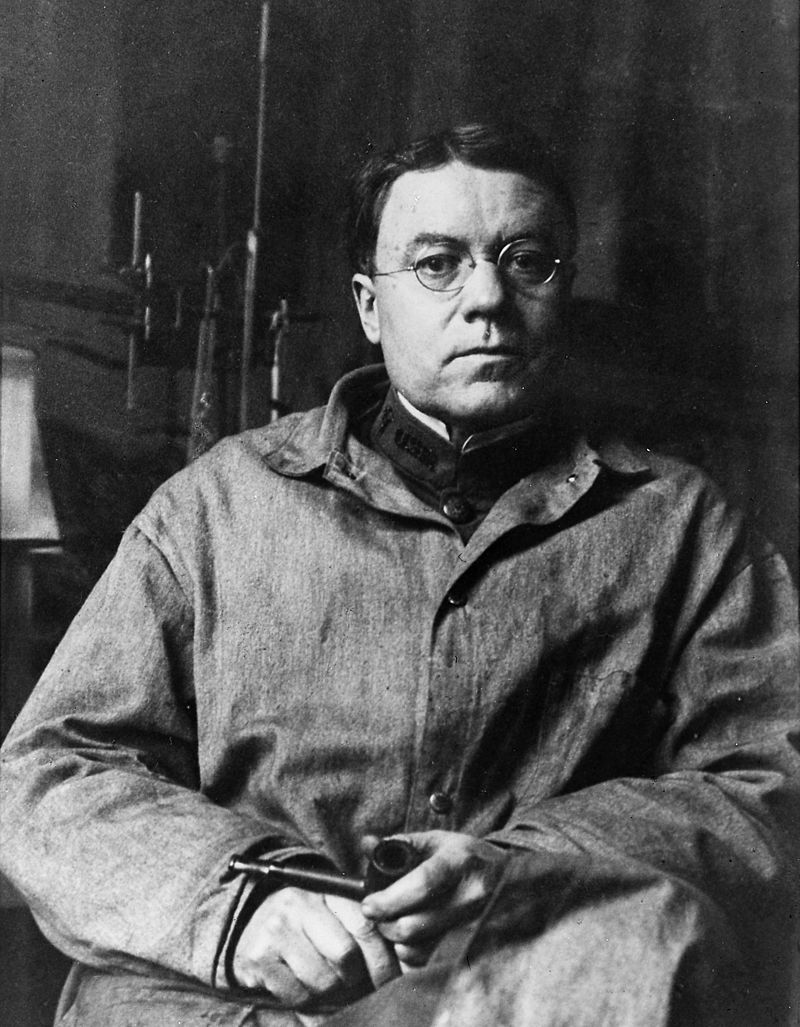 Cannon and the Fight-or-Flight Response

Imagine that you are hiking in the beautiful mountains of Colorado on a warm and sunny spring day. At one point during your hike, a large, frightening-looking black bear appears from behind a stand of trees and sits about 50 yards from you. The bear notices you, sits up, and begins to lumber in your direction. In addition to thinking, “This is definitely not good,” a constellation of physiological reactions begins to take place inside you. Prompted by a deluge of epinephrine (adrenaline) and norepinephrine (noradrenaline) from your adrenal glands, your pupils begin to dilate. Your heart starts to pound and speeds up, you begin to breathe heavily and perspire, you get butterflies in your stomach, and your muscles become tense, preparing you to take some kind of direct action. Cannon proposed that this reaction, which he called the fight-or-flight response, occurs when a person experiences very strong emotions—especially those associated with a perceived threat (Cannon, 1932). During the fight-or-flight response, the body is rapidly aroused by activation of both the sympathetic nervous system and the endocrine system (Figure 2). This arousal helps prepare the person to either fight or flee from a perceived threat.

According to Cannon, the fight-or-flight response is a built-in mechanism that assists in maintaining homeostasis—an internal environment in which physiological variables such as blood pressure, respiration, digestion, and temperature are stabilized at levels optimal for survival. Thus, Cannon viewed the fight-or-flight response as adaptive because it enables people to adjust internally and externally to threats in their environment, allowing them to continue to be alive and overcome the threat.

Selye and the General Adaptation Syndrome

Figure 3. Hans Selye specialized in research about stress. In 2009, his native Hungary honored his work with this stamp, released in conjunction with the 2nd annual World Conference on Stress.

Another important early contributor to the stress field was Hans Selye, mentioned earlier. He would eventually become one of the world’s foremost experts in the study of stress (Figure 3). As a young assistant in the biochemistry department at McGill University in the 1930s, Selye was engaged in research involving sex hormones in rats. Although he was unable to find an answer for what he was initially researching, he incidentally discovered that when exposed to prolonged negative stimulation (stressors)—such as extreme cold, surgical injury, excessive muscular exercise, and shock—the rats showed signs of adrenal enlargement, thymus and lymph node shrinkage, and stomach ulceration. Selye realized that these responses were triggered by a coordinated series of physiological reactions that unfold over time during continued exposure to a stressor. These physiological reactions were nonspecific, which means that regardless of the type of stressor, the same pattern of reactions would occur. What Selye discovered was the general adaptation syndrome, the body’s nonspecific physiological response to stress.

The general adaptation syndrome, shown in Figure 4, consists of three stages: (1) alarm reaction, (2) stage of resistance, and (3) stage of exhaustion (Selye, 1936; 1976). Alarm reaction describes the body’s immediate reaction upon facing a threatening situation or emergency, and it is roughly analogous to the fight-or-flight response described by Cannon. During an alarm reaction, you are alerted to a stressor, and your body alarms you with a cascade of physiological reactions that provide you with the energy to manage the situation. A person who wakes up in the middle of the night to discover her house is on fire, for example, is experiencing an alarm reaction.

If exposure to a stressor is prolonged, the organism will enter the stage of resistance. During this stage, the initial shock of alarm reaction has worn off and the body has adapted to the stressor. Nevertheless, the body also remains on alert and is prepared to respond as it did during the alarm reaction, although with less intensity. For example, suppose a child who went missing is still missing 72 hours later. Although the parents would obviously remain extremely disturbed, the magnitude of physiological reactions would likely have diminished over the 72 intervening hours due to some adaptation to this event.

If exposure to a stressor continues over a longer period of time, the stage of exhaustion ensues. At this stage, the person is no longer able to adapt to the stressor: the body’s ability to resist becomes depleted as physical wear takes its toll on the body’s tissues and organs. As a result, illness, disease, and other permanent damage to the body—even death—may occur. If a missing child still remained missing after three months, the long-term stress associated with this situation may cause a parent to literally faint with exhaustion at some point or even to develop a serious and irreversible illness.

In short, Selye’s general adaptation syndrome suggests that stressors tax the body via a three-phase process—an initial jolt, subsequent readjustment, and a later depletion of all physical resources—that ultimately lays the groundwork for serious health problems and even death. It should be pointed out, however, that this model is a response-based conceptualization of stress, focusing exclusively on the body’s physical responses while largely ignoring psychological factors such as appraisal and interpretation of threats. Nevertheless, Selye’s model has had an enormous impact on the field of stress because it offers a general explanation for how stress can lead to physical damage and, thus, disease. As we shall discuss later, prolonged or repeated stress has been implicated in development of a number of disorders such as hypertension and coronary artery disease.

alarm reaction: first stage of the general adaptation syndrome; characterized as the body’s immediate physiological reaction to a threatening situation or some other emergency; analogous to the fight-or-flight response
fight-or-flight response: set of physiological reactions (increases in blood pressure, heart rate, respiration rate, and sweat) that occur when an individual encounters a perceived threat; these reactions are produced by activation of the sympathetic nervous system and the endocrine system
general adaptation syndrome: Hans Selye’s three-stage model of the body’s physiological reactions to stress and the process of stress adaptation: alarm reaction, stage of resistance, and stage of exhaustion
stage of exhaustion: third stage of the general adaptation syndrome; the body’s ability to resist stress becomes depleted; illness, disease, and even death may occur
stage of resistance: second stage of the general adaptation syndrome; the body adapts to a stressor for a period of time
stress: process whereby an individual perceives and responds to events that one appraises as overwhelming or threatening to one’s well-being
stressors: environmental events that may be judged as threatening or demanding; stimuli that initiate the stress process