Why do Prejudice and Discrimination Exist?

Prejudice and discrimination persist in society due to social learning and conformity to social norms. Children learn prejudiced attitudes and beliefs from society: their parents, teachers, friends, the media, and other sources of socialization, such as Facebook (O’Keeffe & Clarke-Pearson, 2011). If certain types of prejudice and discrimination are acceptable in a society, there may be normative pressures to conform and share those prejudiced beliefs, attitudes, and behaviors. For example, public and private schools are still somewhat segregated by social class. Historically, only children from wealthy families could afford to attend private schools, whereas children from middle- and low-income families typically attended public schools. If a child from a low-income family received a merit scholarship to attend a private school, how might the child be treated by classmates? Can you recall a time when you held prejudiced attitudes or beliefs or acted in a discriminatory manner because your group of friends expected you to?

When we hold a stereotype about a person, we have expectations that he or she will fulfill that stereotype. A self-fulfilling prophecy is an expectation held by a person that alters his or her behavior in a way that tends to make it true. When we hold stereotypes about a person, we tend to treat the person according to our expectations. This treatment can influence the person to act according to our stereotypic expectations, thus confirming our stereotypic beliefs. Research by Rosenthal and Jacobson (1968) found that disadvantaged students whose teachers expected them to perform well had higher grades than disadvantaged students whose teachers expected them to do poorly.

Consider this example of cause and effect in a self-fulfilling prophecy: If an employer expects an openly gay male job applicant to be incompetent, the potential employer might treat the applicant negatively during the interview by engaging in less conversation, making little eye contact, and generally behaving coldly toward the applicant (Hebl, Foster, Mannix, & Dovidio, 2002). In turn, the job applicant will perceive that the potential employer dislikes him, and he will respond by giving shorter responses to interview questions, making less eye contact, and generally disengaging from the interview. After the interview, the employer will reflect on the applicant’s behavior, which seemed cold and distant, and the employer will conclude, based on the applicant’s poor performance during the interview, that the applicant was in fact incompetent. Thus, the employer’s stereotype—gay men are incompetent and do not make good employees—is reinforced. Do you think this job applicant is likely to be hired? Treating individuals according to stereotypic beliefs can lead to prejudice and discrimination.

Another dynamic that can reinforce stereotypes is confirmation bias. When interacting with the target of our prejudice, we tend to pay attention to information that is consistent with our stereotypic expectations and ignore information that is inconsistent with our expectations. In this process, known as confirmation bias, we seek out information that supports our stereotypes and ignore information that is inconsistent with our stereotypes (Wason & Johnson-Laird, 1972). In the job interview example, the employer may not have noticed that the job applicant was friendly and engaging, and that he provided competent responses to the interview questions in the beginning of the interview. Instead, the employer focused on the job applicant’s performance in the later part of the interview, after the applicant changed his demeanor and behavior to match the interviewer’s negative treatment. Have you ever fallen prey to the self-fulfilling prophecy or confirmation bias, either as the source or target of such bias? How might we stop the cycle of the self-fulfilling prophecy?

Watch the following clip to learn more about stereotype threats.

You can view the transcript for “How Stereotypes Affect Your Test Scores” here (opens in new window). 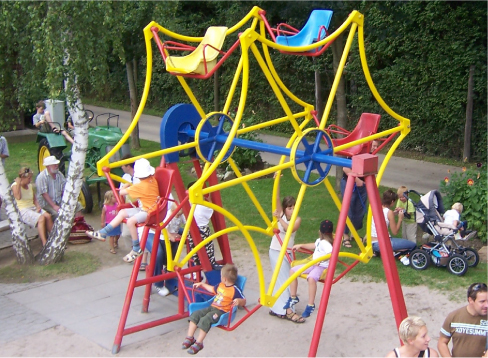 Figure 1. These children are very young, but they are already aware of their gender in-group and out-group. (credit: modification of work by “Reiner Kraft”/Flickr)

As discussed previously in this section, we all belong to a gender, race, age, and social economic group. These groups provide a powerful source of our identity and self-esteem (Tajfel & Turner, 1979). These groups serve as our in-groups. An in-group is a group that we identify with or see ourselves as belonging to. A group that we don’t belong to, or an out-group, is a group that we view as fundamentally different from us. For example, if you are female, your gender in-group includes all females, and your gender out-group includes all males (Figure 1). People often view gender groups as being fundamentally different from each other in personality traits, characteristics, social roles, and interests. Because we often feel a strong sense of belonging and emotional connection to our in-groups, we develop in-group bias: a preference for our own group over other groups. This in-group bias can result in prejudice and discrimination because the out-group is perceived as different and is less preferred than our in-group.

Despite the group dynamics that seem only to push groups toward conflict, there are forces that promote reconciliation between groups: the expression of empathy, of acknowledgment of past suffering on both sides, and the halt of destructive behaviors.

One function of prejudice is to help us feel good about ourselves and maintain a positive self-concept. This need to feel good about ourselves extends to our in-groups: We want to feel good and protect our in-groups. We seek to resolve threats individually and at the in-group level. This often happens by blaming an out-group for the problem. Scapegoating is the act of blaming an out-group when the in-group experiences frustration or is blocked from obtaining a goal (Allport, 1954).

Review the concepts you’ve learned about prejudice and discrimination in this Crash Course video.

confirmation bias: seeking out information that supports our stereotypes while ignoring information that is inconsistent with our stereotypes
discrimination: negative actions toward individuals as a result of their membership in a particular group
in-group: group that we identify with or see ourselves as belonging to
in-group bias: preference for our own group over other groups
out-group: group that we don’t belong to—one that we view as fundamentally different from us
prejudice: negative attitudes and feelings toward individuals based solely on their membership in a particular group
scapegoating: act of blaming an out-group when the in-group experiences frustration or is blocked from obtaining a goal
self-fulfilling prophecy: treating stereotyped group members according to our biased expectations only to have this treatment influence the individual to act according to our stereotypic expectations, thus confirming our stereotypic beliefs
stereotype: negative beliefs about individuals based solely on their membership in a group, regardless of their individual characteristics