Introduction to The Hyperbola

What you’ll learn to do: Evaluate, graph, and solve problems involving hyperbolas

What do paths of comets, supersonic booms, ancient Grecian pillars, and natural draft cooling towers have in common? They can all be modeled by the same type of conic. For instance, when something moves faster than the speed of sound, a shock wave in the form of a cone is created. A portion of a conic is formed when the wave intersects the ground, resulting in a sonic boom. 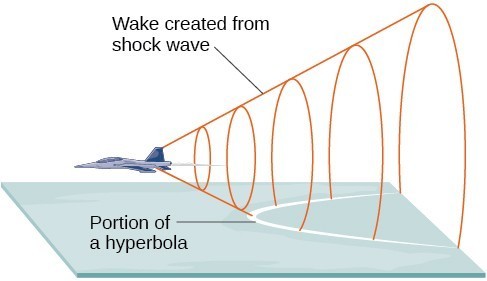 A shock wave intersecting the ground forms a portion of a conic and results in a sonic boom.