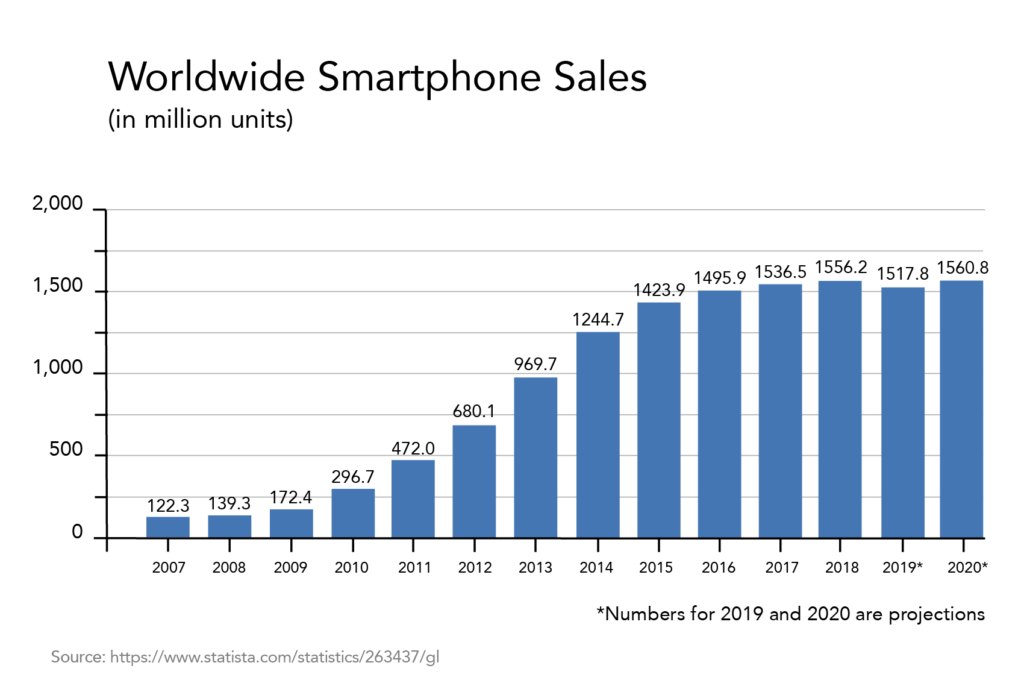 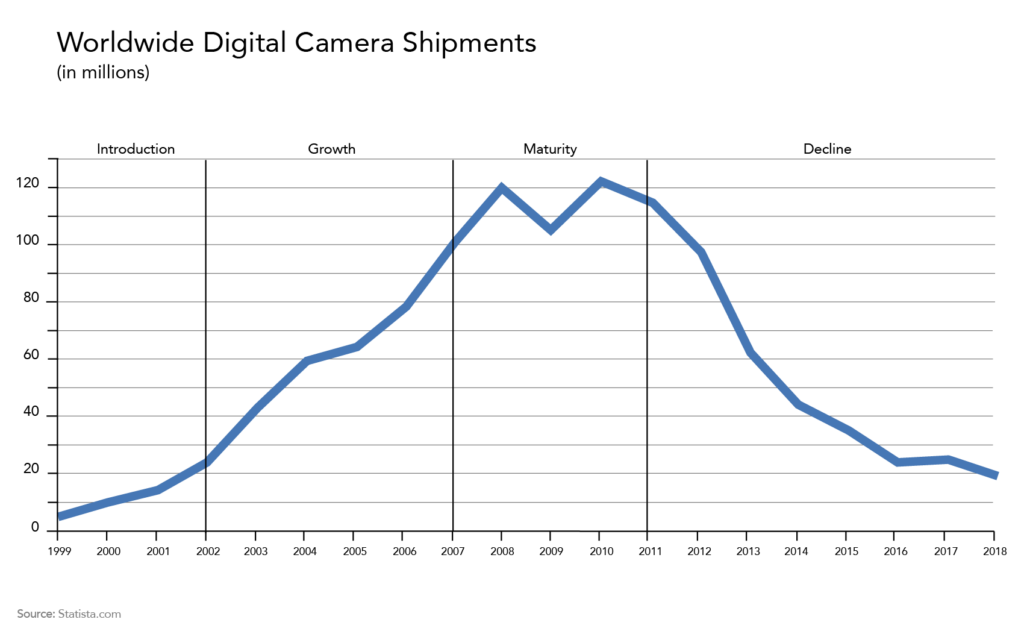 Smartphones are a dominant factor in the product life cycle of digital cameras, iPods, and a number of other products.