Similarly, if we zoom in on the coastline of Portugal[3], each zoom reveals previously hidden detail, and the coastline, while not identical to the view from further way, does exhibit similar characteristics.

We can repeat this process to create later steps. Repeating this process can create intricate tree shapes.[4]

Using iteration processes like those above can create a variety of beautiful images evocative of nature.[5][6]

Continuing this process can create mountain-like structures. This landscape[7] was created using fractals, then colored and textured. 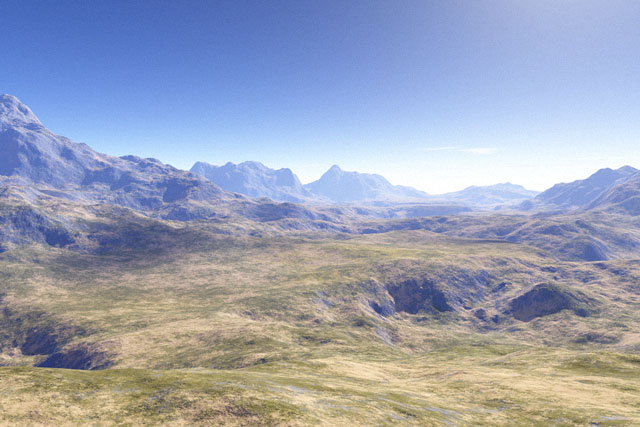