Suppose we are hired by a politician to determine the amount of support he has among the electorate should he decide to run for another term.  What population should we study? Every person in the district? Not every person is eligible to vote, and regardless of how strongly someone likes or dislikes the candidate, they don’t have much to do with him being re-elected if they are not able to vote.

What about eligible voters in the district? That might be better, but if someone is eligible to vote but does not register by the deadline, they won’t have any say in the election either. What about registered voters? Many people are registered but choose not to vote. What about “likely voters?” 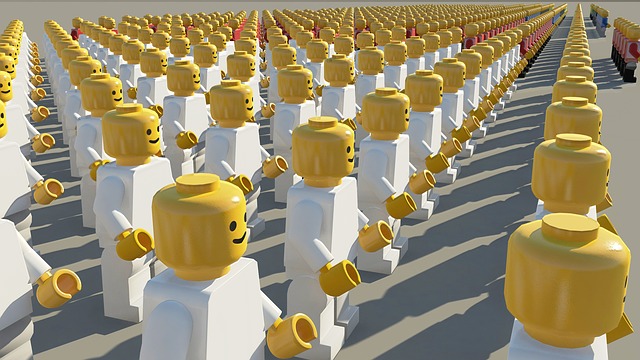 In November 1998, former professional wrestler Jesse “The Body” Ventura was elected governor of Minnesota. Up until right before the election, most polls showed he had little chance of winning. There were several contributing factors to the polls not reflecting the actual intent of the electorate:

But one of the major contributing factors was that Ventura recruited a substantial amount of support from young people, particularly college students, who had never voted before and who registered specifically to vote in the gubernatorial election. The polls did not deem these young people likely voters (since in most cases young people have a lower rate of voter registration and a turnout rate for elections) and so the polling samples were subject to sampling bias: they omitted a portion of the electorate that was weighted in favor of the winning candidate.

A sampling method is biased if every member of the population doesn’t have equal likelihood of being in the sample.

Returning to our hypothetical job as a political pollster, we would not anticipate very accurate results if we drew all of our samples from among the customers at a Starbucks, nor would we expect that a sample drawn entirely from the membership list of the local Elks club would provide a useful picture of district-wide support for our candidate.

One way to ensure that the sample has a reasonable chance of mirroring the population is to employ randomness. The most basic random method is simple random sampling.

If we could somehow identify all likely voters in the state, put each of their names on a piece of paper, toss the slips into a (very large) hat and draw 1000 slips out of the hat, we would have a simple random sample.

In practice, computers are better suited for this sort of endeavor than millions of slips of paper and extremely large headgear.

The natural variation of samples is called sampling variability.

This is unavoidable and expected in random sampling, and in most cases is not an issue.

In stratified sampling, a population is divided into a number of subgroups (or strata). Random samples are then taken from each subgroup with sample sizes proportional to the size of the subgroup in the population.

Stratified sampling can also be used to select a sample with people in desired age groups, a specified mix ratio of males and females, etc. A variation on this technique is called quota sampling.

Quota sampling is a variation on stratified sampling, wherein samples are collected in each subgroup until the desired quota is met.

Suppose the pollsters call people at random, but once they have met their quota of 390 Democrats, they only gather people who do not identify themselves as a Democrat.

You may have had the experience of being called by a telephone pollster who started by asking you your age, income, etc. and then thanked you for your time and hung up before asking any “real” questions. Most likely, they already had contacted enough people in your demographic group and were looking for people who were older or younger, richer or poorer, etc. Quota sampling is usually a bit easier than stratified sampling, but also does not ensure the same level of randomness.

Another sampling method is cluster sampling, in which the population is divided into groups, and one or more groups are randomly selected to be in the sample.

In cluster sampling, the population is divided into subgroups (clusters), and a set of subgroups are selected to be in the sample.

If the college wanted to survey students, since students are already divided into classes, they could randomly select 10 classes and give the survey to all the students in those classes. This would be cluster sampling.

Other sampling methods include systematic sampling.

In systematic sampling, every nth member of the population is selected to be in the sample.

To select a sample using systematic sampling, a pollster calls every 100th name in the phone book.

Systematic sampling is not as random as a simple random sample (if your name is Albert Aardvark and your sister Alexis Aardvark is right after you in the phone book, there is no way you could both end up in the sample) but it can yield acceptable samples.

The Worst Way to Sample

Convenience sampling is the practice of samples chosen by selecting whoever is convenient.

Voluntary response sampling is allowing the sample to volunteer.

A pollster stands on a street corner and interviews the first 100 people who agree to speak to him. Which sampling method is represented by this scenario?

Show Solution
This is a convenience sample.

A website has a survey asking readers to give their opinion on a tax proposal. Which sampling method is represented?

This is a self-selected sample, or voluntary response sample, in which respondents volunteer to participate.

Usually voluntary response samples are skewed towards people who have a particularly strong opinion about the subject of the survey or who just have way too much time on their hands and enjoy taking surveys.

Watch the following video for an overview of all the sampling methods discussed so far.

In each case, indicate what sampling method was used

a. Every 4th person in the class was selected

b. A sample was selected to contain 25 men and 35 women

c. Viewers of a new show are asked to vote on the show’s website

d. A website randomly selects 50 of their customers to send a satisfaction survey to

e. To survey voters in a town, a polling company randomly selects 10 city blocks, and interviews everyone who lives on those blocks.

There are number of ways that a study can be ruined before you even start collecting data. The first we have already explored – sampling or selection bias, which is when the sample is not representative of the population. One example of this is voluntary response bias, which is bias introduced by only collecting data from those who volunteer to participate. This is not the only potential source of bias.

Consider a recent study which found that chewing gum may raise math grades in teenagers[1]. This study was conducted by the Wrigley Science Institute, a branch of the Wrigley chewing gum company. Identify the type of sampling bias found in this example.

Show Solution
This is an example of a self-interest study; one in which the researchers have a vested interest in the outcome of the study. While this does not necessarily ensure that the study was biased, it certainly suggests that we should subject the study to extra scrutiny.

A survey asks people “when was the last time you visited your doctor?” What type of sampling bias might this lead to?

This might suffer from response bias, since many people might not remember exactly when they last saw a doctor and give inaccurate responses.

Sources of response bias may be innocent, such as bad memory, or as intentional as pressuring by the pollster. Consider, for example, how many voting initiative petitions people sign without even reading them.

A survey asks participants a question about their interactions with members of other races. Which sampling bias might occur for this survey strategy?

Show Solution
Here, a perceived lack of anonymity could influence the outcome. The respondent might not want to be perceived as racist even if they are, and give an untruthful answer.

An employer puts out a survey asking their employees if they have a drug abuse problem and need treatment help. Which sampling bias may occur in this scenario?

Show Solution
Here, answering truthfully might have consequences; responses might not be accurate if the employees do not feel their responses are anonymous or fear retribution from their employer. This survey has the potential for perceived lack of anonymity.

A survey asks “do you support funding research of alternative energy sources to reduce our reliance on high-polluting fossil fuels?” Which sampling bias may result from this survey?

This is an example of a loaded or leading question – questions whose wording leads the respondent towards an answer.

Loaded questions can occur intentionally by pollsters with an agenda, or accidentally through poor question wording. Also a concern is question order, where the order of questions changes the results. A psychology researcher provides an example[2]:

A telephone poll asks the question “Do you often have time to relax and read a book?”, and 50% of the people called refused to answer the survey. Which sampling bias is represented by this survey?

These problematic scenarios for statistics gathering are discussed further in the following video.

In each situation, identify a potential source of bias

a. A survey asks how many sexual partners a person has had in the last year

b. A radio station asks readers to phone in their choice in a daily poll.

c. A substitute teacher wants to know how students in the class did on their last test. The teacher asks the 10 students sitting in the front row to state their latest test score.

d. High school students are asked if they have consumed alcohol in the last two weeks.