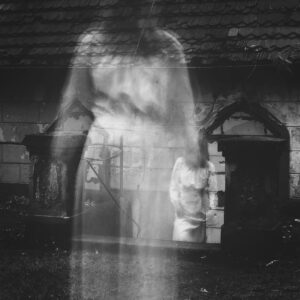 The specific DSM-5 criteria for schizoaffective disorder are as follows: [2]

Two or more of the following presentations, each present for a significant amount of time during a one-month period (or less if successfully treated). At least one of these must be from the first three below:

B. Hallucinations and delusions for two or more weeks in the absence of a major mood episode (manic or depressive) during the entire lifetime duration of the illness.

C. Symptoms that meet the criteria for a major mood episode are present for the majority of the total duration of the active as well as residual portions of the illness.

D. The disturbance is not the result of the effects of a substance (e.g., drug abuse or a medication) or another underlying medical condition.

The following are specifiers based on the primary mood episode as part of the presentation:

A patient must meet the criteria for A–D above to be diagnosed with schizoaffective disorder.

Schizoaffective disorder is one of the most misdiagnosed psychiatric disorders in clinical practice. In fact, some researchers have proposed revisions to the diagnostic criteria, while others have suggested removing the diagnosis from the DSM-5. The challenges lie within the diagnostic criteria itself, since the disorder is part of a spectrum that shares criteria with many other prominent psychiatric disorders found in clinical practice.

This video explains more about the diagnostic criteria and symptoms of schizoaffective disorder.

You can view the transcript for “Schizoaffective Disorder?…What is it?” here (opens in new window).

The term schizoaffective disorder first appeared as a subtype of schizophrenia in the first edition of the DSM. Schizoaffective disorder eventually became its own diagnosis despite a lack of evidence for unique differences in etiology or physiological processes. Therefore, there have been no conclusive studies on the etiology of the disorder. However, investigating the potential causes of mood disorders and schizophrenia as individual disorders allows for further discussion. 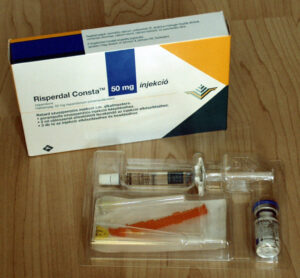 Figure 2. Antipsychotics medications can come as syrups, pills, or injections.

Antipsychotics are used to target psychosis and aggressive behavior in schizoaffective disorder. Other symptoms include delusions, hallucinations, negative symptoms, disorganized speech, and behavior. Most first- and second-generation antipsychotics block dopamine receptors while second-generation antipsychotics have further actions on serotonin receptors. Antipsychotics include, but are not limited to paliperidone (FDA approved for schizoaffective disorder), risperidone, olanzapine, quetiapine, ziprasidone, aripiprazole, and haloperidol. Clozapine is a consideration for refractory cases, much like in schizophrenia.

Patients who have periods of distractibility, indiscretion, grandiosity, a flight of ideas, increased goal-directed activity, and decreased need for sleep, and who are hyper-verbal fall under the bipolar specifier for schizoaffective disorder. Consider the use of mood stabilizers if the patient has a history of manic or hypomanic symptoms. These include medications such as lithium, valproic acid, carbamazepine, oxcarbazepine, and lamotrigine, which target mood dysregulation.

Used to target depressive symptoms in schizoaffective disorder. Selective-serotonin reuptake inhibitors (SSRIs) are preferred due to lower risk for adverse drug effects and tolerability when compared to tricyclic antidepressants and selective norepinephrine reuptake inhibitors. SSRIs include fluoxetine, sertraline, citalopram, escitalopram, paroxetine, and fluvoxamine. It is vital to rule out bipolar disorder before starting an antidepressant due to the risk of exacerbating a manic episode.

Patients who have schizoaffective disorder can benefit from psychotherapy, as is the case with most mental disorders. Treatment plans should incorporate individual therapy, family therapy, and psychoeducational programs. The aim is to develop their social skills and improve cognitive functioning to prevent relapse and possible rehospitalization. This treatment plan includes education about the disorder, etiology, and treatment.

Family involvement is crucial in the treatment of this schizoaffective disorder. Family education aids in compliance with medications and appointments, and helps provide structure throughout the patient’s life given the dynamic nature of the schizoaffective disorder. Supportive group programs can also help if the patient has been in social isolation and provides a sense of shared experiences among participants. 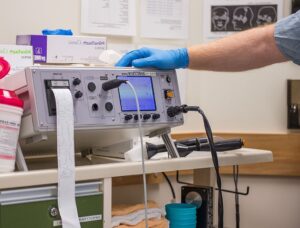 Electroconvulsive therapy (ECT) is usually a last resort treatment. ECT is typically administered by a psychiatrist, an anesthesiologist, and a nurse, as it consists of electrical stimulation to the brain while the patient is under anesthesia. However, not only has ECT been used in urgent cases and treatment resistance, but it should also merit consideration in augmentation of current pharmacotherapy. The most common indicated symptoms are catatonia and aggression. ECT is safe and effective for most chronically hospitalized patients.

Given that the diagnostic criteria of schizoaffective disorder change periodically, prognostic studies have been challenging to conduct. However, a study by Harrison et al., 2001 on the overall prognosis of those with psychotic illness showed that 50% of cases showed favorable outcomes.[4] This study defined a favorable outcome as minimal or no symptoms, and/or employment. These outcomes were highly reliant on early initiation of treatment and optimized treatment regimens as described above.

Left untreated, schizoaffective disorder has many ramifications in both social functioning and activities of daily living, including unemployment, isolation, impaired ability to care for self, etc. Untreated mental disorders have more than just social and functional consequences. Some studies show that as many as 5% of people with a psychotic illness will commit suicide over their lifetime.[5] Research has shown that among all completed suicides, 10% are attributable to those with a psychotic illness.

This video tells the story of Juan, who talks about how he’s managed his schizoaffective disorder diagnosis through an early treatment program.

You can view the transcript for “Schizoaffective disorder: Juan’s Story” here (opens in new window).

electroconvulsive therapy: last resort treatment which involves a brief electrical stimulation of the brain while the patient is under anesthesia