At a very basic level of classification, true animals can be largely divided into three groups based on the type of symmetry of their body plan: radially symmetrical, bilaterally symmetrical, and asymmetrical. All types of symmetry are well suited to meet the unique demands of a particular animal’s lifestyle. 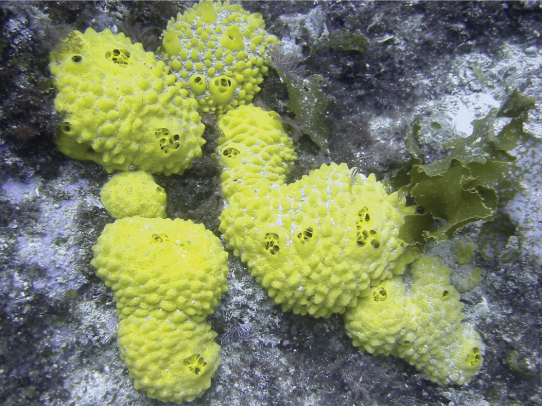 Figure 1. The sponge is asymmetrical. (credit: modification of work by Andrew Turner)

Asymmetry is seen in two modern clades, the Parazoa (Figure 1) and Placozoa –  although we should note that the ancestral fossils of the Parazoa apparently exhibited bilateral symmetry.

Radial symmetry is the arrangement of body parts around a central axis, as is seen in a bicycle wheel or pie. It results in animals having top and bottom surfaces but no left and right sides, nor front or back. If a radially symmetrical animal is divided in any direction along the oral/aboral axis (the side with a mouth is “oral side,” and the side without a mouth is the “aboral side”), the two halves will be mirror images. This form of symmetry marks the body plans of many animals in the phyla Cnidaria, including jellyfish and adult sea anemones (Figure 2). Radial symmetry equips these sea creatures (which may be sedentary or only capable of slow movement or floating) to experience the environment equally from all directions. 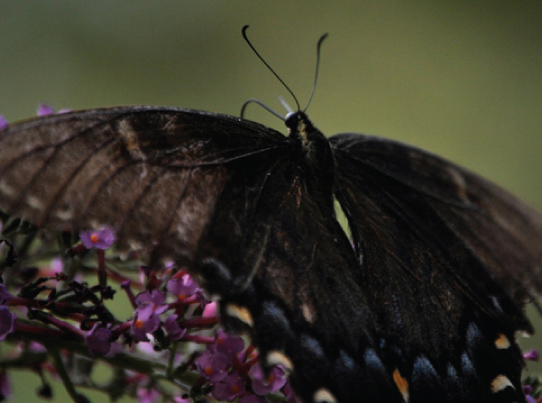 Figure 3. The butterfly is bilaterally symmetrical. (credit: modification of work by Cory Zanker)

Bilateral symmetry involves the division of the animal through a midsagittal plane, resulting in two superficially mirror images, right and left halves, such as those of a butterfly (Figure 3), crab, or human body. Animals with bilateral symmetry have a “head” and “tail” (anterior vs. posterior), front and back (dorsal vs. ventral), and right and left sides (Figure 4). All Eumetazoa except those with secondary radial symmetry are bilaterally symmetrical. The evolution of bilateral symmetry that allowed for the formation of anterior and posterior (head and tail) ends promoted a phenomenon called cephalization, which refers to the collection of an organized nervous system at the animal’s anterior end. In contrast to radial symmetry, which is best suited for stationary or limited-motion lifestyles, bilateral symmetry allows for streamlined and directional motion. In evolutionary terms, this simple form of symmetry promoted active and controlled directional mobility and increased sophistication of resource-seeking and predator-prey relationships.

And the Ctenophora (Figure 5), although they look similar to jellyfish, are considered to have rotational symmetry rather than radial or biradial symmetry because division of the body into two halves along the oral/aboral axis divides them into two copies of the same half, with one copy rotated 180o, rather than two mirror images. 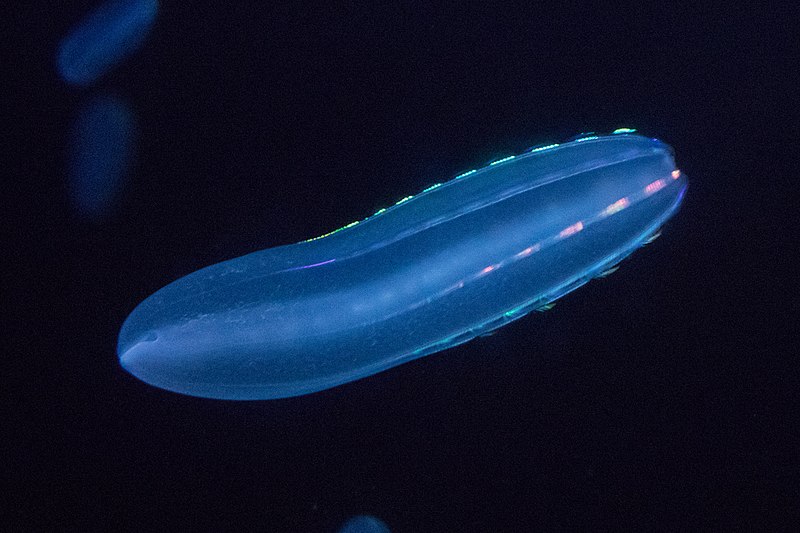 Watch this video to see a quick sketch of the different types of body symmetry.

Animal body plans follow set patterns related to symmetry. They are asymmetrical, radial, or bilateral in form as illustrated in Figure 6. Asymmetrical animals are animals with no pattern or symmetry; an example of an asymmetrical animal is a sponge. Radial symmetry, as illustrated in Figure 6, describes when an animal has an up-and-down orientation: any plane cut along its longitudinal axis through the organism produces equal halves, but not a definite right or left side. This plan is found mostly in aquatic animals, especially organisms that attach themselves to a base, like a rock or a boat, and extract their food from the surrounding water as it flows around the organism. Bilateral symmetry is illustrated in the same figure by a goat. The goat also has an upper and lower component to it, but a plane cut from front to back separates the animal into definite right and left sides. Additional terms used when describing positions in the body are anterior (front), posterior (rear), dorsal (toward the back), and ventral (toward the stomach). Bilateral symmetry is found in both land-based and aquatic animals; it enables a high level of mobility.

Figure 6. Animals exhibit different types of body symmetry. The sponge is asymmetrical, the sea anemone has radial symmetry, and the goat has bilateral symmetry.

A standing vertebrate animal can be divided by several planes. A sagittal plane divides the body into right and left portions. A midsagittal plane divides the body exactly in the middle, making two equal right and left halves. A frontal plane (also called a coronal plane) separates the front from the back. A transverse plane (or, horizontal plane) divides the animal into upper and lower portions. This is sometimes called a cross section, and, if the transverse cut is at an angle, it is called an oblique plane. Figure 7 illustrates these planes on a goat (a four-legged animal) and a human being. 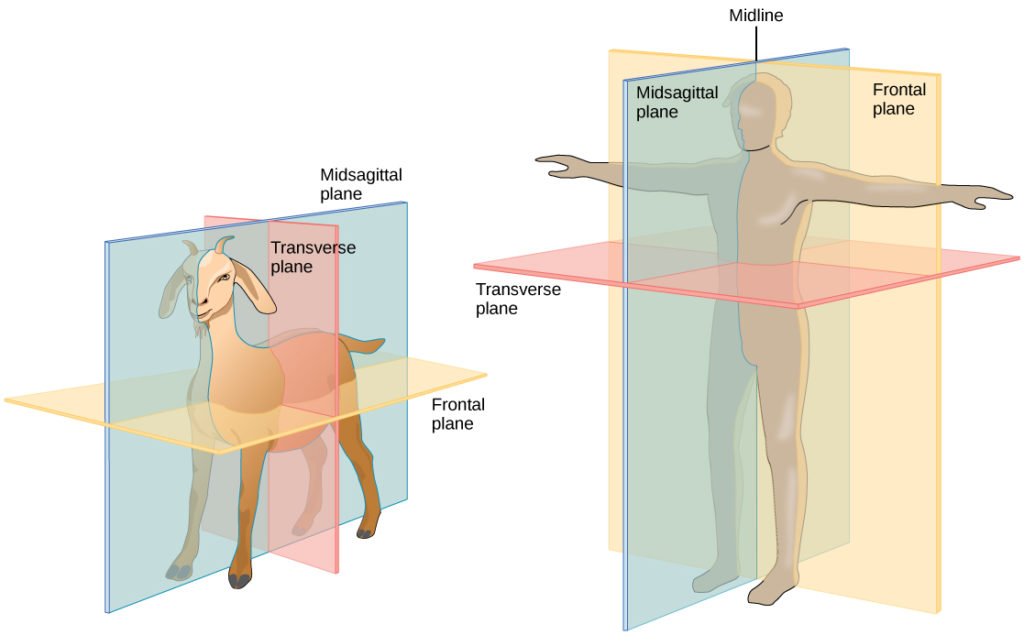