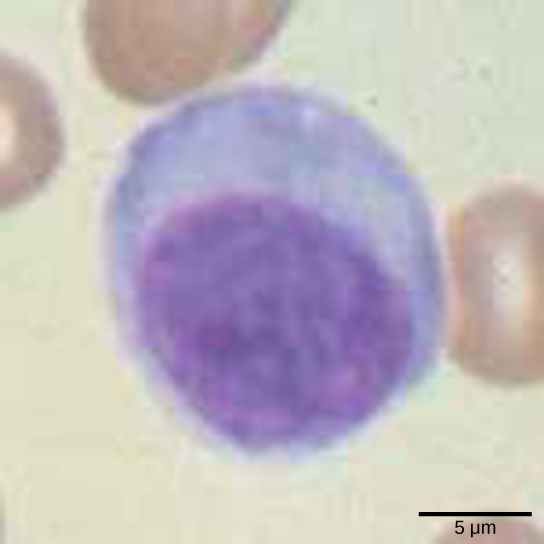 Figure 1. Lymphocytes, such as NK cells, are characterized by their large nuclei that actively absorb Wright stain and therefore appear dark colored under a microscope.

Lymphocytes are leukocytes that are histologically identifiable by their large, darkly staining nuclei; they are small cells with very little cytoplasm, as shown in Figure 1. Infected cells are identified and destroyed by natural killer (NK) cells, lymphocytes that can kill cells infected with viruses or tumor cells (abnormal cells that uncontrollably divide and invade other tissue). T cells and B cells of the adaptive immune system also are classified as lymphocytes. T cells are lymphocytes that mature in the thymus gland, and B cells are lymphocytes that mature in the bone marrow. NK cells identify intracellular infections, especially from viruses, by the altered expression of major histocompatibility class (MHC) I molecules on the surface of infected cells. MHC I molecules are proteins on the surfaces of all nucleated cells, thus they are scarce on red blood cells and platelets which are non-nucleated. The function of MHC I molecules is to display fragments of proteins from the infectious agents within the cell to T-cells; healthy cells will be ignored, while “non-self” or foreign proteins will be attacked by the immune system. MHC II molecules are found mainly on cells containing antigens (“non-self proteins”) and on lymphocytes. MHC II molecules interact with helper T-cells to trigger the appropriate immune response, which may include the inflammatory response.