The urea cycle utilizes five intermediate steps, catalyzed by five different enzymes, to convert ammonia to urea, as shown in Figure 1. The amino acid L-ornithine gets converted into different intermediates before being regenerated at the end of the urea cycle. Hence, the urea cycle is also referred to as the ornithine cycle. The enzyme ornithine transcarbamylase catalyzes a key step in the urea cycle and its deficiency can lead to accumulation of toxic levels of ammonia in the body. The first two reactions occur in the mitochondria and the last three reactions occur in the cytosol. Urea concentration in the blood, called blood urea nitrogen or BUN, is used as an indicator of kidney function. 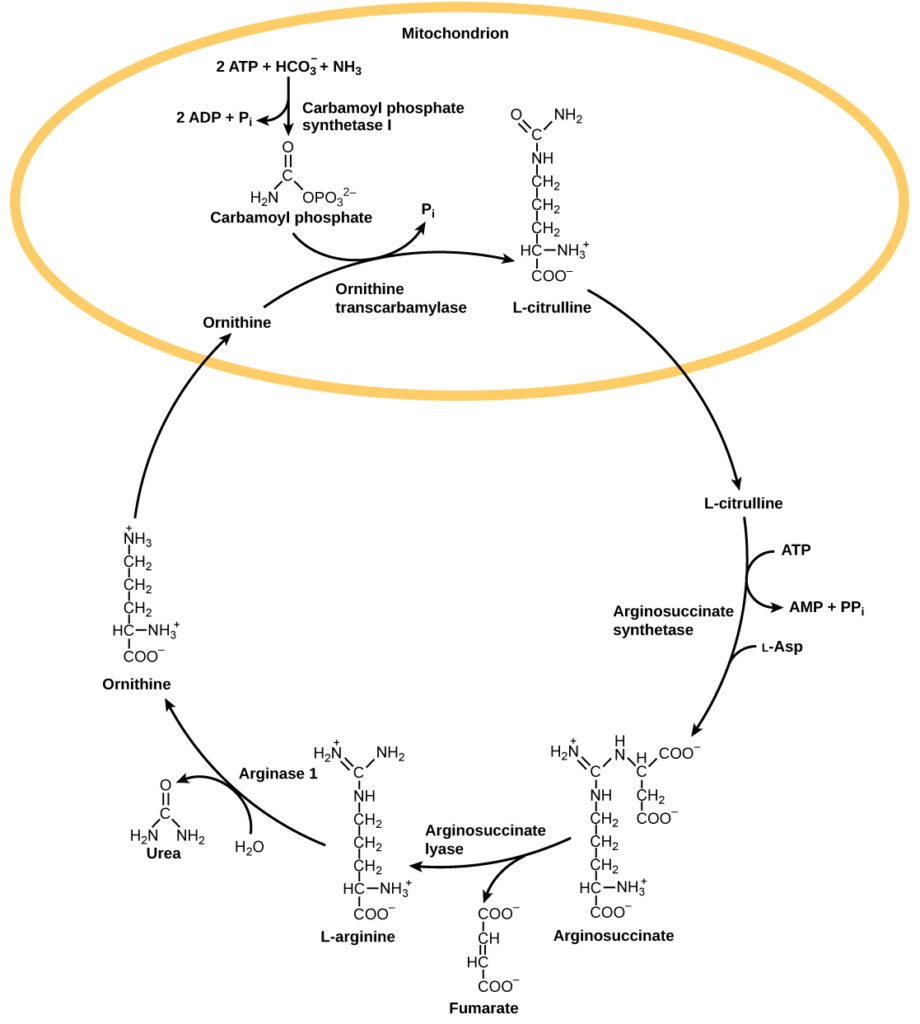 Birds, reptiles, and most terrestrial arthropods convert toxic ammonia to uric acid or the closely related compound guanine (guano) instead of urea. Mammals also form some uric acid during breakdown of nucleic acids. Uric acid is a compound similar to purines found in nucleic acids. It is water insoluble and tends to form a white paste or powder; it is excreted by birds, insects, and reptiles. Conversion of ammonia to uric acid requires more energy and is much more complex than conversion of ammonia to urea Figure 2.

Mammals use uric acid crystals as an antioxidant in their cells. However, too much uric acid tends to form kidney stones and may also cause a painful condition called gout, where uric acid crystals accumulate in the joints, as illustrated in Figure 3. Food choices that reduce the amount of nitrogenous bases in the diet help reduce the risk of gout. For example, tea, coffee, and chocolate have purine-like compounds, called xanthines, and should be avoided by people with gout and kidney stones.