Phloem STEs have reduced cytoplasmic contents, and are connected by a sieve plate with pores that allow for pressure-driven bulk flow, or translocation, of phloem sap. Companion cells are associated with STEs. They assist with metabolic activities and produce energy for the STEs (Figure 1a).

Once in the phloem, the photosynthates are translocated to the closest sink. Phloem sap is an aqueous solution that contains up to 30 percent sugar, minerals, amino acids, and plant growth regulators. The high percentage of sugar decreases Ψs, which decreases the total water potential and causes water to move by osmosis from the adjacent xylem into the phloem tubes, thereby increasing pressure. This increase in total water potential causes the bulk flow of phloem from source to sink (Figure 1b). Sucrose concentration in the sink cells is lower than in the phloem STEs because the sink sucrose has been metabolized for growth, or converted to starch for storage or other polymers, such as cellulose, for structural integrity. Unloading at the sink end of the phloem tube occurs by either diffusion or active transport of sucrose molecules from an area of high concentration to one of low concentration. Water diffuses from the phloem by osmosis and is then transpired or recycled via the xylem back into the phloem sap. 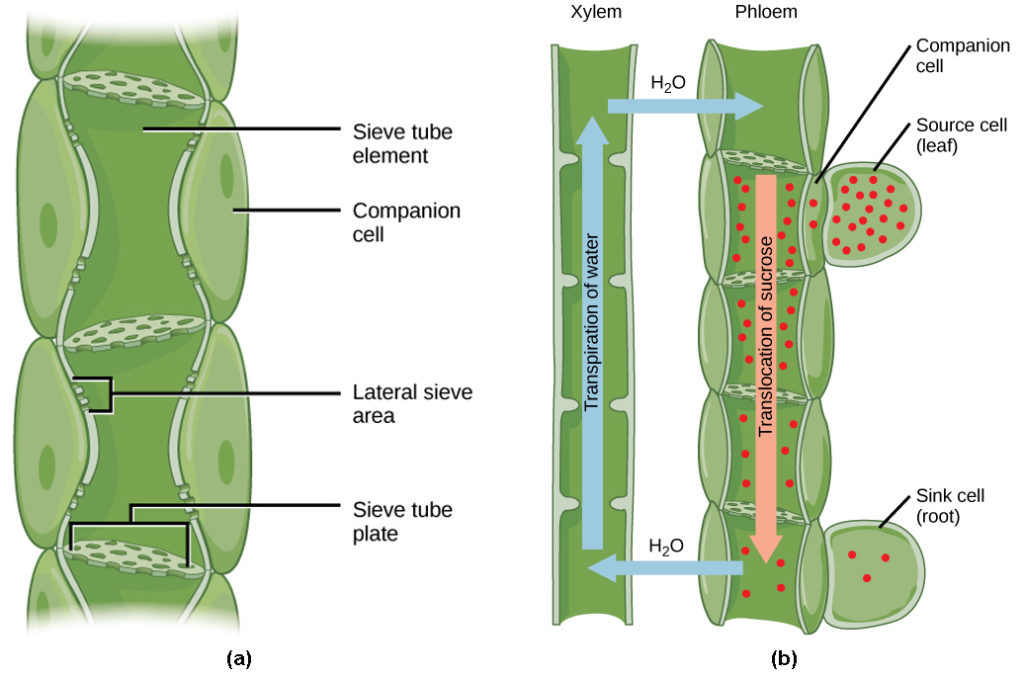